Zach Braff Net Worth 2018 – How Rich is the Scrubs Star 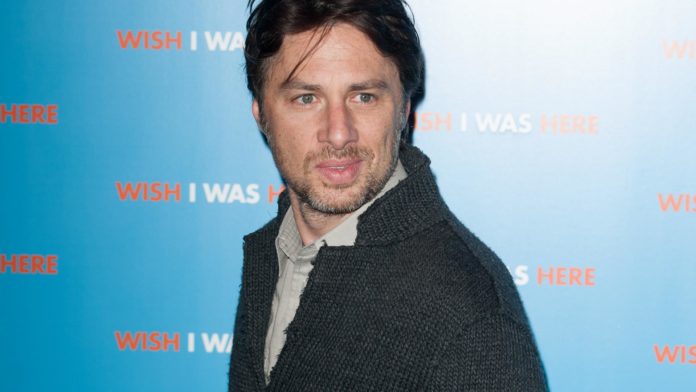 Moving on with my look at the net worth of the cast of Scrubs, not a great sentence that one, let’s take a look at the income and career of the star of the show Zach Braff. He is still best known for his work on the early 2000s sitcom, though he has grown behind the camera in recent years. His directorial debut, in Garden State, won him many accolades, and the film was a financial success. He has come under flak this last while due to his use of the crowdfunding site Kick starter to fund his films, not too much of a surprise to be honest. One of the best ways an actor can be assured of long term income is starring in a sitcom. When Braff was on Scrubs his per episode take home was huge, and being the star means he gets the biggest chunk out of the syndication money, so there is no worry of this actor going broke. His directing work has likely supplemented his Scrubs money rather than surpassed it.

So let’s take a long look at the career of Zach Braff, see where he made his money and  where he might be going in the future.

How Did Zach Braff Make His Money & Wealth? 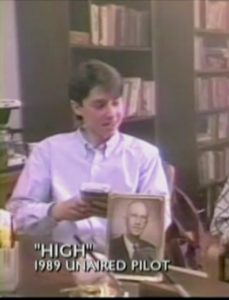 Zach Braff was born on April 6th 1975 in South Orange New Jersey. He was born into an Orthodox Jewish family but these days, while he still identifies as Jewish, does not consider himself a religious person. He has anted to make films since he was a child, and attended a performing school from ages 10 to 18. He attended Northwester University School of Communication, a school that needs a better name, and graduated in 1997.

Braff has been on TV since the early eighties, appearing in a pilot for a show called High in 89. I watched it not too long ago, funny stuff seeing him so young, alongside a pre stardom Gwyneth Paltrow and Craig Ferguson of all people. He had a role in The Baby-Sitters Club as well, but his career would not take off for another ten years, with Scrubs.

Scrubs, as you probably know, was a huge success. Though what I found interesting is that even though he was the star, hard to argue otherwise in my opinion, he was paid parity with co-star Donald Faison, at $75,000 per episode. Great take home for the first season of s sitcom, and I should know. That figure would only grow as time went on. Scrubs is one of my favorite shows. I watched it a lot growing up, and it stood in contrast to many of the other shows I watched due not only to its humor, it kinda ripped off Spaced in that department, but the heart of the show was damn good. There are few sitcoms that could make me cry, Scrubs was one of them, Futurama was another, but I digress. The casting was perfect, the writing was seldom off point, and the premise was engaging, so it is no surprise to me that the show did as well as it did. By the end of the show’s nine year run Braff was pulling in that $1,000,000 pay packet.

In the middle of all that Scrubs success Braff was branching out into other mediums. He wrote, with his brother, and directed the film Garden State in 2004. He also put together the soundtrack album for the flick. It received numerous accolades, and is considered something of a cult classic. Filmed on a budget of $2.5 million, the film pulled in $35 million, making it a commercial success as well. It continues to sell well. After Scrubs Braff has concentrated on his film work, and has directed six films, and many episodes of Scrubs too. He has had one film sitting in development hell for a while though, a remake of the dutch film Open Hearts, starring Mads Mikkelson. I have no idea why he would want to direct a remake of that film, I mean, the original is very highly regarded, and I cannot imagine him surpassing it. Best case scenario he ends up with an emotive film that is consider merely bad in comparison.

In the early 2010s Braff expanded into Theater, appearing in Trust, alongside Sutton Foster. He loved it, and has continued to appear on the stage. he wrote a play in 2011 which debuted at The Second Stage Theater before touring the UK. Overall it seems as though Braff is on the right track. His actin work may be getting a little sparse, but he is more than making up for that with his other projects. Should be interesting to see where he goes from here.

He is not. He has been romantically linked to a number of women over the years, but as recently as last month has stated that he is not ready for marriage.

Where is Zach Braff from?

Zach Braff is from New Jersey.

What did Zach Braff do on Kick starter?

Zach Braff came under fire for using the service to excess. The guy is by no means poor, and wants to direct films. Rather than funding them himself, or going through the studio model, he has taken to promoting kick starter projects in order to raise the cash. It has worked too. I don’t know how I feel about it to be honest. On the one hand he has the money to do it himself, and plenty of folk have done more with less, but George Lucas has said that no one should fund their own film, after his experiences with Empire. Not to mention that if people want to give him the funds who are we to call foul? Tough one to call.

What did Zach Braff do on Punk’d?

This is a great one. Back in 2005 Braff was the subject of a prank. Co-star Donald Faison joined with Ashton Kutcher and got a 12 year old kid to spray paint something on his new car, a Porshe. The paint was temporary. Braff yelled at the kid, who ran away, rather than dealing with the mess on his car he chased the kid down and punched him in the stomach. Bit of an over reaction if you ask me. The footage was “lost” btw.