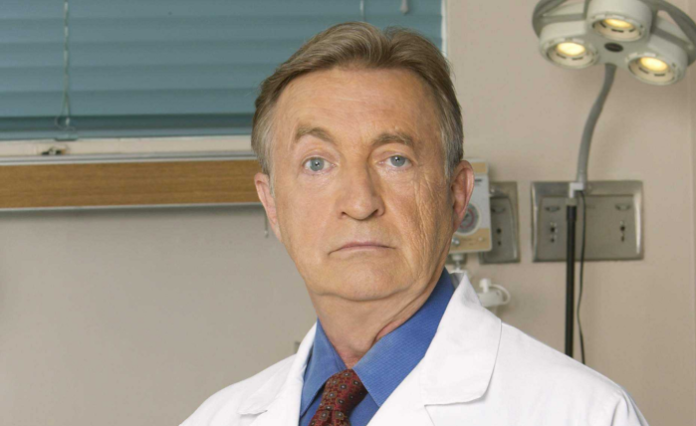 Ken Jenkin’s has been in the business for a long time. He is still best known for the role of Bob Kelso, Chief of Medicine on Scrubs, but it is still weird how often he pops up when I re watch older shows. He started acting in the seventies, but his career never really went anywhere. He jobbed around, showing up in a few shows per year, in bit roles mostly, all the way until the nineties. From the early to late nineties he had recurring roles, was showing up in all kinds of places, which is likely what brought him to the attention of Bill Lawrence, creator of Scrubs. He appeared in 178 episodes of the show, three more than Zach Braff did. He was a major character, though not quite in the list of stars for the ensemble-ish comedy. It means that out of all the former Scrubs actors that I have looked at his personal net worth is far lower.Finding out more about the guy has been difficult, as he is a very private person, but there is enough out there for me to work off.

So let’s take a look at Ken Jenkin’s career, see where he made his money.

How Did Ken Jenkins Make His Money & Wealth? 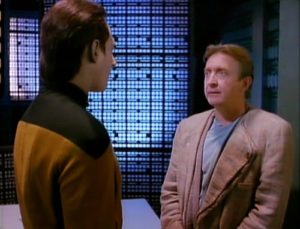 Ken Jenkins was born on August 20th 1940 in Dayton Ohio. Jenkins was an avid actor in high school, citing the works of Tennessee Williams and Shakespeare as being particularly influential on him growing up. He studied acting at Antioch College, and performed on Broadway in the early sixties. In the late sixties he co-founded the Actor’s Theater of Louisville in 1969 and served as the Associate Artistic Director for three years. The group is well known for nurturing some of the most famous play writes of the last thirty years. Jenkins would act there while working as the Associate Artistic Director. He averaged ten plays a year for nearly thirty years, working in some capacity as an actor, writer or director. He would not move to television for years, when he appeared in the critically acclaimed film Matewan.

Since then he has shown up in all kinds of films and movies. He is as versatile as they come, whether he is playing the comedic Bob Kelso or the curious Dr Paul Stubbs in Star Trek The Next Generation or the sad and slowly dying Peter Goldsmith in The Stand. He has had consistent work, but playing a major character on a sitcom was a real boon to his net worth, and he got just that with Scrubs.

Scrubs was a major hit for nearly ten years. I watched it a lot growing up, and Bob Kelso played a villain well. As the show went on he became less outright malevolent, and far more sympathetic, but he could still play the bad guy with aplomb. As a major player on the show he was able to pull in the big bucks, likely hitting $70,000+ per episode byt the half way point and undoubtedly breaking the $100,000 per episode by the time the show finished. As he was not one of the stars I do not reckon he gets a cut of the long term, but I may be wrong, it depends on what he negotiated. Still, it is likely the basis for his wealth.

Since Scrubs Ken Jenkins has shown up sporadically, a few shows here and there. Considering his background in theater it is likely that he returned to it. He has appeared alongside his son at least once, Danny Jenkins is a moderately well known actor on Broadway, having appeared in Mary Poppins. He had a recurring role on Cougar Town, Bill Lawrence’s follow up show to Scrubs. Cougar Town gets a bad rap, and it had a bad start, but by the time the second season rolled around it was actually pretty damn excellent. Well worth the slog. I mean, The Office (U.S.) was fairly terrible in its first season. If you are in the Louisville area you may well see Ken sometime soon, if you are not, then less likely.

He is. Ken Jenkins has been married twice. First in 1958 to Joan Patchen. They divorced in 1969. She passed away in 2000. He remarried in 1970 to Katharine Houghton, an actor and writer in her own right. She is the niece of Katharine Hepburn, and appeared in a few films with her.

Where is Ken Jenkins from?

Ken Jenkins is from Dayton, Ohio.

Does Ken Jenkin’s have any Children?

He does, two. Mathew and Joshua Jenkins and Daniel Jenkins. Daniel is an acotr of some note in his won right, having appeared in a number of TV shows, and in many plays and musicals on Broadway.