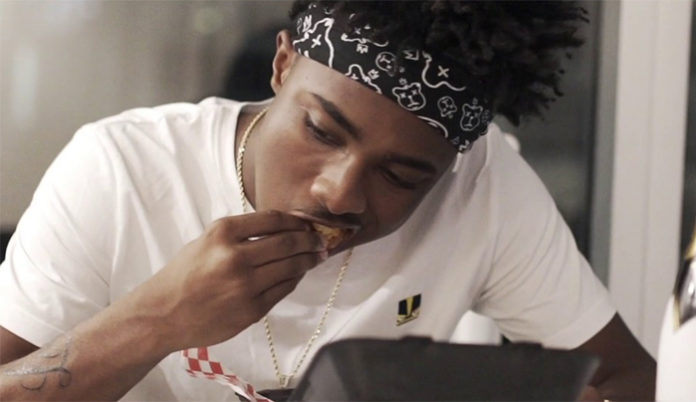 A rapper from Queens, New York, Lou Got Ca$h emerged in 2016 with the mixtape, That’s a Great Name. Responsible for his rise to fame, it spawned many hits including, Famous, 8 Bitches, Back At It, She Say, and Money Up. Later that same year, he dropped his second project, Lounited $tates of America.

Since then, he has released several additional singles including, Make 10, Pipe Down (Remix), Go Louie, and Strip Club, to name a few. Despite being a relative newcomer, the 20 year old has already amassed over 5,600 followers on Soundcloud, to which he uploads most of his work. But that’s not all- he’s also got himself a decent following across Twitter, Youtube, and Instagram- over 50,000 fans to be exact.

An up and coming artist, Lou is showing no signs of stopping- if anything, we can probably expect to see more from the young rapper over the next few years. With that said, how well is he doing for himself now? How rich is he? According to sources, Lou Got Ca$h currently has an estimated net worth of $75,000. Where did he make this money from? Let’s take a look.

How did Lou Got Ca$h Make His Money & Wealth? 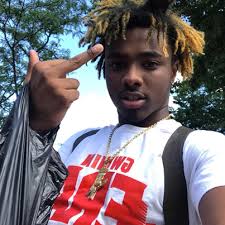 Born on October 20, 1996, Lou Got Ca$h (Real Name: Rahlou Ruth) was raised in Queens, New York, where he lived until his teen years. From Southside Jamaica, the same area that 50 Cent is from, he was introduced to rapping as a young child by his godfather, Rico Danna (a popular musician in Queens). Before long, he had started to take his hobby more seriously; by the time he was in his early teens, he had began to make music using GarageBand on his iPad. Unfortunately, we do not know much else about his early life at this time.

Known for his use of Auto-Tune, the New Yorker made his debut with the mixtape, That’s a Great Name in 2016, after signing to Gwinin Entertainment. Written by the rapper himself with help from from Monty and Bizz Gotti, the project boasted twelve tracks including Can’t Fuck With Us, Pick it Up, Sexy Ladee, Money Up, She Say, Go Louie, and 8 Bitches.

Uploaded to Soundcloud earlier this year, the mixtape has already received thousands of streams since. Going by play count, Go Louie is the most popular song, having been played over 256,000 times on the site. On Youtube, the official music video for Back at It has also proven to be a hit, with more than 214,000 views.

Continuing to showcase his talents, Lou followed up with a second mixtape later that same year. Titled, Lounited States of America, its production was handled entirely by Fast Life Beats. Featuring a guest appearance from Buzz Gotti (who also appeared in his debut title), it gave rise to several new songs including Make 10, and Pipe Down, the latter of which came with accompanying visuals on Youtube. Uploaded to Youtube on March 16, 2017, the music video featuring Remy Boy Monty has since been viewed over 455,000 times, making it the rapper’s most popular track to date.

Aside from his solo releases, Lou has collaborated with a few acts including Twin$ (Volcano), and Dreamdoll (Love is Blind).

At this time, it’s unclear how much Lou has pocketed from music sales. Having said that, it’s likely that his records have yielded him some amount of earnings over the past two years. On top of what made from that, he also earns some money from putting on public appearances.

Though he hasn’t gone on tour yet (which isn’t surprising considering the fact that he’s a relatively new artist), he did put on a show this past spring in his native New York. More specifically, he hit the stage at The Marlin Room at Webster Hall on March 22, 2017. For now, it does not look like he has any additional shows booked for the upcoming months. With that said, it wouldn’t surprise us if he were to hit the road for a few concerts sometime in the near future.

On the side, he also his Youtube Channel which (presumably) generates some degree ad revenue. Since he first launched his account in 2013, Lou has received over 174,000 views- which is impressive in itself considering the fact that he’s only posted a single video to his account.

Assuming that he’s been monetizing the video, LouGotCash x Slayban – Lay Lay Right, he would have yielded a few hundred dollars as a Google partner (e.g. revenue from displaying advertisements).

Is Lou Got Ca$h Married?

No,  Lou Got Ca$h is not married as far as we can tell. Having said that, not much has been revealed about his personal life- including his relationship status.

Does Lou Got Ca$h Have Any Children?

Did Lou Got Ca$h Go to College?

Unfortunately, it has never been revealed how much schooling the rapper has received. For now, it’s assumed that he has not gone to college.

What is Lou Got Ca$h’s Real Name?

The artist’s real name is Rahlou Ruth- though more often that not, he goes by his stage name, LouGotCash.

According to his Twitter location, he currently resides in New York. Unfortunately, we do not have any pictures of his house at this time.

What Kind of Car Does Lou Got Ca$h Drive?

Information on Lou Got Ca$h’s vehicle is currently unavailable.

How Much Did Lou Got Ca$h Make Last Year?

We do not have any information on the rapper’s 2016 earnings at this time.

Want to stay on top of his latest news and announcements? Be sure to follow Lou on social media- you can find him on Twitter at @lougotcash.