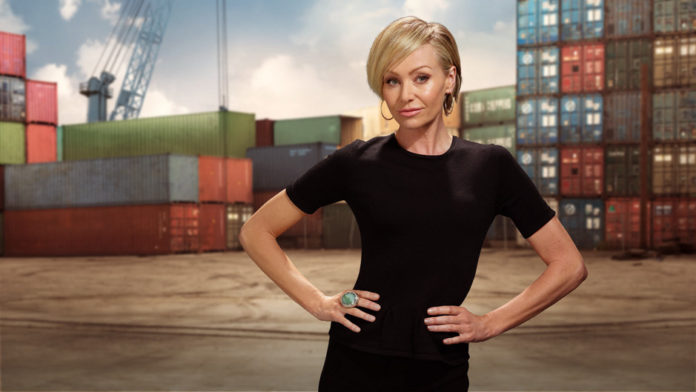 Portia De Rossi has had a relatively light career in front of the camera post Arrested Development. A few good credits in there, don’t get me wrong, but most of her money these days comes from business work rather than television or film. It makes it a touch harder t find concrete information on salary, as there are far fewer negotiation leaks in that world, but after doing a little digging I have found a fair amount of information. This is part of a series on the cast of Arrested Development, and a broader series on sitcom casts in general. She played Lindsay Bluth on the cult hit sitcom, a vacuous LA rich girl all grown up and still pissing away money and pissing off Daddy, much much of her humor coming from simply being self absorbed and thoughtless. She does so wonderfully, and without her a key element of the shows charm would have been lost. With other shows I’ve covered the sitcom tends to be the foundation of the wealth, but with Arrested Development that is not the case. Most of her money was made in the years leading up to the show, with a little more being made after. Of course, being married to Ellen DeGeneres means that we may never know how much of her net worth is self earned.

So let’s take a look at her career, see where she came from and where she might be going.

How Did Portia De Rossi Make Her Money & Wealth? 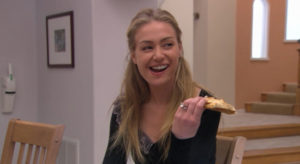 Portia De Rossi has three names, which is a few more than the norm. Her birth name is Amanda Lee Rogers. She changed it to Portia De Rossi when she started modeling in Australia, where she was born. When she moved to the states she continued to go by Portia, named for a character from The Merchant of Venice, and then after marrying Ellen she changed her name again to Portia Lee James DeGeneres. Pretty cool. She was born on the 31st of January 1973 in Horsham Australia. She studied Law at The University of Melbourne before dropping out to pursue acting full time. Her first major role was in an Australian flick called Sirens.

her early career got off to a flying start, with a number of film roles and a major recurring role on Too Something. She appeared in 22 episodes of the Too Something, but the show was cancelled after only one season. Early in any sitcom’s the pay was middling at best. A long running and popular sitcom can see actors pulling in salaries higher than any other type of TV show, but in the beginning it is a little less, typically between $10,000 and $20,000 per episode. After Too Something Portia wasted no time in landing another long running role, playing Elana Lewis in Nick Freno: Licensed Teacher. It was short lived too, but consistent work is important early on in an actors career, and with more than fifty TV episodes under her belt her bank account was looking pretty healthy. She also appeared in four films in the same time period, and film work pays better than television.

In 1998 Portia landed one of her biggest early successes, appearing in Ally McBeal as Nelle Porter. The show was a hit, though came with its detractors. Portia showed up in 89 episodes over four years, even showing up in the weird sitcom concurrent spin off, Ally. De Rossi slowed a little at the turn of the millennium, with only a half dozen credits to her name, but late in 2002 she auditioned for a new pilot. Arrested Development.

Arrested Development is widely considered to be one of the best sitcoms ever made, and for good reason, and when it came back to Netflix it was a cause for celebration. But it is weird to think than when it first aired it was not a success. So few folk watched it that it barely lasted three season, with seasons 2 and 3 being cut way short, 18 for two and 12 for three. A real shame, as the writing was on point, the character were all distinctive, and the comedy styles varied depending on who we were focusing on. De Rossi played Lindsay Bluth, the spoiled rich girl all grown up and floundering in a newly moneyless sea. She did it flawlessly. I cannot find information on the salary of the cast at the time, but seen as the show was not a success on first airing I imagine it was low, likely similar to a first year sitcom for its entire run, with little chance for syndication cash.

De Rossi’s career post Arrested Development has been a bit of a mixed bag. On the one hand she hasn’t been hurting for work, but on the other hand her fame never skyrocketed in the way that Michael Cera or Jessica Walters’ did. A major role on Scandal and a few film parts are all she wrote. Still, it’s not like she’s been sitting around doing nothing. She got married for one thing, and according to her she has been refocusing on business pursuits.

In 2012 word was announced that Arrested Development was to return, with all the main cast reprising their roles, albeit on different shooting days. I liked Season 4 of the show, I thought it was clever, confusing and interesting, but I only occasionally found it funny. Gone was the back and forth dynamic seen among the cast in the first three seasons, and in its place a kind of connect the dots style of humor, where you needed to watch and rewatch it to get everything. On the forth or fifth viewing the episodes click and it’s great, but getting to that point is a bit of an attrition. I do know that what the cast was paid for their performances though, with the lead in an episode getting $125,000, anyone who appears for more than ninety seconds getting $50,000 and less than ninety seconds getting $10,000. Not a bad pay day. I think it is safe to assume at this point that the cast were able to negotiate a cut of the back end this time, and if they couldn’t then they certainly can now with season five on the way.

Overall life has been pretty good to Portia De Rossi. With no new projects announced I think it likely that we will see her speaking at charity events more than acting, which is no bad thing.

She is, and has been in the past too. Her first marriage was to Mel Metcalfe from 1996 to 1999. She has stated that she married him for the green card. Her second marriage was to Ellen DeGeneres in 2008. The couple are still together, but have no children.

Very much so, yes.

Where is Portia De Rossi from?

Portia is from Geelong, Australia.

Her real name is Portia Lee James DeGeneres, changing her surname to match her spouse’s. Her birth name is Amanda Lee Rogers. She named herself after a Shakespeare character, and choose an Italian surname to further her modeling career.

What kind of Philanthropy is Portia De Rossi involved in?

She donates and speaks for a wide variety of charities, with a special interest in LGBT issues, environmentalism and the arts. She has donated to Best Friends Animal Society, Farm Sanctuary, Locks of Love and so many others.