Madison Elle Beer has much to thank Justin Bieber for – she launched into stardom once the famous Canadian singer tweeted a link to her YouTube channel.Later on, Madison was signed to Island and also procured Scooter Braun, Justin Bieber’s manager.

How Madison Elle Beer Got Famous

Madison Elle Beer was born in Jericho Long Island’s, New York on March 5, 1999. Her parents are Tracie and Robert there, an interior designer and a homebuilder respectively. The pair are now divorced, and her dad has remarried. Madison also has a younger brother named Ryder. Both of them grew up in Jericho, and Madison attended Jericho Middle School, which promises “Success for Every Student.” At least with Madison, they definitely lived up to that promise.

In her biography, which is all in lowercase letters, Madison asserts that she has “honestly been singing since (she) came out of the womb.” In addition to singing, she tried out a bunch of different instruments like piano, drums, and guitar. Her singing lead her to post videos of herself on YouTube singing cover songs, much like Justin Bieber did. Her channel showed off her talent and range as she covered many different styles of songs, from power ballads by Adele to the R&B stylings of Lauryn Hill. But it was one particular song that launched her career. Justin Bieber caught wind of her after watching her cover of At Last by Etta James, and shared it on his Twitter page. Since Bieber is followed by tens of millions of fans, it was at that point that Madison was destined for fame.

Madison Elle Beer was signed to Justin Bieber’s label, Island Records, after she went viral and trended on Twitter. Since achieving almost instant fame, Madison has released two albums. Her first studio album, Unbreakable, was released on June 17, 2014. 2014 was also the same year that she attains more than 1 million followers on Twitter. In her early years, she mostly concentrated on poppy songs about the typical stuff like being yourself, and boys. With her second album, Dead, Madison decided to evolve her music into something a bit edgier. She wanted it’s first single, as well as the rest of the album to reflect her growing maturity as an artist, and show off her newfound attitude. When she’s not concentrating on her music, she is focusing on being a positive role model, and uses her platform to advocate for bullying victims in general, and LGBT youth specifically.

Madison is currently single, but she dated fellow singer Jack Gilinsky from 2015 to 2016. She also was briefly seeing Brooklyn Beckham, who is the semi-famous son of soccer star David Beckham, and his wife Victoria, who is a former Spice Girl. Madison has stated that she is taking time to be single and focus on her career. She is clearly not looking for anything serious. 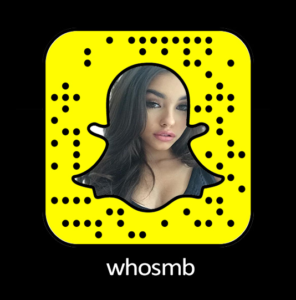 While the musician doesn’t share her personal Facebook profile with her fans, Madison Elle Beer’s official Facebook page is full of content for her fans to enjoy. She has gathered over 2,900,000 followers since she first started her page, and you can join them by clicking here. Madison tends to post about things that she is involved with, such as the video of her acting to raise funds for jaguars in an effort to save the Endangered Species Act. She uses the social media platform to inform her fans about her upcoming shows and to offer them the ability to purchase new merchandise from her store. Occasionally, Madison posts videos of herself performing live. She also uses her celebrity status to share crowdfunding pages for fans in need, such as this young lady with cancer.

Madison Elle Beer has posted to Instagram over 1,900 times and gained 10 million followers in the process. You can join them to get all of the young singer’s content by clicking here. On it, you will find a bunch of promotional photos and a couple candids of Madison, some at award shows, and some of her performing. There is a rather impressive shot of an enormous crowd at one of her concerts, and an adorable pic of her dog, a fluffy labradoodle.

What is Madison Elle Beer’s Kik Username or Code?

On the 15th of October in 2012, Madison announced to her fans via Twitter that she did not have a Kik messenger account, an ask.fm, or an aim account. She implied that anyone who said differently was lying. It does not appear that she has changed her mind in the last 5 years or so.

You can find the singer on Twitter @madisonbeer, or by clicking here. She joined in January of 2011 and has amassed 2.39 million followers along the way. Madison Elle Beer uses the platform to post her random thoughts such as “I could listen to someone speak French for hours” and “I’m jealous of the rain that falls upon your skin. it’s closer than my hands have been.” She also occasionally replies to fans that tweet at her, and she also talks about her music, and what tv shows she is currently watching. It’s pretty great.

Madison joined Youtube on February 26, 2012. She has 346,188 subscribers, and a grand total of 16,557,686 views on her videos. You can follow her by clicking here. She posts all of her official videos, as well as videos from photo shoots, and even a personal video giving her opinion on bullying awareness.