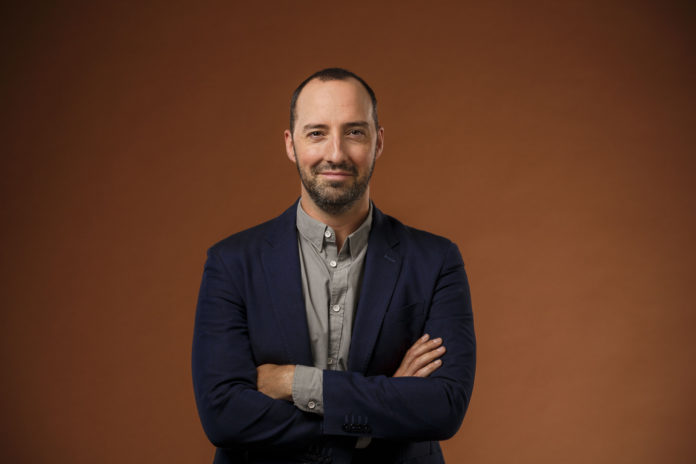 Getting to the end of this series, sad to move on, loved Arrested Development, but all things must etc, etc. Tony Hale played Buster Bluth on the show, resident Momma’s boy, and probably the most obvious example of arrested development on the program. He’s been working since the late nineties, but it was AD that propelled his career to where it is today. Seldom is it that a failed TV show can improve the careers of the cast, but that is just how good a show it was. These days he is on Veep, which is an American adaptation of UK show The Thick of It, and it is fantastic. It’s got a few of the same creative team behind it, and while I prefer the original there are more than enough differences to make Veep well worth checking out. But that is not the crux of this article, I am here to check out Tony Hale’s net worth, see how much money he’s made in the business, and as per usual, it is listed a little more lowly than I thought it would be.

So let’s take a look at the career of Tony Hale, see where he made his money and where he might be going in the future.

How Did Tony Hale Make His Money & Wealth? 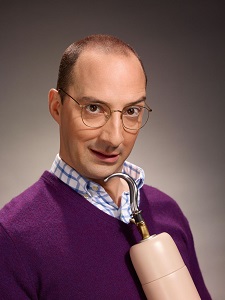 Tony Hale was born on September 30th 1970 in West Point New York. He was raised in Florida and got into acting at a very young age. He played in the Young Actor’s Theater in Tallahassee up to his graduation from Leon High School in 1988. He moved to Alabama to attend college, Samford University, where he studied Journalism. he then went on to complete graduate work at Regent University in Virginia before moving to New York in 1995. He lived there for ten years, and founded The Haven, a Christian Arts Group in the city.

He landed a few commercials in the mid nineties, which led him to bit parts on television. Nothing of any real note in the early days, but the pay day for minor roles on popular shows was usually around $5,000 to $10,000 at the time, depending on the extent of the part. He was still jobbing around by the time Arrested Development was in the works, and auditioned for a part. He landed the role of Buster Bluth, youngest child not yet pushed from the nest at 33.

Arrested Development was far from a major hit. It was almost universally critically acclaimed, but the audience just wasn’t there at the time. I didn’t even watch it until a few years after it had been cancelled. Looking back I can’t help but be a bit pissed at Fox, between Firefly, Arrested Development and Dark Angel it seemed that anything good was brought to the chopping block after too short a time on the air. If you haven’t seen the show, or the other two I mentioned, give them a go.

Tony Hale played the man child Buster Bluth extremely well, his performance in the opening episode “Well Obviously the blue part on the map is the land” had me laughing more than any other. His character grew more than the others as well, and the whole Loose seal gag was absolute gold. Unfortunately when a sitcom does not make money the actors can’t make bank, so it is likely that for the entire duration of the original run of the show Hale was making season one money, in and around $30,000 per episode. So unlike every other sitcom cast I have looked at the folks of Arrested Development do not have the strong sitcom foundations on which to build their wealth.

Thankfully Tony Hale was in high demand after the cancellation of the show. He had multiple guest appearances on a variety of shows per year since 2003, and even a few recurring parts in well regarded sitcoms, like Chuck and Drunk History. His most famous role post AD is Veep, a political comedy set in the White House.

In addition to steady TV work Hale has been appearing in movies for the last two decades. Few starring parts to his name, but the volume of work more than makes up for that. As I am so fond of pointing out, bit parts in films tend to pay a lot more than television, so with more than three dozen credits since 1999 we have a better understanding of his net worth.

Arrested Development returned in 2013, and Tony Hale was again playing Buster Bluth, on Netflix this time. The forth season of the show was not as well received as the other three, due to the limited availability of the principle cast. It was very seldom you would see more than two or three of them on screen at once, and seen as one of the main reasons the original is so beloved is due to the chemistry and comedic styles of the performers gelling so well, it is not hard to understand why. But it did a few new things, and really experimented with the binge watch format, so for me it was a real treat. I do know the exact income figures on this one as well. Each episode is centered on one of the family, with the star being paid $125,000 per episode. If a cast member appears for more than 90 seconds they got $50,000, if they appear for less than that they got $10,000. Hale only starred in one of the episodes that season, but was a featured character in a number of others, so it looks like it was a pretty decent pay day for the actor.

Going forward we can expect to see Hale in a few films, three in 2018, and of course the next season of Arrested Development. It has been shooting since August, and everyone is available at the same time, so I expect a nice blend of the repeatability of the newest season with the cast synergy of the original show. Should be a good time.

He is. Tony Hale married award winning make up artist Martel Thomas in May of 2003. The couple are still together, and have one child, a girl called Loy Ann Hale.

Where is Tony Hale from?

Tony Hale was born in New York, but was raised in Florida. His father was in the military, then taught Nuclear Physics, so I imagine he does not think of anywhere as a true home town.

What kind of Philanthropy is Tony Hale involved in?

Tony Hale is a devout Christian. Helping others is central to his beliefs. A look at his philanthropic work is very telling in that regard. He stared The Haven in New York, a center for artistic Christians, as a means to form a mental support system in a business that takes its toll on people, due to constant rejection. He also supports and donates to a wide variety of charities, including The American Cancer Foundation, Cancer Research UK and has contributed to Stand Up to Cancer.

His favorite show is The Carol Burnett Show, a sketch show from the late sixties early seventies. He cites Tim Conway, a star in the latter half of the shows run, as a major influence on his own comedy.