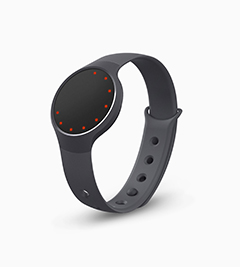 If there’s one area with my health I’m happy with, it’s the amount I track it. I have both an iPhone and an Apple watch, and with a slew of apps and Apple Health, I’m able to find out every last detail of my life. Step count, sleep, everything. But what if I didn’t have to buy (NZ) $2000 worth of hardware in order to track my step count and sleeping habits? The Misfit Flash is the answer to low-cost trackers from the likes of Jawbone and FitBit. Like the trackers offered by it’s competition, the Misfit Flash opts for a slightly unconventional design to add a feature that I’m sure is worth it. How does the Misfit Flash stack up against it’s competitors? Is it worth the cost? Find out in this review!

The Misfit Flash is placed right at the bottom of the range of trackers offered by Misfit. As of today, it’s currently sitting at around $15 USD, which far undercuts most of the competition. While it is the cheapest tracker, it still retains a lot of features, and has an astonishing 6 month battery life.

As I just mentioned, the Misfit Flash looks a bit different to all the other trackers. Instead of being mostly pill shaped, the Misfit Flash has a rounded face, like a watch, except much slimmer. While this does mean that it looks odd to have it next to a normal watch, you most likely won’t need to. That’s because the Misfit Flash actually tells the time. This is a crucial feature missing from many other low cost trackers out there, and I think it’s one of the best features of the device. “Isn’t it supposed to be a tracker?” you might ask. Well, it *is* a great tracker, but the fact that it tells the time means that it can actually replace what’s currently sitting on your wrist right now, instead of having to bring yet another device with you out the door.

This feature does come with some caveats, but we’ll get to that later.Aesthetically, the misfit flash is a relatively good looking device. Though it doesn’t have a fancy AMOLED touchscreen display or a digital crown, it’s still decent looking. It’s simplicity really makes it not stand out on your wrist, which is great, as it isn’t a glamorous time-piece. Even though it’s pretty discreet, it could do with a bit of metal or at least silver coloured accentuation, as it’s all-plastic build makes it look ever so slightly like a slap wrist band. Still, thanks to it’s changeable bands, you can alter it’s look to match your style, though only the plain ones are discreet.

As with any tracker, the Misfit Flash’s bread and butter is tracking your health statistics, whether that be steps, distance, or sleep. In addition to this, the Misfit Flash is able to tell the time. This is an awesome feature, as it means that it can (almost) fully replace your watch. There is one small caveat, and that is that it can only tell you the time to the nearest 5 minutes. The “display” on the Misfit Flash is circular array of 12 small LEDs, which light up according to the time. This means that it’s a fairly imprecise watch, but it should be good enough for those who don’t run on an ultra-tight schedule.

Since the Misfit Flash tracks steps, using calculations based on your stride length, it can also track the distance which you walked/ran on that day. It’s not as accurate as it would be on a GPS device, like the Apple Watch Series 3, but then again, it’s only around $15. On my iPhone, I’ve been using a third party app for tracking calories, but you can also track calories on Misfit’s own app. I’m going to include that as a feature of the Misfit Flash, since it’s advertised as a feature on Misfit’s website. Battery life is another feature that the Misfit Flash really succeeds in. While some may prefer to plug in every few days, the Misfit Flash uses a button cell that delivers up to 6 months of usage. That’s excellent battery life, considering you’ll be using LEDs to check the time.

The Misfit Flash is an accurate tracker, which is to be expected for any tracker by a reputable company by now, so it is a given, but where it stands out is it’s utility with the apps that Misfit make. Most importantly, the Misfit Flash syncs with the iOS and Android Misfit apps, so you can access your important health data there. syncing is relatively easy, and stock-standard, but the presentation on Misfit is rather special. While it’s not as practical as the offerings by Fitbit, it’s one of the slickest looking fitness apps I’ve ever used, and it looks absolutely amazing.

However, the real standout feature of the Misfit Flash is it’s ability to be used as a clicker. For example, you can click the Misfit Flash to take a picture with the Misfit Link app, as well as use it as a clicker on a presentation. In addition, you can control your music, so there’s no need to take out your phone if you want to change the song. This ability to communicate back to the phone like that is amazing, and something I haven’t seen on any other trackers so far.

The Misfit Flash is a button tracker, so you might expect it to have very good waterproofing. Unfortunately, that doesn’t seem to be the case, as it’s only water resistant. This means that while you may be able to track your runs in the rain, you definitely won’t be able to track your swims. It’s a shame, but this sort of waterproofing is reserved for the more expensive trackers on the market, like the Apple Watch Series 3.

If you haven’t already guessed it, at $15, this is an absolute steal for what you get in return. A timepiece, a fitness tracker with sleep tracking, AND a programmable button all in one? Where can you find that elsewhere for just $15? Sure, it’s not the best looking device, and it isn’t exceedingly comfortable nor extremely feature rich, but at $15, it puts the rest of the market to shame. My favourite feature of the device would have to be the programmable button – something that I’d always wished my Fastfox tracker had. For $15, I’m fairly certain it can’t be beaten.

If you’re in the market for a fitness tracker/watch, and you don’t care about the precise time, the Fitbit Flash is a strong choice. It has good fitness tracking capabilities, and functions somewhat as a watch. It’s also a smartphone-connected button which you can use to change the slides at a presentation, control music, and take photos with. For $15, it represents some of the best value for money I’ve ever witnessed, and even though I already own an Apple Watch, I’m considering buying one for myself.