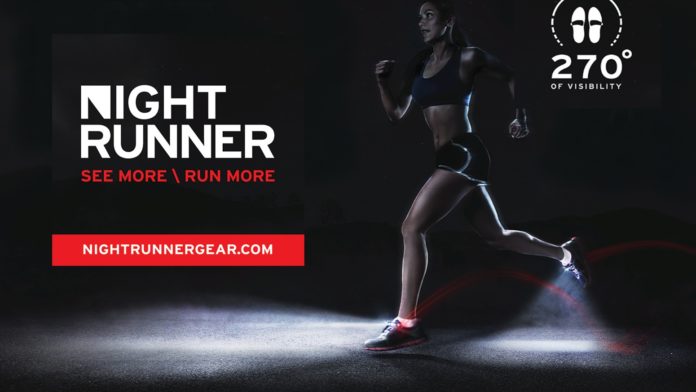 Two entrepreneurs literally run into the Shark Tank. They are here to present a product for running enthusiasts. Stepping into the Shark Tank are Renada and Doug Storer, married runners from Orlando, Florida. They accidentally stumbled onto a bright idea; they have come seeking $250,000 in exchange for a 10% stake in their company. The reality is that Doug was the one who stumbled – he was training for his 5th marathon early one morning when he hit a pothole that he couldn’t see. He took a dive, was injured, and hobbled home. He came through the door and said that he needs headlight for his sneakers!

He actually did say that, Renada explains, and he does have a bright idea every once in awhile. The resulting idea was the Night Runner 270 shoe lights, which provide 270 degrees of visibility around you, 150 lumens out in front with a 30 feet distance. This is all to identify any tripping hazards that might come in your path. Even better, Night Runner 270s are water resistant so they can weather the rain and uneven terrain. Night Runner 270 lets people do what they love to do, but stay safe and injury free. The two know that Sharks love to feed in the night, so who is hungry for a bright idea?

Renada and Doug then distribute samples to each of the Sharks. They actually have some shoes with them if any of the Sharks would like to try them out – Mark offers to serve as a guinea pig. Barb says that they would ruin her outfit, so she’ll stay seated. With the shoes untied, you slip the shoe lights onto the top row. Mark takes off running, then says that they’re nice – you don’t notice that they’re there. You can’t feel them, and Lori starts to walk around as well. 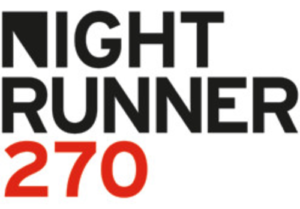 Robert probes for more details, and Renada reveals that they only have about $15,000 left in the fund, so their backs are really up against a wall. When Barb goes out biking in the morning, she can barely find her own spot on the road in Central Park. There’s so many bikers out, and she rarely sees someone running at night in a city of 8 million people. She feels as though they are mistrusting the quantity of people who want to run at night, so from her personal experience, she is the first Shark out of the deal.

Doug then says that there is more, such as people who work the night shift. In the occupational safety market, this is huge – the Night Runner 270s are perfect for people who work at night, like construction works, department of transportation workers, and more. Barb feels like they are reaching for points to make their product feel more wholesome, but Mark feels like they’re on the right path. Anyone who works in the dark and has shoelaces has a need for shoe lights. Kevin says that this is more interesting, as he can see broader industrial applications than consumer applications.

Part of the problem is the name of “Night Runner.” However, the new model is called the “Night Shift,” which Doug says is the next generation of lights. They know that they can get their feet wet with the running enthusiast market, but with the occupational safety market, they can really take off. But why can’t the existing product do that right now, Robert wants to know. The battery life is the issue – the Night Runner 270s run for four hours, while the Night Shift runs for eight to 10 hours.

Robert is impressed and feels like he can help to grow the product line. He is the first Shark to extend an offer, which is $250,000 in exchange for 30% of the company. Kevin then steps into the negotiation, saying he likes the product. He thought he was initially going to exit, but when they showed him the industrial product, that got his juices flowing since it made more sense to him. If this becomes a standard safety item, the mining and security markets could be huge. Kevin extends an offer of $250,000 for 15%, undermining Robert’s offer. Barb says that the two should grab the offer right away. 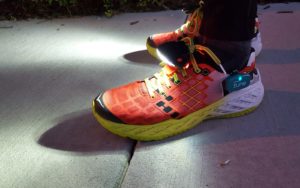 Lori raises her hand, then says she has a question. They could take Kevin’s offer, or they could take Robert’s offer – however, they could also take her offer behind door number two. They should ask themselves if they feel lucky, and to emphasize the high tensions, the show cuts away to a commercial break. Upon return, Lori offers $300,000 for 20% of the company. This is a little bit more money but for a little more equity. Lori is not a runner, but she is a walking. She loves the idea because it’s a smart product, and that’s why she wants to be involved – smart products are what she does.

Doug says that preparing for this opportunity was hard since every single one of the Sharks offers something that they need. Barb calls him a “schmoozer,” but Doug goes on. The sales are increasing in the southern hemisphere, but Barb says that they have 3 offers on the table and they need to stop selling their idea and take an offer. Tensions grow tighter. They have three offers on the table – $250,000 for 30% and 15%, and $300,000 for 20%. Robert changes his offer – $200,000 for 15%. This is the amount needed to get some inventory and get the product out, and on top of that, he’ll give them $150,000 as a pure loan with conditional terms. His total offer is $350,000 for a 15%, which includes a $150,000 loan.

Mark has been silent the whole time, but he steps up now since he has been interested the whole time. The product will take a lot of work, so he offers the $250,000 in exchange for 30%. However, he does offer unlimited purchase order financing with that. Robert says that Mark is going the other way since he’s back up to 30%. Renada and Doug ask to talk amongst themselves outside. All of the offers are good, but Robert is the most in tune with running. Kevin believes in the occupational safety of it, which is the highest evaluation so far. 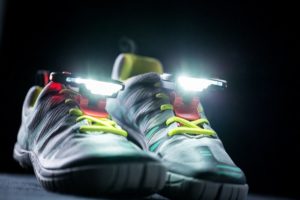 Inside the Shark Tank, Robert agrees with Mark that this will require a lot of work. Kevin then says that he is not interested in the running market, but the industrial market aspect. He then offers to the Sharks that they all go in together for the 30%. Robert then responds why don’t they go up to 35%, and Mark says that they are on their last $15,000. Renada and Doug re-enter. Before they have a chance to start, Kevin explains that they have talked amongst themselves. To sum up, they have received two offers across four Sharks – however, there is a new offer on the board. With three Sharks on board, Kevin offers $250,000 for 30% between Kevin, Robert and Lori.

Robert explains that he thought they would be willing to part with equity. However, Doug says that they came in looking at 20% ownership being a ceiling, so he is looking for offers that would cap the equity at 20%. None of the Sharks would take that deal, since the product and business would require a lot of work. If they want to team up with multiple Sharks, they need to leave meat on the bone, Kevin says. Lori then says that since they wanted to do it for 20%, she offered $300,000 for 20%. She would do the $250,000 for 20%, and she has effectively left the team of Kevin and Robert. This is a true ‘Shark Move,’ Robert says.

The deal splits apart, and every single one of the Sharks is back into business for themselves – they all return to their original offers. In the end, Doug and Renada choose to take a deal Robert. They initially offered Robert and Lori a chance to team up, but Lori was firm on receiving 30% of the company. Robert is the new Shark investor for Night Runner 270. 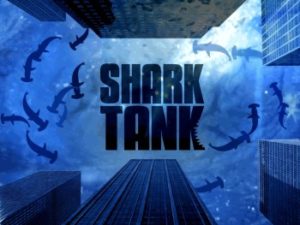 Night Runner 270 After Shark Tank – Where is the business now?

Unfortunately, Night Runner 270 seems like a success story that was too big to fail. However, the Night Runner 270 was exactly that. Their deal with Robert was never cemented, and Robert never became a controlling interest in the company – instead, Renada and Doug reached out to one of their investors shortly before this episode of Shark Tank aired and asked for an investment to make 10,000 units. 10,000 units were made, and their website crashed after the episode of Shark Tank aired.

Reviews for the Night Runner 270 are extremely polarizing; Amazon has rated them at 4.95 stars over more than 290 different reviews. However, numerous running enthusiast blogs have slammed the product, saying that they fall off too easily and that you can actually feel them while they’re clipped on. Despite this, the product seems to be flying off the shelves. You can pick up a pair of Night Runner 270s for only $59.95 from Amazon, and this even includes Prime Shipping!