Toor Before the Shark Tank

Before appearing on the Shark Tank, Junior had been flipping houses since he was 18 years old. He made a living as a real estate agent, and broker. He saw a lack in the real estate market, seeing the old lockboxes that were typically used as out of date and in need of reinvention. That’s why he ended up coming up with Toor, a smart lockbox that worked with a smartphone app. He had a campaign for his new invention on Kickstarter and ended up generating $100,000 worth of presales. Let’s see if the Sharks would invest in this brand new idea.

Toor on the Shark Tank

Junior walked out onto the stage and into the Shark Tank. He faced the Sharks, introduced himself, and said that he was from Dallas Texas. This got Mark very excited. He told the Sharks he was seeking $500,000 in exchange for 10% equity stake in his company, Toor. He began his presentation by telling the Sharks that buying a home should be fun and exciting. At the moment, home buying was frustrating and time-consuming. He asked them to imagine that they were driving down the street, looking for the perfect property, and wanted to find out more about it. He said that the options were to call an agent, wait for days for an appointment, and make time out of your busy schedule to make a tour. The other option was to wait weeks for an open house. He said that he made an invention that was capable of allowing people to tour the location right on the spot.

He said that his invention was the 1st lockbox that allows both real estate agents and potential clients to access a lockbox without an agent there. He addressed Barbara and said that had open some doors in her career. He asked her to come up to the stage. Barbara complied. Junior asked the Sharks to imagine that Barbara was driving down the street and sees a property for sale. She would pull up the Toor app on her smartphone and sends a request. Once the seller approves her showing, Barbara is able to tour the property. Barbara would walk up to the box, press the power button until you see the color wheel and press open for the app and the lockbox opens up to show the key. She will be able to tour the property on her own or with a realtor.

Junior said that once Barbara was done with her tour, all she had to do was put the key back in the lockbox and press close on the Toor app. The camera panned to the Toor device closing on its own. He said that the real estate agent would get a notification saying that Barbara has completed the tour. Barbara was now able to leave feedback on the app, and be on her way. Junior ended his presentation by asking the Sharks which one of them wanted to open the door to this opportunity.

Kevin asked what if the person taking the tour does not redeposit the key but closes it anyway. He said that if the key is removed for a certain period of time, the seller would get a notification to say that the key had not been put back. Lori said that she was not sure that would want someone to go unescorted on her property. Junior said that the beauty of this product is that the seller gets to determine what type of house showing would be the right one for you. If the seller wants an agent present, they simply require an agent present.

Kevin asked for numbers. He wanted to know how many lockboxes Toor had sold. Junior said 0. The Sharks all looked very disappointed. Junior explained that they had a successful Kickstarter campaign where they’d sold over 800 boxes and raised over $100,000. So they have over $100,000 in presales. The lockbox sells for hundred and $99. Mark asked how much it cost to get it to the customer, and Junior said that it costs $50 to make it, and then $75 once it’s delivered to the customer.

Kevin asked Junior to defend his 5 million-dollar valuation. Junior explained that they made money by charging a monitoring fee for the lockbox is which was $100 a month. Chris mentioned that he was in the market for a new house, and he visited 15 of them last Saturday. He said they each one there is an electronic lockbox where the realtor just held their phone up and the lockbox opened so Junior had only added one incremental change to that concept. Junior said that he was much more different than that. With the other lockbox, you had to wait for the agent to let you in. Chris said that that it was a big difference, that wasn’t necessarily defensible to say that this was an entirely new product. Barbara told Chris to calm down and let Junior talk.

Junior asked Chris to imagine being able to see 5 properties in one day on his own without calling the real estate agent, and the agent calling the showing company, and the showing agent calling the listing agent. Chris told him that no one hates wasting time more than he does, but he didn’t see why the company that already has massive market share do the exact same thing. Junior said that the incumbents in the industry were old and dated, and disconnected from realtors today. Chris said that he wasn’t able to see how someone that already had a smart lockbox that was working with Bluetooth was old and disconnected.
Lori asked Junior what his secret sauce was on this. Junior said that they had a patent pending, which was a utility patent on the ability to open and close the lockbox mechanically without physically closing which enables the remote opening and closing.

Mark asked Chris to stop and asked him that when he scheduled going to see those 15 houses how he did it. Chris said that he saw half of them with a realtor and half of them on his own. Mark said that that was not what he asked. He wants to know how Chris had scheduled them. Kevin noted that Junior had Sharks arguing over his business model. He asked Barbara, the real estate mogul if she would invest $500,000 in the business. Barbara said that was a tough call. She thought that he absolutely served the need, and she didn’t think that they are going to get any innovation at out of the old guys in the industry. Barbara said that he was also one of the best salespeople that she had ever seen in his life. Lori said that she liked people who created better mousetraps. She said that it was too early for her to invest, and she went out.

Kevin said that there is no denying that the great salesman. Kevin said that he would like to be invested in a damn good sales guy, and he was going to structure an interesting deal. He’d give him the $500,000 in 2 components. He would give him $100,000 in exchange for 10% equity. Then he would loan him the $400,000 Kevin want to charge him 18% for the $400,000, which is what he would pay in the market. Junior said that he wanted to consider the offer, but Kevin wanted the decision at this moment. Mark jumped in and said that if he knew anything about the real estate business at all then he would jump in with him. As it stands, he doesn’t see a path where he could advise Junior. He went out.

Barbara said that he would like to join Kevin on his offer. She has a contingency because Toor as a business with no sales at all was extremely high risk. The offer was contingent on them selling the lockboxes to a large retailer chain. Barbara and Kevin said that they would both help him do that. Barbara said that was nothing but making the calls to the heads of the firms, and allowing Junior to make his great sales presentation. Kevin said that they would just get the door open for him. Chris said that Junior was a great salesperson, but he was looking at outdated technology. Chris went out. 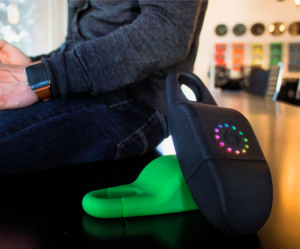 Toor is still in its pre-sale stage. They have a long way to go, but with Barbara and Kevin helping out, Junior is sure to succeed. This article will be updated as more information becomes available.