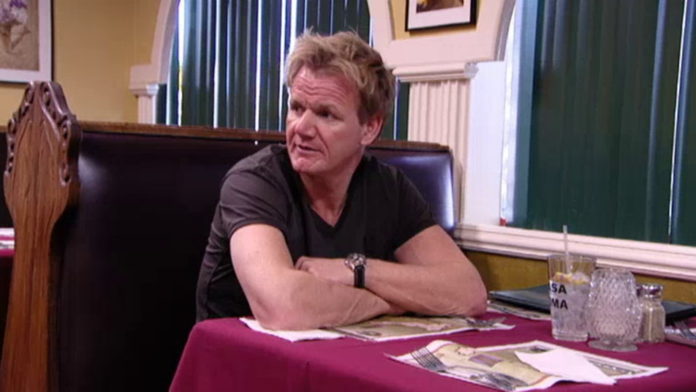 Founded in 1958 and located in Lancaster, California, Nylah, and Jeremy, a mother and son team bought the failing restaurant and have likewise been struggling since. As opposed to a restaurant with a bar, it’s the other way around with plenty of bar business but almost no cooking going on. In two and a half years, Casa Roma has had 20 chefs, meaning the average tenure is only around 45 days. The current chef, Eric, is shown as aggressive and against his own kitchen staff. It doesn’t help that neither owner has had any food experience. Can Ramsay offer enough help to get this historic landmark up to modern stuff? Let’s find out.

As soon as Ramsay walks in, he finds Nylah and Jeremy working the bar, which is packed. The restaurant is totally empty, however. Ironically, despite Jeremy having previously worked in carpet cleaning, the floors are downright filthy. When he gets to the dining room, the place is likewise filthy, and the seats are tiny and uncomfortable. To make matters worse, as Chef Ramsay is ordering some stuffed mushrooms, a Monte Cristo, and a Casa Roma deluxe pizza, he notices the menu has misspelled the word “dining” as “dinning”. When the orders are brought back to the kitchen, Eric makes the comment that he doesn’t care about or for Ramsay’s reputation in the slightest and that he “means nothing [to him]”. 15 minutes past ordering, nothing has come out yet, which gives him enough time to swap the seating to make the booth a bit more relaxing. 35 minutes in and the chef is taking a smoke break as opposed to cooking. By the time an hour passes, some of the food finally comes in, which makes Ramsay from a nap. Sadly, given the appearance of the food and the taste (or lack thereof) he may have been better off in whatever dream he was in. When the Monte Cristo comes in, it’s covered in powdered sugar and is dripping grease to the point it was capable of being wrung out. The pizza dough is raw and thick.

Afterwards, Ramsay holds a staff meeting with the kitchen to ask them what they were thinking. It’s an obvious embarrassment, and Eric tries to dodge some blame and then calls it a bad day. It’s clear his ego is in the way of any skill, if he has any, and Eric walks out. When confronted later, Eric asks for a second chance so as to not appear flat-footed. The next thing the viewer sees is that he attempts to spell the special of the night, a Sicilian Eggplant, as “Cecilian Eggplant”. In the kitchen, Chef Gordon meets Jimmy, another family member who is roaming around and “trying to help” while drinking a cranberry and vodka. When dinner service does occur, Eric is silent despite the Sous Chef needing some leadership. The kitchen is a mess, and the food is basically uncooked by the time it meets the customers. Within an hour, only one table out of several has been served their main dish. Eric more or less gives up on food with his mantra “what can you do?”. Ramsay drops outside to note that the chefs are out of it, the owners have no idea what’s going on, and the place is in shambles. Ramsay eventually closes the place down as it’s been a total waste of a night. 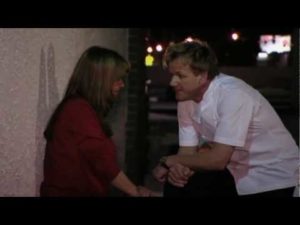 Post dinner service, Ramsay meets with Nylah to ask why Eric is even around, and wonders why Drew isn’t on-boarded as the new executive chef. Immediately after, Nylah states he’s let her down time and time again and fires Eric. Drew meets with Ramsay, and Drew immediately shows more promise. In an owner meeting, Ramsay finds out Drew’s strengths are primarily pizza and calzones, which at least gives a decent starting space for the new day. The next morning, Ramsay does a full inspection of the kitchen, where a lot of the meat and produce are well over age. Some of the ribs are over three months old according to Ramsay’s estimation and are enough to make him puke. He then goes to check the cleanliness of the bathroom, and it looks like a crime scene, with body fluids even reaching the ceiling. Afterwards, another owner meeting is held, and he shows what has disappointed him. The results end up astounding the owners, and a deep clean is ordered, with Drew heading it up for the kitchen.

After a cleanup, Drew heads to the kitchen with Ramsay, where he allows Drew to create a custom pizza of his own design, and a frozen pizza is also put in the oven to test the owners taste buds. Drew is excited working with Ramsay, and the owners are able to recognize the differences immediately. Over the day and night, a full team is called to renovate Casa Roma from the ground up, and it’s a big improvement. There are windows and a well-designed interior, where before it was a dive bar that may as well have been a block of cement. The poor carpet is replaced with stone floors, and the bar is cohesive with the pizzeria section. After the improvements are unveiled, Ramsay announces that there will be a pizza eating contest as a means of promotion. This turns out to be a very big success as it draws quite the crowd, and gives them a chance to see Casa Roma’s new direction. After the contest, Ramsay shows the team a new menu that takes their previous dishes to a whole new level, which is lighter but higher quality.

On relaunch night, Drew is out to impress as customers pour in, with Jimmy lending a hand to keep up the pace to make sure no one, including local firefighters, waits. The first dish coming out turns out to be undercooked wings, where the wings are raw upon returning even a second time. When a calzone comes out, it’s more a loaf of bread with fillings. The team needs to slow down for quality to survive. Drew begins to feel the pressure, and he starts fighting everyone. After a quick breather, Drew starts taking control of the kitchen, and a mid-service recovery is underway. Ultimately, Casa Roma has a successful relaunch. But was this enough to make sure they exist in 2017? Let’s find out. 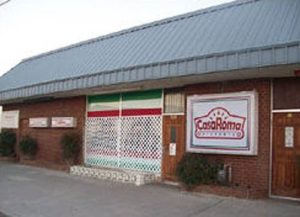 Soon after the episode aired, there was a “Revisited” episode where Casa Roma is revealed to now have one owner, Nylah. She had bought out Drew and even replaced the head chef with one that regular Kitchen Nightmare viewers might recognize, Q from Sebastian’s, which closed under mysterious circumstances. Soon after the revisited episode, Casa Roma was renamed to the AV Roadhouse, and then in 2015, renamed and restaffed as the CR Roadhouse, which appears to be under new ownership as well. Reviews are not good though, as the average of 13 reviews on Yelp is only 2 stars, and there’s a general suspicion that the owners are writing positive reviews under false pretense.