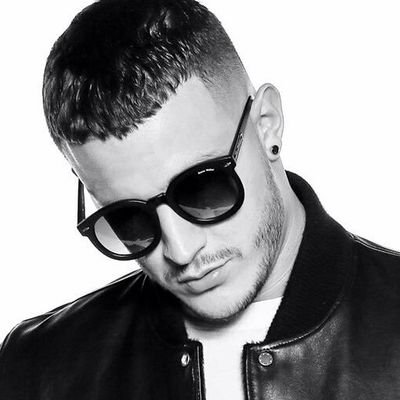 While many artists struggle to stay relevant following a burst of popularity, French music producer DJ Snake has successfully maintained relevance. DJ Snake became a worldwide sensation after the release of his song “Turn Down for What” with rapper Lil Jon in 2013. He is also known for many other collaborations, including the song “Get Low” with Dillon Francis in 2015. DJ Snake has also released an album of his own, and also help produce the album Born This Way by Lady Gaga. He is a member of Pardon My French, a team of French producers including himself, Tchami, Mercer, and Malaa formed in 2015.

The bulk of DJ Snake’s net worth comes from his hit singles: “Turn Down for What” with Lil Jon in 2013, “Get Low” with Dillon Francis in 2015, and “Let Me Love You” with Justin Bieber in 2017. He has collaborated with several other famous artists since 2012 when he helped produce a single “Government Hooker” from Lady Gaga’s album Born This Way. The success of “Turn Down For What” is considered by many to have launched the trap genre movement in electronic music, opening up another door for aspiring producers of electronic music.

DJ Snake has DJed in clubs around the world since the age of 14 and made a name for himself from a young age. He began producing in 2005, but did not become a household name until 2013 after “Turn Down for What”. The song sold 3 million singles, and its accompanying music video brought in millions in ad revenue and endorsements. It peaked at the 4th spot on the Billboard top ten electronic singles chart. The popularity of the single landed DJ snake seven more collaborations with popular musicians.

How Did DJ Snake Earn his Money and Wealth? 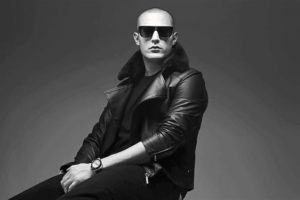 DJ Snake was born on June 13th, 1986 in Paris, France. His full real name is
William Sami Etienne Grigahcine. He was born to Algerian parents and grew up in Ermont, a Banlieue (a kind of suburb) in France. Snake described the neighborhood as a “ghetto”. DJ Snake got his stage name from his former graffiti lifestyle – his friends called him “snake” for his ability to escape the police while creating street art.

After seeing the film La Haine at age 14, DJ Snake was inspired to become a DJ. He adopted his street name into his DJ name, and the name stuck. While Snake states that he thinks the name “sucks”, he also says he will keep the name since he is known for it. His ties to the street gave him many connections in local clubs, helping him to secure regular gigs in clubs across Paris. While DJing throughout Paris Clubs (including the famous Les Bains Douches), he encountered many famous hip hop and EDM artists. When DJ Snake was 18, his manager Steve Goncalves encouraged him to start creating his own music.

In 2012, DJ Snake met Lady Gaga’s tour manager Paul Blair. Impressed by Snake’s skill, he asked him to create a demo reel of songs that could possibly make it to Gaga’s next album. One his compositions was later integrated into the song “Government Hooker” on Born This Way. Although the song was less popular than other Lady Gaga songs, many fans consider it to be one of the best songs on the album. DJ Snake remained largely unknown after the song’s release, but his next collaboration made him a star.

Shortly after collaborating with Lady Gaga, DJ Snake met rapper, Lil Jon. Lil Jon’s booming-voice dominated the crunk movement of the early 2000’s – his most notable release is “Get Low”, released in 2009. DJ Snake and Lil Jon collaborated on the single “Turn Down for What” in 2013. The song and video went viral in early 2014. The accompanying video for the single was more outrageous than the song itself – let’s just say it needs to be watched instead of explaining and leave it that.

“Turn Down for What” was released for free on Soundcloud, but still sold 3 million copies regardless. The song debuted at number 38 on the Billboard Hot 100 and peaked in the top 5. It also spawned numerous remixes and inspired similarly bizarre music videos. The video for the song was nominated for Best Direction by the MTV VMAs.

DJ Snake had no plans to remain a one-hit wonder, however. In February 2014, he collaborated with American DJ and producer Dillon Francis on the song “Get Low”. Just like with “Turn Down For What”, Snoke simply posted the song on his YouTube and Soundcloud accounts. The song put DJ Snake and Dillon Francis on the Billboard Artist Top 100 once more.

During December 2014, Snake released a remix of “You Know You Like it “by AlunaGeorge. The song peaked at number one on Billboards Mix/Show Airplay. It was also the 8th most streamed song on Spotify of the month. The remix would go one to be double platinum certified by the RIAA. The remix only took DJ Snake 4 hours to create!

Major Lazer, Danish singer MØ, and DJ Snake released the song “Lean On” in March 2015 on Diplo’s record company, Mad Decent. The song was a smash hit, peaking at number 4 on the Billboard Hot 100. The song also peaked on many other Billboard charts, including the Mainstream Top 40, Dance Club Songs, Latin Pop Songs, and Rhythmic Dance Songs charts. By November of 2015, “Lean On” had amassed 526 million Spotify plays. As of February 2018, the song has 2.25 billion views on YouTube.

After several successful collaborations, DJ snake decided to embark on his own musical journey. In October of 2015, Snake released the song “Middle” from his record Encore. The video for “Middle” came out in March of the following year. He also released the song “Talk” in June 2016. Encore premiered in August of 2016. The album was primarily produced by DJ Snake, with guest appearances from Swizz Beats, Skrillex, Justin Bieber, and many other successful artists.

DJ Snake along with the French DJs Tchami, Mercer, Malaa formed the production group Pardon My French in 2016. The group embarked on a world tour in late 2016 through early 2017. Snake and his fellow DJs formed the group to promote French electronic music.