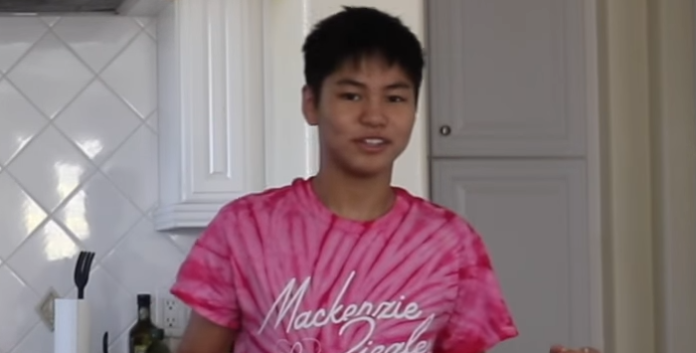 Sean Lew (16) is a popular teenage social media star, best known for his dance choreographies and cooking talents. Sean first started dancing when he was only 4 years old, and from there, the art of dance would stay in his life as his biggest passion. His video of him dancing to Lady Gaga’s Applause went viral, getting him lots of followers on various social media networks. Soon after, Sean would land a professional job on the hugely popular TV show Glee when he was just eight years old! He also appeared on Kids Choice Award and X-Factor, among other TV appearances. 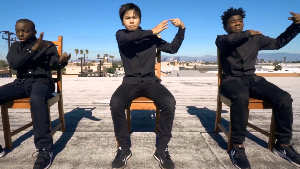 Sean is most memorable because he puts lots of his own charisma and passion into his dance moves and choreographies. Although he frequently dances with other people in his videos, everyone watching can verify that he is the actual star of the video. Sean doesn’t stick to a single genre while dancing, so you can find him jamming out to a large variety of songs. All of the above combined with his young age makes Sean one of the dance prodigies that we are sure will become even more popular as time goes on.

Other than dancing, his other passion is cooking, so you can find lots of videos of him in the kitchen that he posts on his YouTube channel. Sean has around a million followers on his various social media profiles, and today you can join their ranks if you’re interested. Here are Sean Lew’s Snapchat and other social network usernames: 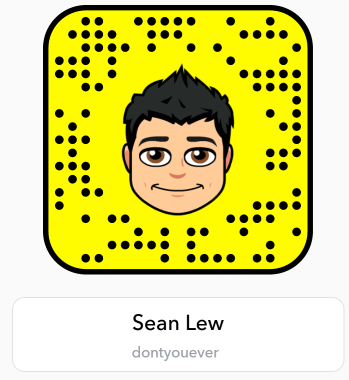 You can find Sean on Snapchat under the username @dontyouever. If you want to follow his stories or try to chat him up, you can scan the above Snapcode or click here to add Sean on Snapchat.

Be sure to follow Sean on other social sites as well because there already is a big amount of content on each one of them. So if you can’t get enough of him, here’s where you can even more of Sean Lew: