What Happened to Jonathan Frakes? – 2018 Update 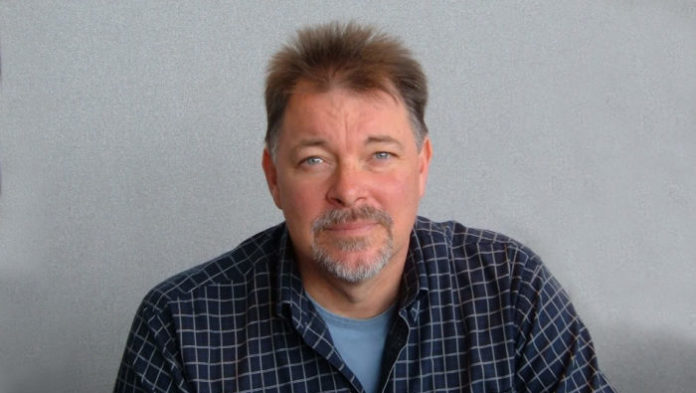 Jonathan Frakes is still best known for his role on Star Trek The Next Generation, playing Enterprises First Officer under Captain Jean-Luc Picard. He put in a stellar performance across seven seasons and a half dozen movies, playing the character for a little over 15 years. In the years prior and after he has appeared in a number of great shows and films, even if he never reached the old heights of the Sci-Fi hit. He did the smart thing though, if you are an actor on a long-running Sci-Fi show there are good odds that you will be typecast. Knowing that going in, grab yourself some other credits n the show, be it in writing, producing or directing, and Frakes landed a number of directing duties for both the shows episodes and a number of the films, including the best of the TNG movie canon, mirroring the career of Leonard Nimoy in some ways.It proved to be a good long-term move, as while he has had few acting credits in the post TNG world, his directory filmography is ever expanding, and includes both films and critically acclaimed television shows.

So let’s take a long look at the life and career of Jonathan Frakes, see where he came from and where he might be going in the future.

Jonathan Frakes was born on August 19th, 1952 in Pennsylvania. His father was a literary critic for the New York Times from 1958-2001. He ran track in high school and played in the Grenadier band, the trombone. He grew interested in acting from a young age and would study theater at the University of Pennsylvania, graduating in 1970 with a Bachelor of Arts degree. He moved to New York shortly after graduation to pursue a career on the stage. Work was hard to come by, and so he took up with Marvel Comics and played Captain America for them at live events. He did well, a small hint of the things to come, more and able to take on the mocking trivia questions levied at him by die-hard comic book fans. It certainly goes a way towards explaining his seeming comfort at conventions in the early days of Trek.

He worked in a number of stage shows while in New York, but there is little of any real note. It was good experience though, and he grabbed himself a few inside contacts. His increasing talent soon landed him roles in television in the late 70’s, but the roles were small. He didn’t begin to break into television in any major way until the early 1980s. He landed recurring role after recurring role, proving himself to be a fine performer and a solid casting choice. Of course, half the shows he gained roles in did not last more than one season, but that can’t really be his fault. Finding his career stalling on the East coast he relocated to LA and landed roles on hit shows like Falcon’s Crest. His long-running role on Falcon’s Crest and North and South were stepping stones to something a little meatier, and in the late eighties, he was up for a role on the new Star Trek revival show. 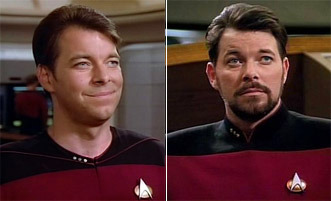 Frakes was cast in TNG, playing First Officer William T. Riker. I feel that he was cast so as to still have that swashbuckling Kirk-like character on the show. The showrunners realized that it was downright ridiculous that the Captain of the ship went on so many away missions, butting himself in danger at every turn. As much as I like Kirk, his character was ludicrous. giving those traits to the second in command made more sense. Early in the shows run he was clean shaven, a little young looking, and the Lothario angle was pushed a little harder. He was good, but not great at this point. Hell, the whole show could be described like that for the first two seasons or so, but when Riker grew the beard the show became so much better. The character evolved, and Frakes was really able to stretch, moving away from the lackluster Kirk clone he had been at the inception.

Trek would propel him to stardom, but perhaps seeing the writing on the wall for Sci-Fi actors, Frakes made moves to expand his area of expertise. He landed a number of directing role with the show, and the spin-offs. First in the season 3 episodes The Offspring. He is one of the few actors to play a role in five Trek series, being beaten only by Majel Barrett Roddenberry, and often used his fame to help launch the many Star Trek spin-offs in the nineties.

Life after a major science fiction show can be difficult. Many actors find themselves typecast in the role, and find it difficult to get more work. Immediately after the original run of TNG ended Frakes landed some voice-over work, in Greg Weisman’s Gargoyles. He played the villain David Xanatos, and if you add them all up I think Jonathan Frakes’ characters have more Tropes names after them than any other. Gargoyles, was fantastic, a cartoon that really tried to tell an overarching story, with a number of former TNG actor’s in major roles, the vocal performances were very seldom off point. Weisman is someone I want to write an article on soon, his body of work is really something special.

After TNG ended its original television run Frakes would return to the role of William Riker in the films that followed. Like Nimoy before him he was hired to direct one of the later ones, Star Trek First Contact, and to my mind, it is the best Trek film ever made. Granted, Wrath of Kahn and The Voyage Home give it a run for its money, but I am very much a TNG kinda person, so the First Contact wins out. In the late 90s, he produced Roswell, a minor hit, and it allowed him to hone his directorial muscles even further. My Mom was a huge fan of the show when I was a kid.

Frakes directed eight episodes of TNG, three episodes of Deep Space Nine, three of Voyager, and two Star Trek films. He also directed many episodes of Leverage, Castle, V and Agents of Shield. Not a bad filmography. Unfortunately, his film directing career came to a bit of a grinding halt, with the critical and commercial flop that was Thunderbirds. He never directed a big budget film after that, which is a bit of a shame, as that film had way bigger problems.

Overall Frakes has had a long and storied career. From the early days as a nobody in a Captain America costume, to the heights of Star Trek The Next Generation, to the current slow decline to the quiet life. He is very seldom on screen these days, with most of his work being in the director’s chair or behind the mic for voice-over roles. So where exactly has he been these last few years?

What is Jonathan Frakes doing now in 2018 – Recent Updates

Jonathan Frakes is mainly a director these days. He is good at it, with a cut and dry style, Two Takes Frakes as he is known. What I find interesting is that he is involved with both Star Trek Discovery and The Orville. He has directed one episode apiece. In many ways, The Orville is more Star Trek than Discovery is, but then things that try to be like things often seem more like the thing than things. He also works with The Librarians TV show, a spin-off of the movie series that Frakes also directed.

Jonathan Frakes is very active on the convention scene as well and is often there with a stack of glossies and a pen. He must be making a lot of money though, as he and his wife recently dropped $2.8 million on a new mansion.