What Happened To Patrick Stewart? – 2018 Update 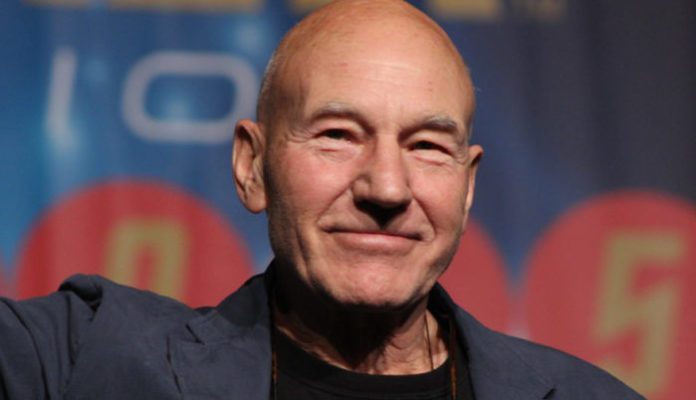 Last month I focused on the cast of Babylon 5, seeing what the remaining members are up to these days. This month I’ll be looking at the life and careers of the cast of Star Trek The Next Generation, which is my favorite of the Trek shows. At least one of the cast members is still fairly well known, so the answer to the title question is pretty obvious, but I hope you’ll read regardless. Patrick Stewart is the best-known alumni of the Trek cast, a classically trained Shakespearean actor, a man who brought real authority and gravitas to the franchise, and frankly is still the yardstick by which all other captains are judged. He has had a long and storied career behind the camera and on the stage, and has the honor of embodying not only one hugely successful science fiction franchise but two, with many knowing him for his portrayal of Professor Charles Xavier in the X-Men franchise, playing the role in numerous movies. He has retired from that franchize, with Logan to be his final performance.

So let’s take a look at Patrick Stewart’s life and career, see where he came from and where he might be going in the future.

Patrick Stewart was born on July 13, 1940, in Yorkshire England. His early life was turbulent, to say the least. His father served in the Second World War and suffered from PTSD as a result. Granted, it was called combat fatigue at the time, but the results were the same, a violent mentality, with Patrick experiencing some major psychological damage as a result. He found solace in his school work, well, in Drama at the very least. He failed his eleven plus exam, which meant that he had to go to a local comprehensive rather than a more prestigious grammar school.

He credits his English Teacher with introducing him to the craft of acting, with the man thrusting a copy of Shakespeare into his hands and simply telling him to stand up and perform. He left school at 15 and picked up work both at the local theater and the local newspaper. His editor demanded he chose one, journalism or acting, so Stewart dropped the paper and became a working actor.

Patrick Stewart lost his hair at the age of 18, as a result of alopecia, and it damaged his confidence greatly. He further threw himself into his performances, and would soon quip that he was two actors for the price of one, just add a wig. In 1966 he and longtime friend Brian Blessed were the recipients of grants from the Royal Shakespeare company. He would remain a member of the group until 1982.

The mid to late sixties saw Stewart appear in a wider variety of mediums, landing small roles in film and meatier roles in television. He played Lenin in the BBC mini-series, Fall of Eagles, in the early seventies, and Sejanus in I Claudius. He also landed a role on Broadway, with Peter Brook’s well-received production of A Midsummer Night’s Dream, playing Snout. Despite this increase in profile, Stewart was still a bit of a none entity on the cultural zeitgeist. He started appearing in Hollywood films in the early eighties, mainly science fiction, which makes his early disdain for the format all the more confusing. Funnily enough, it was not his work in Sci-Fi films that got him the role on Trek. Bob Justman, producer, had seen him teaching at UCLA and was impressed with his range, bringing him to the attention of Roddenberry while he, Berman and Gene were putting together a new cast for the Star Trek revival. Initially Roddenberry did not want Stewart for the role, instead pushing for, and I quote, “A More Virile Performer”. The other two eventually convinced him to hire Stewart, but only after auditioning fifty or so other actors. 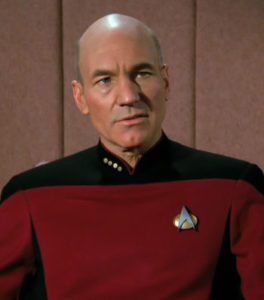 Stewart did not expect much from Star Trek The Next Generation. He was not at all familiar with the previous show, nor was he aware of its cultural importance in the US. He expected the show to fail, and to pick up a hefty paycheck before moving back to the UK and continuing his work on the stage. Needless to say, the show did not fail, and it ran for seven seasons. TNG is still one of the most well-rounded TV shows of all time. Able to tell all kinds of stories, while still maintaining a solid thematic core, if not a long-running plot. The excellent chemistry among the cast, and a fair few stellar performances across the board, really elevated what could have been a disaster.

The Next Generation would at least prove to be an extremely profitable enterprise for Stewart, with his salary rising season on season, not to mention the cut of the back end. I can watch it at pretty much any time of the day on regular television. The show would spawn a number of films as well, with Stewart reprising the role each time. It means that he played the character Jean-Luc Picard for a little over 15 years. During the original run of the show he had little time for any other roles, a few films but for the most part, he was 24-7 in TNG production mode. It takes its toll, and being linked so long to this one character can be a terrible thing for an actor, but a focus on wildly different roles and a return to the stage allowed Stewart to escape any real typecasting.

As mentioned he is well known for playing Professor Charles Xavier in the X-Men franchise. In the late nineties, Stewart expressed interest in working with Bryan Singer on the X-Men franchise. He was great in the role, and to this day I am of the opinion that if you want an audience to buy a weird universe you need someone with the intrinsic authority of Patrick Stewart to sell it. The first flick was a success, and Stewart was lauded for his performance, but it wasn’t quite as good as the sequel. Stewart would play the character in seven films over 17 years, longer even that Jean-Luc, but it must be remembered that you don’t spend as long with a character in the film industry as television.

With two major franchises under his belt, Stewart could do pretty much whatever he wanted, play any role, produce a work, and with all the free time he had now he went on to work with Seth MacFarlane. Don’t get me wrong, I love American Dad, and Stewart’s role in the show, it’s just weird to hear some of the things Seth has Stweart say.

As much as Stewart loved his time with Star Trek it did rob him of some of his most valuable acting years, at least in terms of stage actors. He aged out of several notable roles as a result of his busy schedule, including Romeo, Hamlet and Richard III, within the Royal Shakespeare Company. He has still had a number of prime roles to his name on this front, including a rare white player of Othello, in an otherwise all-black cast. Strange inversion, and if nothing else was certainly an interesting take on the source material. More interesting to me was his 2009 performance in Waiting for Godot, with X-Men friend and co-star Ian McKellen. I love this play, written by Beckett, and it’s both hilarious and disquieting. The pair played it well.

With a voice as iconic as it is, it should be no surprise that he has had a number of notable voice-over roles over the years, in addition to aforementioned American Dad. The first one I saw was in the made for TV version of George Orwell’s Animal Farm, where he played the villainous Napoleon. The film was an alright adaptation, but a little on the simplistic side. His brief appearance in The Elder Scrolls IV Oblivion was pretty cool, even if he was criminally underutilized. He has also lent his voice to a few terrible films, likely for the money, such as The Emoji Movie and Bambi II.

Overall he has had a career he can be proud of, and his life does not stop as his performances. He is very active in a number of charities, is a strong proponent of equality and LGBT normalization. His personal life might be a bit on the wild side, but all told he is very talented and admirable person.

What is Patrick Stewart doing now in 2018 – Recent Updates

Patrick Stewart is not going anywhere. He is still in American Dad, for one thing, week after week putting in a hilarious performance as the character slowly gets weirder and weirder. He has two films lined up next year, The Gift and The Kid Who Would Be King. It is unlikely that he will return to Star Trek in the future, though he has stated that if they were to get all the remaining actors from all the different Star Trek iterations for one last hurrah he might be persuaded to sign on one last time. It is unlikely, seen as Tarantino is at the helm at the moment. Still, going forward I expect we will see Sir Patrick back on the stage, back on TV and starring in films until the day he dies.