What Happened to Andreas Katsulas? 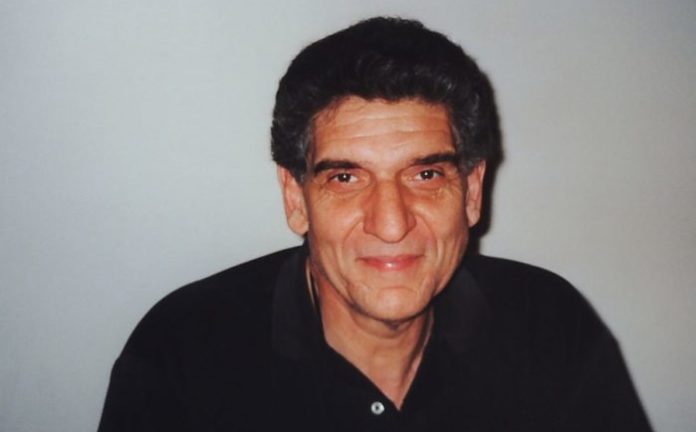 Like Peter Jurasik, Andreas Katsula’s was one of the standout performers on Babylon 5. His career is filled with excellent performances, many of them in seminal science fiction shows, Star Trek and the like. His early career consisted of small roles in Greek films before he moved into American television in the early eighties. Like many of the former B5 cast he comes from soap operas, a genre that shares much with the show, and he took to the long-term character development and storytelling very well. Sadly he passed away in the mid-2000s, from lung cancer.

So let’s take a long mosey through the life and career of Andreas Katsulas, see where he came from.

Andreas Katsulas was born May 18th, 1946 in St Louis Missouri to a working-class American-Greek family. He was exposed to acting at the age of four when his mother took him to see a local production. he then took elective acting classes at every opportunity, before moving to St Louis State and majoring in Drama. He would eventually attain a masters degree in the discipline from Indiana University. He immediately jumped into the local theater scene for a number of years, before moving to New York to perform in Off-Broadway roles. He worked in Paris for a time before touring the world, taking on a variety of challenging roles before returning to the states and acting in the film industry.

Not to diminish his work in Greece, his mainstream success began in 1987 with a major role in The Sicilian followed by a number of other films. His television work was also booming in the mid to late eighties, with Max Headroom and Star Trek The Next Generation both under his belt. His most enduring, and likely most popular character, would come with the 1993 Television Pilot movie Babylon 5 The Gathering playing the initially hostile G’Kar, ambassador for the Narn Regime. 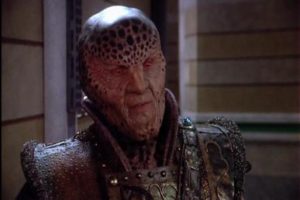 G’Kar saw more character development than anyone in Babylon 5. Going from a belligerent, and seemingly villainous, character to a redemptive progressive over the course of the show. Andreas Katsulas brought his tremendous skill to the table, and his emotive performances across all five seasons really elevated it far beyond its competitors, yes even the wonderful Deep Space Nine. A real shame that he didn’t see much mainstream success.

I have seen him pop up in a number of shows over the years, but never in a recurring role. Granted, much of his focus was in the theater, but still. He is one of the few actors to have appeared in multiple iterations of Star Trek, Next Generation, and Enterprise, with him playing Romulan Commander Tomalak in four episodes over the seven seasons. I did a rewatch of TNG a few months back and when he showed up I all but cheered. Of course, I spent the rest of the episode in a minor depression, but it was nice to see him again.

After Babylon 5 ended it’s five-year run he would show up in a couple of other shows, including the TV show Millennium, the film Piece of Eden and NYPD Blue. He took on a few voice-over roles as well, in video games like Primal and Splinter Cell Double Agent. Splinter Cell would be his last performance, and he died of lung cancer in 2006 at the age of 59.

When did Andreas Katsulas Pass Away?

A man who was taken far too soon. Andreas was an avid smoker his whole life. I quit myself a while back, but I understand it, smoking is a unique and for the most part enjoyable experience. I never took it to the extremes that Katsulas did though. According to co-stars he would chain smoke constantly, only coming off them when the cameras were rolling. But was also considered a kind and considerate person. Jovial and professional and a joy to work with.  He was diagnosed in early 2005 and lasted a year before the end. It cut short his return to the theater that he had been planning. Before he passed he had longtime friends Peter Jurasik, Douglas Netter and J Michael Straczynski over for one last meal, finally prising a few final tidbits from the creator of Babylon 5 about what happened after. I am glad to know that he was a fan, passionate about a show I am very fond of.

In late 2006 several fans, led by Amy Guskin, pooled their resources in order to get their hands on one of the original G’Kar Prosthetics and donated it to the Museum of the Moving Image in Queens, New York. The mask is on display there, and in a final flourish, is housed on a life mask of Andreas Katsulas, saved from the makeup department at Babylon Productions. He is survived by his two children, Michael and Katherine.