What Happened to Tina Sugandh? – 2018 Update 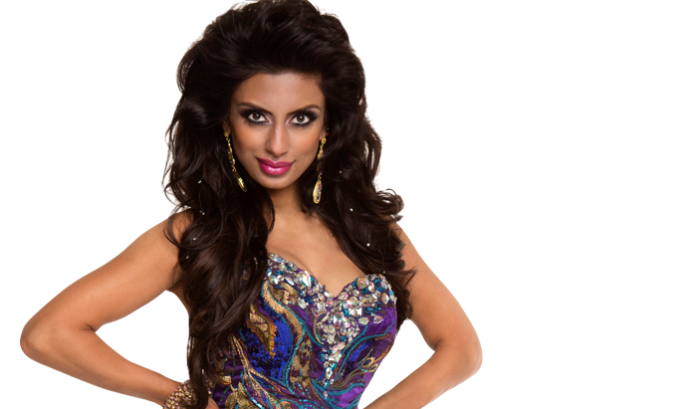 Tina Sugandh is a woman on a mission. Her family moved to the United States in the late seventies, when she was five months old, and she grew up in New Jersey. She loved music, and by her mid-teens was scouted by a talent agent. Sadly, despite all of the work she, and those around her, put into her career, it never really took off. She is most famous for her appearance on Newlyweds: The First Year, where the trials and tribulations of her, and her Husband, aired on Bravo. After that though she slowly faded away from the public eye.

So where has Tina Sugandh been and what is she doing now in 2018?

It’s a good question. I have not been able to find anything done professionally since Newlyweds: The First Year ended. Bit of a shame, as in the mid to late 2000s her music career had only just begun taking off. To say that she has disappeared from the limelight would be a minor exaggeration though. Fans of the show are kept abreast of what the former stars are doing via the Bravo Blog and in most other gossip columns. 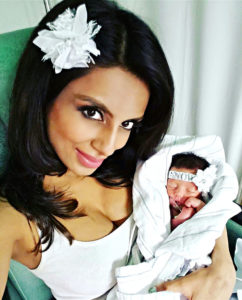 She has focused mainly on being a mother to her three children. She did face some hardship here, with her first attempt back in late 2012 resulting in an unfortunate miscarriage, but by the middle of the next year, she gave birth to a healthy baby boy, the now 4-year-old Tarz, named for his father, the 2-year-old Song. Her latest child was a girl, named Snow Eleanor, who just turned 1 there on the 27th of December.

She also runs an Etsy store, specializing in motherhood items, mainly balms and lotions to fight stretch marks, many of which she uses herself. She is still married to Tarz Ludwigsen as of February 2018.

Tina Sugandh was born on the 17th of October 1977 in Mumbai India. Her family relocated to New Jersey five months after she was born. Her whole family is musical, with her mother singing on the radio, and her sister being a multi-instrumentalist. Her father was a part-time comedian. It is stated that during her formative years her family would perform at small events throughout the United States and the Caribbean.

At the age of 15, 1992, she was discovered by Sean Harris, a screenwriter, and talent developer, who convinced her to pursue a career in music. She worked on her demo for a number of years, whilst also getting her degree in Biology from Rutger’s University, where she made Dean’s List, and performing on weekends with her family. In the early 2000s, she was signed to Rebellion Entertainment, a company founded by Twisted Sister founding member Jay Jay French, and she spent most of 2003 working on her debut record.

Sadly the record was never released. Some of her music was published in 2004, and she saw some minor musical success, but it never really developed. Some of her tracks made it onto soundtrack albums and were featured in film and TV, such as the Melrose Place reboot and 2004’s Christmas with the Kranks, but by the early 2010s, she had pretty much abandoned the career. She married Ludwigsen in 2011, and has focused on her small at home business, and raising her kids. She also updates her Twitter and Instagram regularly.