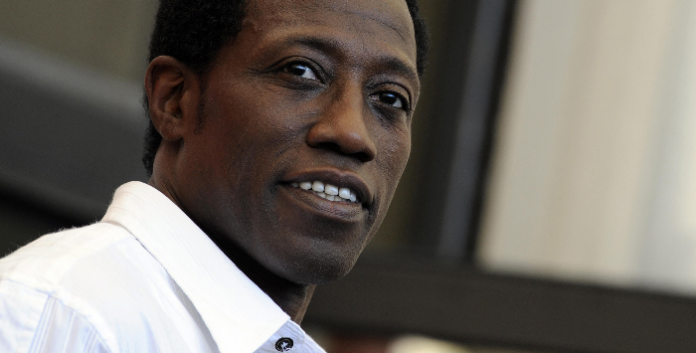 Wesley Snipes is a famous Hollywood actor, film producer, and most recently, author. He is most known for his acting work, especially for his portrayal of Blade. Through his hard work, he managed to become a very wealthy individual. Today we’re taking a look at Wesley Snipes’ net worth.

How Did Wesely Snipes Make His Money & Wealth

Here’s the story of Wesley Snipes’ $12 million net worth.

Snipes was born in Orlando, FL, and grew up in the Bronx. He attended two colleges but never graduated. He made his TV debut together with Woody Harrelson in 1986, in a sports comedy Wildcats. Later he made a cameo in Miami Vice and starred in Streets of Gold. He spent the next few years acting in several movies before his big moment happened in 1998.

In 1998, he played Blade in the movie of the same name. The movie was a huge success and inspired an entire series of sequels afterward. From there, he kept acting and making money, as he was a well known Hollywood celebrity by that time. He appeared in The Contractor, Gallowwalkers, and Game of Death.

During this time he started a security firm with his brother. Their goal was to train bodyguards in martial arts and teach them about law enforcement. The company has offices in Africa, Antigua, and Florida.

In the recent times, Snipes has stayed in acting, but also expanded to other ventures. He starred in The Expendables 3, Chi-Raq, Armed Response and The Recall. In 2017, he published his first book, Talon of God, which is a religious fantasy novel.

Through all of the above, Wesley Snipes has earned himself a net worth of $12 million. Next up, we’re taking a look at his private life, and where does he spend his money. Let’s get started!

Yes, he is currently in his second marriage. Snipes has been married to Nakyung Park since 2003, and the couple has four children together. Prior to her, he was married to April Snipes, whom he met at the set of Mo’ Better Blues. He has a single child with her as well, making him a father of five.

According to Celebrity Glad, his average yearly earnings is $1,45 million. For the sake of comparison, the average American citizen of his age makes 30x less than that! With that kind of money, Snipes can buy 58 Rolex Oyster Datejust, or 4 Rolls Royce Wraiths, or 15 Cadillac Escalades, per year.

Here is a list of some of his most popular movies, together with his paychecks from them:

We don’t know where does Wesley currently reside, but according to VirtualGlobetrotting, he has two former homes that are very luxurious. The first one is a mansion located in Windermere, Florida. The house looks very exotic with its seaside location and a backyard pool. The second house he lived in was in Alpine, New Jersey. It is a spacious home surrounded by beautiful green flora and a private driveway.

Sadly, no information about Snipes’ car(s) is not available at this time.

And lastly, if you just can’t get enough of Snipes, here’s a list of his social media profiles: