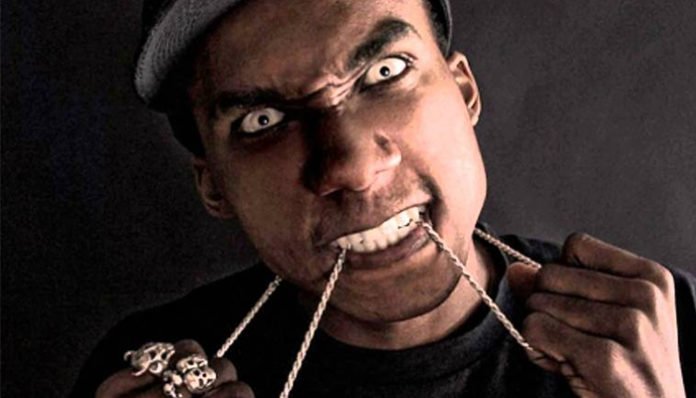 Based in Los Angeles, Hopsin rose to fame with the release of his hit song, Sag My Pants in 2010. Since then, he has treated fans with a number of projects, including the albums Knock Madness and Pound Syndrome, both of which charted in the United States. Last fall, he came out with his latest album, No Shame.

While music is his main focus, he has also acted on several occasions. For instance, he’s played small roles in the films Max Keeble’s Big Move, Fame, and Bomb the World. On television, he has also made cameos in Murder in the First and That’s So Raven.

Considering all that he’s involved with, one has to wonder- how successful is he now? How rich is the 32-year-old artist? From our research, Hopsin’s current net worth hovers around the $3 million mark. In terms of income, where does he make most of his money? Below, we’ll be trying to tackle this question.

How did Hopsin Make His Money & Wealth?

Born on July 18, 1985, in Los Angeles, California, Hopsin started rapping at the age of sixteen; prior to that, he had spent most of his free time skateboarding. With that said, it wasn’t until the early 2000’s that he began to take his hobby of making music more seriously. After being released from the County Jail (which he was sent to for a school prank gone wrong) in 2005, he set his career on music track by purchasing a microphone and installing FruityLoops on his computer.

His debut single, Sexy Cyber was dropped in 2007. A couple of years later, he followed up with more tracks including Nocturnal Rainbows, Kill Her, and Pains in the Kitchen. Around that same time, he had come out with his first studio album, Gazing at the Moonlight.

A few years into his career, his popularity soared with the release of the single, Sag My Pants. One of the tracks from his second album, Raw, it has since received gold certification from the RIAA, with over 500,000 sold units in the US.

Since then, Hopsin has issued three additional albums- Knock Madness, Pound Syndrome, and No Shame, all of which are significantly more successful than his earlier works; for one thing, all three had made it onto the Billboard 200 Chart.

Naturally, the above records would have yielded him a decent amount of earnings. Besides that, however, he also his other things such as concert tours going for him. In fact, looking at his schedule now, he has a few shows planned for later this month.

In addition to his work as a rapper, he has also launched an acting career on the side. For instance, he had made his big screen debut in the film, Max Keeble’s Big Move, albeit as a minor character. Some of the other movies that he’s appeared in include Bomb the World, Independent Living, and Fame.

On television, the rapper has also played a couple of extra roles in the shows That’s So Raven and Murder in the First.

No, he is not married. Recently, he separated from his ex-girlfriend, Alyce Madden.

Does Hopsin Have Any Children?

Yes, he has a son with his ex-girlfriend, with whom he has been feuding over for the past couple of years.

Did Hopsin Go to College?

From what we know, Hopsin did not attend college.

What is Hopsin Famous For?

As a recording artist, Hopsin is perhaps best known for his songs Sag My Pants and Ill Mind of Hopsin 5, both of which have gone gold in the United States.

Where Does Hopsin Live now? Photos of Hopsin’s House

As far as we can tell, Hopsin currently lives in Los Angeles, California. Further details are not available.

What Kind of Vehicle Does Hopsin Drive?

Information on Hopsin’s vehicle is unavailable at this time.

How Much Money Did Hopsin Make Last Year?

Information on Hopsin’s annual earnings for 2017 is not available.

As mentioned earlier, the artist most recently came out with his fifth studio album, No Shame last fall. A decent success, it charted at number 42 on the US Billboard 200. Ultimately, the project spawned the singles Happy Ending, Witch Doctor, and Ill Mind of Hopsin 9.

Want to support the rapper online? How about following Hopsin on social media? You can find him active on a few platforms including Twitter at @Hopsin and Instagram at @Hopsinson. On Facebook, he also has an official fan page which you can check out here.