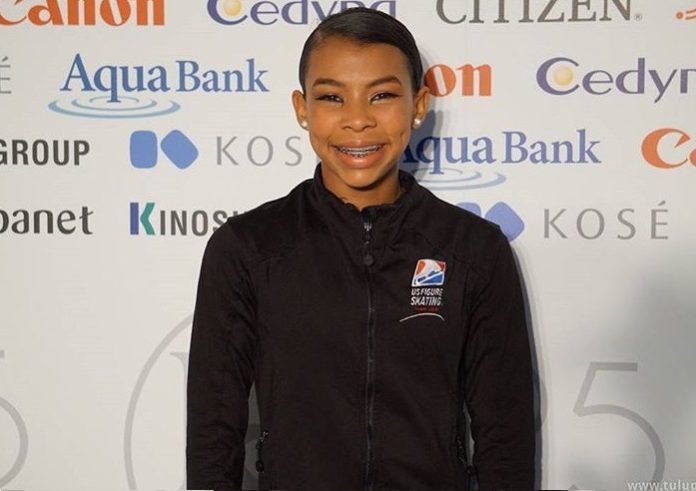 Starr Andrews from Los Angeles, California really is a rising star in the World of figure skating. The sixteen-year-old is only four feet eight inches tall, but she’s packed with World class acrobatic ability when she gets out onto the ice.

Starr was born on June 23rd, 2001, and she wanted to be a skater before she could even find skates small enough for her feet. Her mom Toshawa was an adult figure skater and Starr would watch from the sidelines, and by the age of five she took up the sport for herself. Toshawa was diagnosed with microvascular coronary dysfunction, a heart disorder, not long after and had to hang up her skates for good, but Starr threw herself into the sport and was showing exceptional early skill on the ice, even becoming a viral video star by the age of only nine.

Starr is now part of Team USA, at the 2018 US championships she placed sixth in the senior ladies’ category, and followed that up with an impressive performance in the 2018 Four Continents tournament, and she’s now preparing for the 2018 World Junior Championships, in which she has earned a selection place. But how much has Starr earned during her brief rise to fame? And how much can she expect to earn in the future? Read on to find out.

How Did Starr Andrews Make Her Money & Wealth?

Starr’s current net worth is not known, but if her success in figure skating continues she is likely to be cashing in on her chosen career before much longer. Starr first had a brief moment of online fame in 2010, when she posted a video of herself skating to Willow Smith’s ‘Whip My Hair’. The video went viral and notched up millions of views. Now in 2018, it’s been viewed over 53 million times, but unfortunately, any revenue from the viral hit is unlikely to go to Starr as the music track is copyrighted.

Starr has an accomplished record in Junior tournaments, but with her recent success in the 2018 US Championships, she is receiving a far greater amount of attention. Her senior International début only took place in December 2017, when she placed sixth at the 2017 CS Golden Spin in Zagreb, and she has even received a lucky charm from another celebrated figure skater.

Starr has a lucky gold earring that she wears in competitions that has an interesting past. It was worn by Kristi Yamaguchi when she won Olympic Gold in Albertville in 1992. She had been given the earring for luck by Olympic figure skater Tai Babilonia, and after winning her Olympic gold, Kristi returned it to Tai. After seeing Starr in her viral ‘Whip My Hair’ video Tai contacted Starr’s mom and passed on the good luck charm to the rising young skater, in the hope that it would once again help bring success to another young American figure skater.

Starr’s ultimate dream is to become the first African-American to win a figure-skating gold at the Winter Olympics, and so far that ambition is firmly on track. She’s been featured on various media outlets, including Vibe, World Star Hip Hop, Lipstick Alley and by Ryan Seacrest, as well as many others, and she’s also building a growing army of online fans too.

She shares a Youtube channel with sister Skylar, who is a gymnast, and so far she has built up a following of over 64,000 subscribers. She recently published an introductory vlog with the promise that she would vlog every day, but so far her training schedule must be a priority, as there has been no follow up to it. Starr also posts frequently to Twitter and Instagram, where she has 2,000 and 11,000 followers respectively.

No, Starr is still only sixteen, and she hasn’t mentioned a boyfriend. Most of Starr’s online posts are all about her busy training regime.

Starr’s annual salary is not known at this time, but she has recently been in talks with sponsors keen to help her market her growing popularity and recognizability. Although she is unlikely to be earning huge amounts right now if her success in international competition continues her earning potential will increase drastically during the next two years.

Where Does Starr Andrews Live?

Starr still lives in Los Angeles, California, with her mom, Toshawa, who has suffered 11 heart attacks in the last ten years due to her heart complaint, but she now is receiving treatment that has stabilized her condition. As well as older sister Skylar, who is a gymnast, Staff also has a brother, Ashton, who is also possibly a sporting star of the future, he’s a keen baseball player.

What are Starr’s other interests?

Starr’s training program is intense, and she is focused on achieving even greater success in her skating career in the future, with the ultimate aim of reaching the Olympics, but when she does have spare time she spends it with her siblings, and family pets, and she also has an interest in art.

What are Starr’s Social Media Accounts?

Starr has the Youtube channel where her ‘Whip My Hair’ video first went viral, and she also regularly posts on Instagram and Twitter. Starr Andrews also has her own website, although it doesn’t appear to be updated as regularly as her other online accounts.