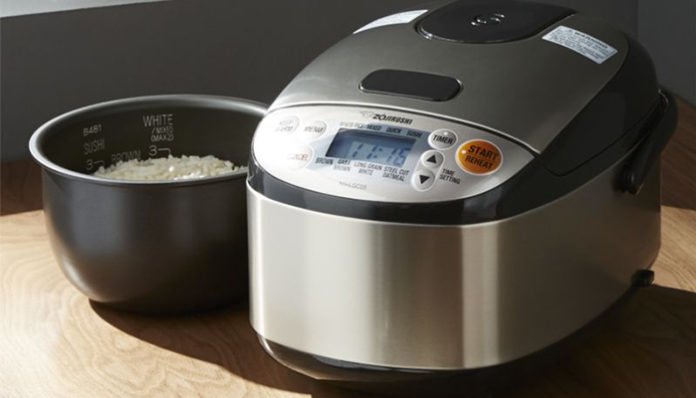 One of the most common cereal grains in the world, rice has been consumed by humans for thousands of years. Most popular in Asia, it can be used for a number of dishes from congee to desserts. As you probably already know, there are various species of rice that differ from each other in terms of taste, texture, and nutrition.

What are the different kinds of rice?

If we were to be super thorough, there are actually over a dozen different types of common rice. For simplicity’s sake, however, we’ll only be sorting them out via size and shape.

Short Grain Rice: As its name implies, short grain rice is significantly shorter in length compared to its counterparts. Relatively “plump”, it tends to stick together after being cooked. A common example of short grain rice would be the rice that you eat in sushi.

Medium Grain Rice: Approximately twice as long as it is wide, it tends to be tender yet chesty when cooked. Some common types of medium grain rice include Valencia and Arborio, both of which are commonly used to make dishes such as risotto.

The Benefits of Rice

Like most cereal grains, rice has a number of health benefits. Having said that, most of the benefits come from whole grain as opposed to white rice. What is the difference? Compared to its white counterpart, which has been processed so that its outer covering is removed, whole grain rice retains the entire bran and germ, both fantastic sources of fiber, vitamins, and minerals.

Note: Most of the benefits below apply to whole grain rice

Rice Provides the Body with Energy

Considering the fact that rice is abundant in carbohydrates, it shouldn’t come as a surprise that it serves as fuel for the body. What are carbohydrates? Essentially, they’re a group of organic compounds that are metabolized and turned into usable energy. Tired and hungry? How about a bowl of rice?

Whole grain rice is a great source of vitamins and minerals, all of which are used by the body to speed up metabolism. Because of this, it may also be used to help promote weight loss.

According to some studies, whole grain rice has a stimulatory effect on the activity of neurotransmitters, which helps to prevent Alzheimer’s disease to an extent. In fact, some species of wild rice have been shown to inhibit the effects of toxins such as free radicals in the brain, that can lead to dementia.

Due to its high fiber content, whole grain rice may have beneficial effects on the cardiovascular system. Adding to that, it also contains low levels of sodium and fat- this makes it an excellent choice for those who’d like to eat a little healthier.

Rice May Help to Prevent Cancer

Insoluble fiber, such as that in whole grain rice, can protect against some types of cancer. According to some preliminary research, such fibers play an important role in preventing the development of cancerous cells.

How do you Cook Rice?

Cooking rice is no rocket science- in fact, the concept behind the process is pretty straightforward. Ultimately, rice is cooked by soaking it in water and heating it up. During the actual cooking, two things happen- the added water gets absorbed into the grain, while the starch is softened by heat. Once that’s done, you have delicious, fluffy rice.

Nowadays, there are many different ways that you can use to cook rice. For instance, you can easily make it on the stove top. With that said, however, most people tend to cook it with some type of cooker- either a dedicated rice cooker or a multi-cooker.

What is a Rice Cooker?

Particularly common in Asia, rice cookers are a type of kitchen appliance that is designed to steam, or boils rice. Generally speaking, it consists of a thermostat, a cooking bowl, and a heat source. Convenient and easy to use, the entire process does not require constant attention as it is fully automated. Ultimately, all there is to do is to pour the measured rice into the bowl.

Note: Compared to those manufactured in North America, rice cookers from Japan and Korea typically come with more functions.

Rice cookers can be specified into two varieties- electric and gas. Let’s take a look at the differences.

Electric: Most electric rice cookers make use of induction heating, to directly warm the pot. On top of being able to cook rice, they’re also equipped with a “keep warm” feature, which as its name implies, keeps the rice at an optimal temperature.

Gas: Compared to home rice cookers, which are typically capable of cooking up to 10 cups of rice, gas rice cookers are generally used for commercial purposes, as they have a much greater capacity. Heated by a gas-powered flame source, the rice cooks much more quickly compared to its electrical counterpart. Once a specific temperature is reached inside, the gas flow is halted, which allows the flame to extinguish.

Cooking Rice in an Instant Pot

If you’re familiar with the notion of multi-cookers, then you’ve probably heard of the Instant Pot. A 7-in-1 gadget, it consolidates a number of common kitchen appliances into one for maximum convenience. Of course, among those functions is the ability to cook rice.

Below, we’ll be outlining the steps on how to prepare rice with an Instant Pot- feel free to follow along!

How to Cook Rice in an Instant Pot

1.) Measure and rinse the dry rice, set aside
2.) Measure and pour the same amount of water into the Instant Pot (e.g. 1 cup of water for every cup of rice)

Note: The key to making the perfect rice is the rice to water ratio, which is 1:1 in our case

3.) Add the rinsed rice into the Instant Pot
4. Securely close the lid, setting the release valve to the “sealing position”
5.) Press the “Rice” button

Note: The “Rice” button is designed for white rice. For other varieties, you’ll want to set the time yourself using the “Manual” setting

6.) Once the cooking is complete, allow the rice to sit for 10 minutes before serving

Instant Pot vs Rice Cooker: At a Glance

– Available in a variety of models
– Aside from cooking rice, it is capable of performing other functions
– Consolidates various kitchen appliances into one
– Comes with a 1-year warranty
– Generally costs more than a simple rice cooker

Should I Get a Rice Cooker or an Instant Pot?

While both of the cookers are capable of making rice, there’s one crucial difference- rice cookers are designed strictly to cook rice, while the Instant Pot boasts a number of other functionalities.

When deciding between the two, ask yourself some of the following questions: do I want something just for cooking rice? Am I interested in the other functions that the Instant Pot offers? (Note: Aside from the ability to cook rice, the multi-cooker also serves as a slow cooker, steamer, pressure cooker, yogurt maker, saute pan, and warming pot). If you’re not interested in the said functions, investing in a rice cooker is probably a better choice.