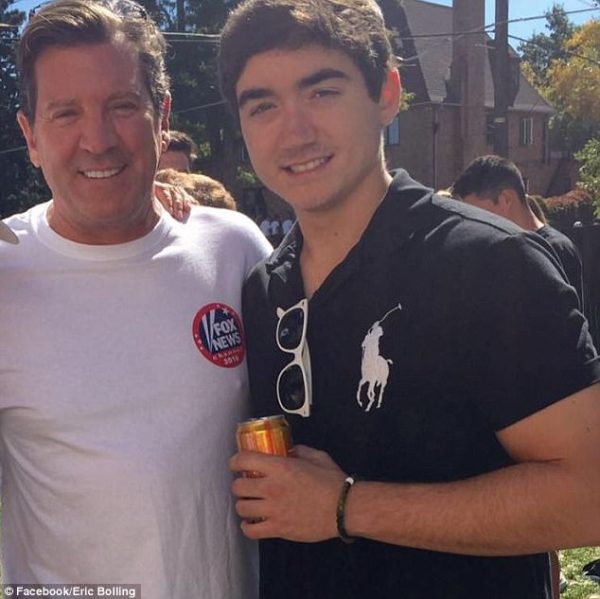 September 7th and 8th 2017 were likely the worst two days in the life of Eric Bolling. On the seventh, Eric Bolling would be terminated from Fox News due to allegations of sexual harassment, a claim which he denied. By the evening of the next day, he would find that his son, Eric Chase Bolling Jr. lay dead. What happened to his son? As of 2018, we have some important updates, so let’s take a look.

In 2018, we have discovered some new information regarding the death of Eric Bolling’s son, Eric Chase Bolling, Jr. To best explain what all happened and how the public reactions played out, let’s go back a little bit to 2017. Before September 7th, Eric Bolling Jr was a Freshman at the University of Colorado, Boulder campus and majoring in Economics. All accounts state that he was a rather happy individual with a very close relationship with his father. It has been reported by many sources that when his fathers’ scandal broke on the news, which involved sending illicit texts and picture messages to coworkers, it broke Eric Bolling’s relationship with his father quite a bit, though there is not verifying such claims. What we do know is that within hours of being fired, Eric Bolling Jr. would be reported dead, and the first cause of death would be considered “unknown” pending an autopsy. After the autopsy had been performed, it was determined that there was no real indication of suicide or self-harm, but the cause was still undetermined. This would cause a lull in the investigation as a toxicology report was performed. It would come out that Eric Bolling’s son likely died of an overdose (either intentional or accidental) of a mix of cocaine and the painkiller Fentanyl. This made Eric Bolling Jr. yet another victim of the opioid epidemic that has been ravaging all levels of American society for years.

For those who have only heard of Eric Bolling through the press reports of his sons passing, a quick introduction is warranted. Eric Bolling was a Fox News commentator and host, but before that worked on the New York Stock Exchange. Primarily trading in non-renewable resources, he would climb to become the strategic advisor to the CME group, and ended up winning the Maybach Man of the Year Award in 2007 among his other traders. After this award, he would be picked up by CNBC to help develop their show, Fast Money. By August of 2007, he would transfer to Fox Business Network as an analyst which landed him a hosting job on Happy Hour, a direct rival to his CNBC series. While working for Fox News, he would expose himself to quite a bit of controversy regarding comments about sitting President, Barak Obama, the President of Gabon, and the rapper Common which many took to be racist. He would defend himself saying such accusations of racism were only because he worked for Fox, but eventually apologized. After this, he would take another job as a co-host on The Five. In 2011, despite having massive differences with another cohost, he would save their lives via Heimlich maneuver at a local restaurant, and would continue working together through 2017. In late 2017, the resignation of Bill O’Reilly from Fox ended up moving The Five up a few hours and transitioning Bolling again to a new show called the Fox News Specialists. This would be the last Fox show Bolling would be featured on as the HuffPost broke news about his inappropriate actions towards female coworkers.

Eric Bolling: After his son’s passing

After Eric Bolling Jr’s passing, it appears that Bolling is wanting to rehash his career in television, and has been getting some attention from President Trump in this matter. With his previous controversies, it’s unknown what will happen with his career, especially in this political climate. What we can say though, is that regardless of Eric Bolling’s actions, what has happened to his son was a tragedy that no one really deserves.