What Happened to The Little Couple? – 2018 Update 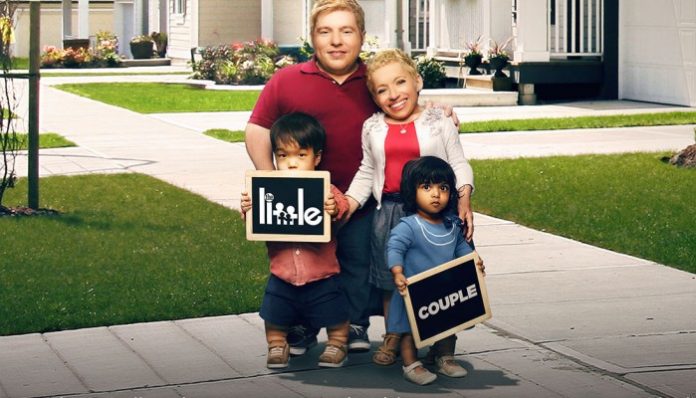 A TLC reality series, The Little Couple revolved around the lives of Dr. Jennifer Arnold, a neonatologist, and Bill Klein, a businessman, both of whom have skeletal dysplasia. Premiered in the summer of 2008, the show ran for eight seasons before being canceled in 2016. What is “the little couple” up to nowadays?

What is The Little Couple Doing Now in 2018?

Throughout the past several years, both their personal and professional lives had been followed in the show. By the time The Little Couple had reached its ninth season in 2017, Jennifer and Bill had reached several milestones; not only were the parents to two little people, both of whom they loved and adored, but they had also successfully advanced in their respective careers.

After many years of success on the network, however, fans noticed a lengthy hiatus between the finale of season eight and the premiere of season nine (the latter eventually aired in the fall of 2017). For those who’re unaware, the show had fallen into a bit of a “limbo” after a lawsuit came about between the series production company, LMNO, and TLC’s parent network, Discovery. Filing for copyright infringement and breach-of-contract against Discovery, LMNO accused the network of conspiring in order to edge out a handful of its shows- one of which includes The Little Couple.

After news broke of the lawsuit, it was confirmed that Discovery was cooperating with the authorities’ investigation. Following that, the networking giant also severed their relationship with the production company. Ultimately, this had left the fate of the reality series up in the air for some time, much to the dismay of fans.

Despite all that’s going on, however, the cast remains optimistic about the show; in fact, Jen had recently shown her optimism when a fan asked whether or not she’d return to TLC soon.

What has the family been up to since the last time we saw them? Well, for one thing, they’ve since relocated to Florida, for Jen’s new position at a hospital in St. Petersburg. All was not without a hitch, however; not only did Hurricane Harvey threaten to damage the home that they’re selling in Houston, but they also had to evacuate their newly purchased St. Petersburg home due to Hurricane Irma. During the evacuation, Jen had documented her experience with frightened children, bad weather, ridiculous traffic, and gas shortages on Instagram.

Fortunately, however, both homes were spared. Today, the family lives in a canal-front home in Florida, where Jen is originally from (her parents had moved back a few years prior). A luxurious abode, it features 5,441 square foot of space with 6 bedrooms, 4.5 bathrooms, as well as an elevator.

About The Little Couple

The stars of the TLC reality series, Jen Arnold and Bill Klein, both have skeletal dysplasia- that is, a rare genetic order that affects the body’s development of bone and cartilage. Physically, individuals with the condition have a shorter stature than average; for instance, Jen is 3’2” tall (96.5cm), while Bill is 4 feet tall (122cm). The way the disorder affects the body, individuals typically also need surgery throughout their lives to reinforce their cartilage and bone (which Jen and Bill have both undergone several times).

Throughout the first few seasons, one of the main things that the show had covered was the couple’s desire to start a family. After discussing with her doctor, it was determined that it would be too dangerous for Jen to have a baby, due to her condition. With that, they opted to follow the surrogate route. Though things initially looked bright, however, their surrogate soon suffered from a miscarriage.

Moving forward from the lost, Jen and Bill eventually decided to adopt a young boy from China, one who also has skeletal dysplasia. In season five, the couple traveled the world to meet their son, Will; they later return to the U.S. as a family.

Though parenting initially proved to be challenging, they soon got ahold of things with time. Wanting to grow their family, the couple eventually adopted a second child- a young girl named Zoey, from India; similar to her brother and parents, she was also born with skeletal dysplasia.

About The Little Couple’s Hiatus

Following the end of season eight in 2016, The Little Couple went on a brief hiatus, before returning for the ninth season in the fall of 2017, much to the surprise of fans. As it had happened, their production company had gotten into a lawsuit with TLC’s parent network, Discovery. Due to this, the show went off the air for a period of time, which left many guessing at the fate of the show.

Fortunately, the series eventually returned with a two-hour premiere special on September 19, 2017. Long-awaited, it followed Bill Klein as he headed back to Houston to pitch in with the relief efforts for Hurricane Harvey.