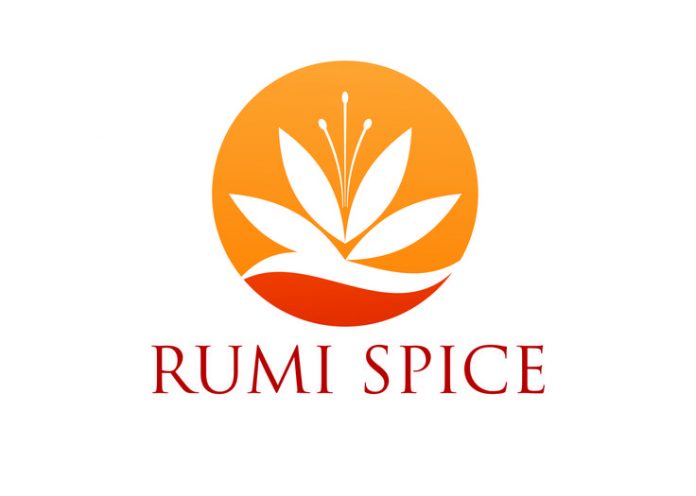 Stepping into the Shark Tank are three veterans, all hoping to help farmers in a wartorn country by capitalizing on a rare commodity. Meet Kim, Emily, and Keith. They are from Chicago, Illinois, and their business is Rumi Spice. Today, they are seeking $250,000 in exchange for 5% equity in their company. Keith starts by asking the Sharks a question – what do they think about when they hear the word “Afghanistan?” Perhaps war, terrorism, and opium? These are the reasons the three went to Afghanistan as U.S. army soldiers.

Emily supported army operations on night raids as a route clearance platoon leader, looking for roadside bombs. Keith was an Afghan regional expert who worked with regional elders. While the three were deployed, they saw a very different Afghanistan. Afghanistan is a land inhabited by proud people with a rich culture and history and covered in fields of violet-colored flowers. These precious, purple flowers yield the rarest and most expensive spice in the world, Saffron.

Saffron is the queen of all spices and worth its weight in gold. In modern-day cooking, there is no risotto Milanese or paella that is complete without saffron. After 30 years of war, a once progressive and peaceful country has been cut off from the international marketplace. Before the three returned home from their deployment, they wanted to find a way to empower the Afghan farmers. They worked with the farmers to create a market for premium Afghan saffron. Now only one question remains – which one of the Sharks will join the mission to cultivate peace and harvest profits for the farmers in Afghanistan?

The three have prepared something special for the Sharks today, and they want to showcase the variety of saffron. It’s important in both sweet and savory palettes, so the chef prepared a saffron ghee which is like a butter drizzled over yogurt, as well as a saffron-infused honey drop. All of the Sharks received a Rumi saffron gift, which is two grams of premium saffron. Lori knows saffron from paella, but the saffron almost smells like tobacco.

Keith explains – saffron that they might be used to is saffron that is several years old. This saffron is fresh and from the harvest. Robert asks where he can get saffron today if he does not get it from Afghanistan, and Kim explains that it comes from Spain, although it exports more than it actually grows. 90% of the world’s saffron actually comes from Iran, so if you’re buying Spanish saffron, it’s typically low-quality Iranian saffron that has changed hands many times. In fact, Afghanistan saffron has been voted as the best quality saffron in the world for three years. 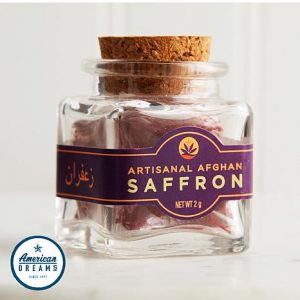 Robert asks about trading it, and Kim explains that in retail, they sell 1 gram for $18. They also sell to restaurants, which is $140 per ounce. Robert asks why it’s so expensive, but it’s expensive due to the lack of automation. It has to be processed by hand and can take 150 hours of labor just to produce one gram of saffron. The bottle gifts, in retail, sell for $35 and costs them $8.30 to make. Daymond then says that the pricing is high, so this means a limited market and that they may or may not be able to help the people that they are trying to help.

Emily explains that they are absolutely a luxury brand and that they are at the high end of the premium market. They reinvest the profit back into the infrastructure of Afghanistan. They are in it to make money as a for-profit company, but they also believe that making a difference is important. They wish to have a positive impact on the people there. Robert asks about sales, which Kim says are $400,000 so far. They have projected to sell $750,000 for the current year.

Mark asks about the sales of saffron in the United States. There, it is a little over $60 million. The spice market is about a $10 billion industry, so the saffron market is a very small segment. However, Rumi Spice is not really about the spice industry, but they are building a brand around saffron and doing other saffron-related products. The idea is to turn it into a brand. Mark asks how they intend to turn it into a brand, and who their primary customer will be.

Emily says that they want to reach the end consumer, so partners like Blue Apron come in handy. Mark interrupts, explaining that the brand is kind of hidden with a package like Blue Apron. Rumi Spice is being featured in their meals, as a matter of fact. The trio does wish to bring the company to specialty retail which includes companies like Daniel Boulud and Chef De Cuisine to do a Rumi saffron butter. They have different spice blends with saffron in them and are looking at things like saffron tea. The tea market is a huge market, which leaves lots of room for money to be made.

Mark then shifts gears and asks the three what they think their biggest political risk is. Keith does not think that there is a political risk because they are operating with the farmers and giving them an incentive to produce. Robert then asks how the three met. Kim and Keith met during emergency operations on Hurricane Sandy recovery at Manhattan Island. Keith was deployed in one of the most dangerous provinces in Afghanistan, and he met a farmer, Haji Yosef, who was selling vibrant red spice. That spice happened to be saffron, and at the time, Keith knew nothing. After doing some research, he found that Afghanistan indeed grows the best saffron in the world. 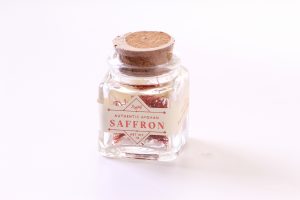 Keith then thought who better to call than Emily and Kim who both went to Harvard Business School? Robert is blown away by this, but Emily explains further. All three of them went to West Point together, too. Daymond starts to speak but interrupts himself to thank all three for their military service. He is actually a PAGE ambassador, and all of the Sharks believe in entrepreneurship and helping people. Rumi Spice is able to help the people in Afghanistan by providing their families with an honest day’s living. However, Daymond’s biggest challenge is the price of the spice. He is the first Shark out of the deal.

Lori is a huge foodie and goes crazy for truffle. Truffle oil, truffle fries, anything. Saffron, however, feels like the equivalent of a truffle in a spice. It’s expensive and it’s a premium luxury. She loves Rumi Spice and finds the mission statement awesome. However, she personally does not like saffron, so she is out. Kevin then clarifies on the forecasted income, which Kim says will allow them to break even and become profitable next month. The following year, they are estimated to make $1.5 million. Kim estimates that 5% would be net income, which means a 5% growth. Kevin finds this low, and Robert asks why the margin is so low for the price. Kim explains that she did this from comparisons, which she found from other food and beverage. However, this is all just a guess, and they could be higher.

Kevin then says that for some Harvard graduates, he’s a little surprised they don’t have the model nailed down a little more. Mark insists that they do, but Robert replies that they don’t. While they are Harvard grads, they aren’t perfect. Most of the real education has been from what they have done in the past year. The Sharks know the real stuff, and this is why they’ve come to Shark Tank. They are bringing to the table what they have done so far. Kevin loves what they have done so far and loves who they are because of the military discipline, but the problem is that he does not think Rumi Spice is worth $5 million.

When he asked how much money they would make on that $750,000, the answer is $0. Zero times anything is zero. So, what have they built to date? Keith explains that a lot of the money that they have made has been put into the infrastructure of Afghanistan. They will hit profitability next month, which is when the margins begin to grow. Kim says that they are in a high margin market, but Kevin disagrees. The gross margins online are between 75% and 80%, but this is not translating into 20% pre-tax. Kevin says that he became disinterested in the deal when she said that Rumi Spice would make 5%. 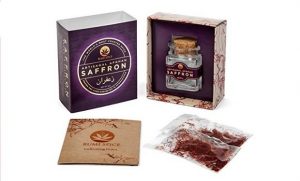 Kim then says that she is not focused on cutting costs and is more focused on cutting margins. Kim does not know their numbers by heart, and Kevin is out of the deal. The minute he sensed that they did not know their numbers, he was out. This leaves just Mark and Robert in the deal. Mark says that he loves the company and the fact they do good beyond the product. He has invested a lot in military-based companies. Mark extends an offer of $250,000 for 15% ownership in the company.

Robert then extends an offer of $250,000 for 25% since he thinks they’re right on the starting point. Mark’s offer is far better, and he does not intend to compete, so Robert is out of the deal, leaving just Mark. The three veterans glance towards each other before accepting the offer.

Although it’s a tall order, Rumi Spice is advertising itself as the world’s finest saffron. The primary method to get Rumi Spice’s saffron is through their website, where they now have many products available besides processed saffron for use as a spice. They offer a variety of spice blends, which includes a mulling spice blend, an Afghan curry braise, a Kabul spice blend, and a Paella spice blend. Of course, a spice blend gift box is available for people unable to make up their minds.

Rumi Spice has also expanded to the tea and jam category, and now offer a lemon sultana-marmalata jam, a saffron green tea, saffron-rose herbal tea bags, and saffron gummi gems. The tea is available in either tea bags or in jars for people who prefer to prepare their own tea bags. The saffron gummi gems are a brand new item, shipping out on May 15th of 2018. These are gummies that are infused with saffron spice and are priced at $24 for a six-pack (which is a limited time pre-order price.) Rumi Spice appears to be doing quite well for themselves and for the farmers in Afghanistan who grow the saffron.