What Happened to Hotch from Criminal Minds? 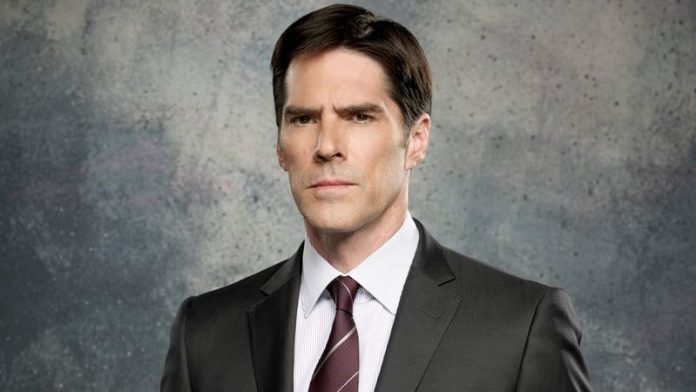 A former unit chief of the Quantico Behavioral Analysis Unit, Aaron “Hotch” Hotchner was a quiet, professional and very focused lead character in the hit TV show, “Criminal Minds”. But after season 12 of the series, Hotch and the actor who portrayed him, Thomas Gibson left the show seemingly forever. So what happened to one of the best characters on Criminal Minds? Let’s take a look.

Many fans of the show Criminal Minds have wondered what happened to Hotch in 2018, seeing as he did not appear in Season 13 and onwards despite being on the show since basically the beginning. Has Hotch died? Well no, not really. According to the show, Hotch instead has entered the Federal Witness Protection Program alongside his son Jack. This came as a surprise to most during the 6th episode of the 12th season, as for most of the season the writers and show made it seem like he was on a special assignment elsewhere in the country. Instead of being on special assignment, Aaron Hotchner was put on a separate team and assignment altogether, new name and identity included, mostly to protect his son Jack from a serial stalker and killer who had gained interest in the boy due to his father. To take his place, Hotch requested that Emily Prentiss (an old friend, played by Paget Brewster) would take up his position on the team.
Outside of the story, many people wonder what happened behind the scenes of Criminal Minds to cause Thomas Gibson to leave the show, and what chance there may be of Hotch returning on the show. Right before the start of the 12th season, it would seem that there was a nasty altercation between Gibson and a writer of the show (which may have come to blows), and Gibson was fired shortly thereafter. Later, it was determined that the cause of the incident was a major misunderstanding, and while there appears to no longer be any animosity, there’s also basically no chance for a return appearance of Hotch. That being said, in an interview with creative director Erica Messer included a statement that essentially no one can tell what could happen if Criminal Minds stays on for another 10 years. So, while still almost a definite no to Hotch coming back, Criminal Minds may yet be bringing in some surprises in the next few years.

About Hotch on Criminal Minds

Now that we have covered what happened to Hotch, and what his status is in 2018, let’s take a dive into the character that so many people loved. Born to an unknown mother and father on November 2, 1971, Aaron “Hotch” Hotchner (whose surname translates from old German roughly to “fair judge”) was likely born somewhere in Virginia. During his childhood, he would maintain a fairly distant relationship with his brother, Sean, and remain a mostly quiet and observant child, possibly due to childhood abuse early on. This disposition and his skill for observing made him an excellent Lawyer after he gained his JD degree from George Washington University. After some time working as a prosecutor, he would switch careers and begin work in the Behavioral Analysis Unit of a Seattle FBI Field office, where he’d become a BAU Unit Chief and Communications Director. From there, he would climb the ranks to become a Supervisory Special Agent at FBI Headquarters in Quantico, Virginia.

In terms of a psychological profile, Hotch keeps himself as an anchor around which chaos tends to reign, believing that by doing so he can keep his team calm and ultimately make any mission a success. While likely facing abuse and probably having a past full of social roadblocks, when it comes to his family his stark, serious demeanor tends to lighten up significantly, making a very distinct difference between his “work” and “home” self, with the viewers left to question which is the real him. Being motivated by both the safety of the public and his team, he has on a few occasions showed that these motivations can be turned into weaknesses, especially by his longtime rival, Mr. Scratch. It should also be noted that due to death of his first wife, (a casualty due to his career) his exit from the show is a sign of lessons learned; Where he cannot bring his wife back, he can save his son from the same fate. This leaves fans to wonder if Hotch’s son will be safe if he ever does make a return back to Criminal Minds.