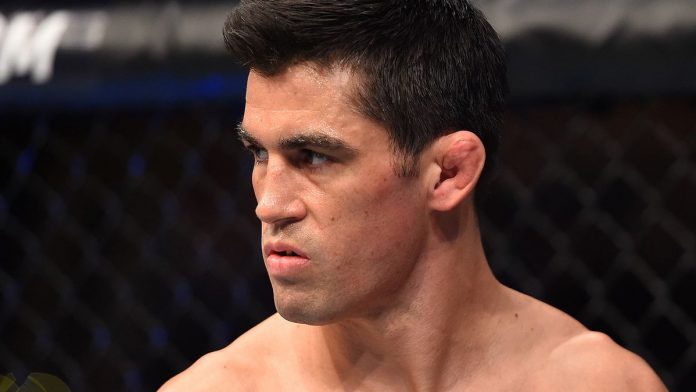 Dominick Cruz is well known for being one of the best pound-for-pound fighters, Dominick Cruz has been a mainstay in three different divisions during his time under the UFC. He has the unrivaled footwork and can find exploitative angles to attack from, which have combined to make him one of the UFC’s more interesting fighters. Read on to find out more about Dominick Cruz, his net worth, and his history in the UFC.

Dominick Cruz’s net worth is estimated to be anywhere from $1 million to $2 million, with a much higher probability towards the upper end of that curve. Dominick Cruz’s UFC salary is a cool $250,000, which varies up and down based on the number of fights he takes, wins, and the performances in those fights.

In the 2015 through 2016 fiscal year for UFC, Dominick Cruz earned $324,000, and the fiscal year before that, he only earned $170,526. UFC salary and pay can differ greatly from one year to the next. During his $324,000 paycheck year, Dominick fights 3 different fights and won two of those. Since he was the UFC Bantamweight Champion during those matches, his pay exponentially increased.

How Did Dominick Cruz Make his Money & Wealth? 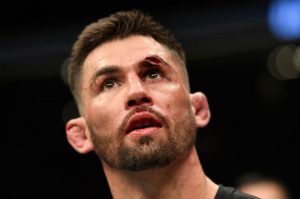 It’s no surprise that Dominick Cruz’s main income stream has always been from fighting. More recently, Dominick Cruz has moved into an MMA analyst role for Fox Sports, where he continues to perform his duties to this day. The Fox gig pays him quite well, with a reported salary of around $65,000 for weekly analyst duties.

Before becoming a full-time MMA fighter, Dominick Cruz worked at Lowe’s home improvement store as a customer service representative. He was also studying to become a firefighter at a local community college, but he signed to World Extreme Cagefighting (WEC) after winning 9 straight amateur fights.

Dominick Cruz is currently dating model Amanda Stronegger. The two have not announced anything official and keep their relationship rather quiet.

How much does Dominick Cruz make now?

Dominick Cruz’s last UFC fight was in 2016, and he was scheduled for another fight on December 30, 2017. However, he suffered a broken arm and was pulled from that fight. Dominick Cruz is still signed to a UFC contract which guarantees him a minimum salary (around $175,000 was the figure I could find for champions, his new salary is likely half of that). However, his job as an MMA analyst for Fox Sports allows him to continue working. That job secures him another $65,000 a year, and since Fox has a contract with UFC, he’s allowed to keep both income streams.

Dominick Cruz is young at only age 33 (born March 9, 1985), so I think we’ll definitely see him step into the ring and fight again. The Bantamweight division is still finding its steps, and Dominick Cruz could definitely be a gatekeeper for that division.

Dominick Cruz has a record of 22 wins and 2 losses. Of those 22 wins, 8 were by knockout, 1 was by submission, and the remaining 13 were awarded by judge’s decision. His two losses were from a submission and a judge’s decision. Cruz only has five fights in the UFC since 2011, but his style is impeccable.

Dominick Cruz was the reigning and defending Bantamweight Champion for more than 8 consecutive fights. He defended his title six separate times under the combined UFC and WEC brand, which is a feat that is still unrivaled to this day from any division. Dominick Cruz has won numerous awards for both his fighting and commentating. He received awards in 2015 and 2016 for Analyst of the year and received three different Fight of the Night bonuses. He has received one Performance of the Night bonus, and currently holds the record for most wins in the UFC/WEC Bantamweight division.