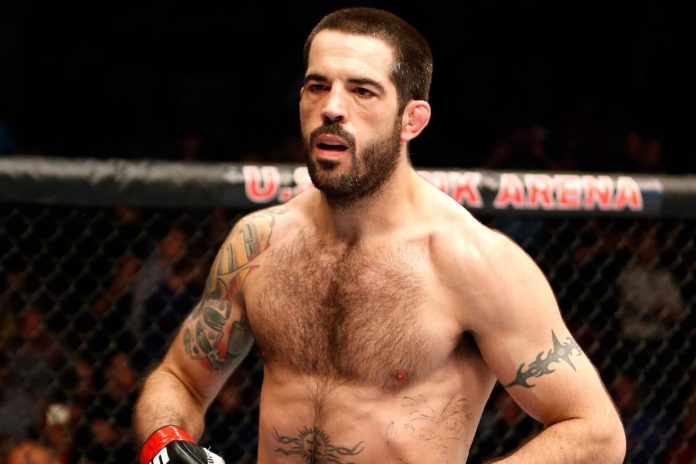 Matt Brown is a mixed martial artist fighting under the Ultimate Fighting Championship banner. Matt “The Immortal” Brown is a contestant in the Welterweight division (156 to 170 pounds) with a professional fighting record of 21 wins and 16 losses. Matt is one of just many personalities in the UFC with a unique backstory. However, with a nickname like “The Immortal,” Matt hopes to inspire people with a history of addiction and mental unwellness. Read on more to find out about Matt Brown and his battle not with just opponents in the Octagon, but his battle with his own personal demons.

Matt Brown is still alive and well in 2018. However, “well” is more of a subjective term – Matt is currently recovering from a torn anterior cruciate ligament or torn ACL. His most recent fight was scheduled for April 14, 2018, against Carlos Condit during a UFC card on Fox. Due to the injury, he has since been pulled and sidelined. I expect that Matt could take a fight before the end of the year, but as someone who recovered from an ACL injury, Matt could take up to six months to properly heal and recover.

Matt Brown is still active with his community and followers. He frequently posts on Twitter, where he has 107,000 followers, as well as interacting with his fans. It’s no surprise that most of this content is based around the UFC and his personal life. Matt is married and has twin sons who were born on October 8, 2010. 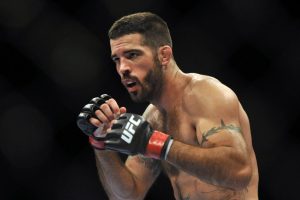 Matt Brown was born in January of 1981 to parents in Jamestown, Ohio. As a youth, Matt struggled and was homeschooled. He would eventually drop out of school and took a job that offered little wages as a shop machinist. Matt’s vices soon took the best of him and he frequently began to turn to drugs, including meth and cocaine, and alcohol. He took on a reputation as a rabble-rouser, and could frequently be found starting fights at parties and events.

Matt Brown’s first ever professional fight came after a binge of using cocaine. While he had gone to see one of his friends fight on a card, Matt Brown managed to sign a contract for the night and secured a fight. He went out to purchase a mouth guard and won his first fight without any formal training. The second fight on that same night, he lost due to a judge’s decision.

Following this, Matt Brown signed on with a local jiu-jitsu gym and trained to fight just two weeks later. He lost that fight due to judge’s decision but still had to go to work his shift that same night. After that, Matt Brown managed to sign on and become a Jorge Gurgel affiliate, which allowed him to train for MMA full time.

Matt Brown’s first UFC fight was on June 21, 2008, at The Ultimate Fighter 7 Finale. He won this fight by a TKO in the second round against Matt Arroyo, and since then, he has been a staple of the UFC Welterweight division. Unfortunately, this division has grown crowded with the likes of Conor McGregor and Khabib Nurmagomedov, so Matt Brown is not as prevalent these days. 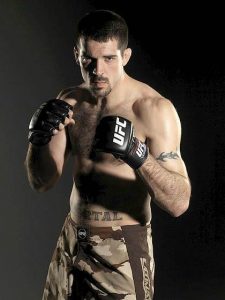 Matt earned his nickname “The Immortal” from a heroin overdose when he was in his late teens. He was pronounced clinically dead for over a minute but eventually managed to come back. His friends were quoted as saying, “Man, you are [expletive] immortal.” Since then, Matt Brown has been open with his struggles with addiction and his past and has moved mountains to improve his image.

Matt Brown has a career record of 21 wins and 16 losses. Of those 21 wins, 13 are by knockout, 6 are by submission, and 2 are by decision. 2 of those 16 losses are from knockouts, 10 are from submission, and 4 are by decision. Matt’s fighting style is evident from this record – he’s a stand-up kickboxer with a flawed submission game. Matt Brown’s longest win streak spans 7 fights, from February 2012 through May 2014.

Matt is getting old and a typical fighter’s body begins to deteriorate in leaps and bounds. While I am a long-time fan of Matt “The Immortal” Brown, I can imagine that he only has a few fights left in him before he should retire for his health’s sake. His last fight was in November of 2017, and prior to that, December of 2016.