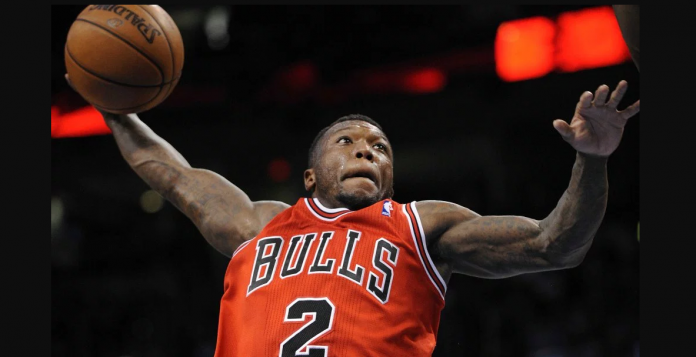 Nate Robinson has played as a point guard for various professional basketball teams both in and out of the NBA. He is most known for being one of the shortest players on any team that he plays for. He’s currently one of the co-captains on Ice Cube’s BIG3 project. Nate is also known for being the first player on the NBA to get three slam dunks in the annual NBA slam dunk competition.

How Did Nate Robinson make their money & wealth

The basketball player was born on May 31st, 1984 in Seattle Washington. No much is known about his early life, but we do know that he switched back and forth between Rainer Beach High School in Washington and James Logan High School in Union City, CA. He played for both schools but really shone in his senior year at Ranier. He split his time between track, basketball, and football. Basketball was clearly his forte. Nate helped lead his team to victory, and also was awarded the AAA State player of the year for the state of Washington.

Despite all that, he was given a full scholarship to Washington State College – for football, not basketball. He played both for a year before making the decision to concentrate on basketball. When he was a junior, he made it on the NABC All NCAA District team. He decided to skip out on senior year of college to join the NBA.

After college, he had an impressive career in and out of the NBA. He played for the following teams – the New York Knicks, Chicago Bulls, Boston Celtics, Denver Nuggets, Oklahoma City Thunder, Golden State Warriors, Los Angeles Clippers, New Orleans Pelicans, Hapoel Tel Aviv, Delaware 87ers, and Guaros de Lara. In January of 2018, it was announced that he was joining a 3 on 3 basketball league started by former rapper Ice Cube. 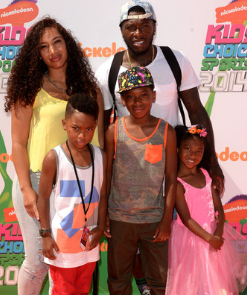 Nate Robinson has a sordid dating history. There is much to explore here, from getting a groupie pregnant while he was in a long-term relationship, and also the rumor that he was dating a porn star. He is currently dating long-term girlfriend Sheena Felitz, who is the mom of three of his children and the woman he has been dating since high school. They have had a rocky relationship, mostly due to his promiscuous behavior. After apologizing to Sheena on Instagram for his infidelity, he posted photos of the baby he had with his side chick on the same platform.

Nate’s salary has fluctuated wildly throughout the years. When he first started with the New York Knicks in 2005, he was making over $1 million a year. His highest salary ever was in 2011 when he went from making $791,000 with the Golden State Warriors to $4,500,000 with the Oklahoma City Thunder Team. From 2015 to 2016, he was only making $44,000. He is no longer in the NBA, but it looks like he will be a co-captain of a league which was formed by Ice Cube called BIG3. It’s a unique concept that pits 3 against 3.

How much money do they make per game?

This information has not been released. 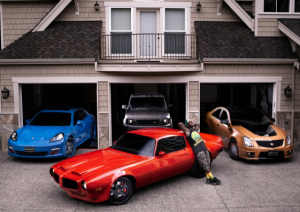 Nate grew up in Seattle, and he decided to return to his roots when he purchased a home in 2009. He spent $2.15 million on it at the time, and it looks like it has both a ton of interior space and lots of lands. According to the SBNation article in 2011, Nate also has a full-size basketball court in his backyard. A picture from the article shows it as bright green and gold with his initials proudly displayed in the center of the court.

Nate Robinson is definitely a car guy. His very first large buy after getting his initial NBA paycheck was a used Hummer H2 from 2005. Since that time, which was in 2007, he has also purchased a Range Rover (2013) and a Cadillac CTS (2013.) This isn’t all – Nate also has a Porsche Panamera and a cherry red Pontiac Firebird.

Nate is not known to be active in any particular charity or non-profit organization. As a member of the NBA, he probably works with NBA Cares. This organization supports “important social issues” involving disadvantaged young as well as health issues. Some of the charities they support include Make a Wish Foundation and UNICEF.

Nate is an expert at slam dunking – in 2010, he was the very first player to achieve the Slam Dunk contest three times in his lifetime. He is a unique figure in professional basketball because he is only 5’9, putting him among the shortest layers in the NBA. In 2010, he was a member of the Chicago Bulls, and he aided them in getting to the 2nd round of the Eastern Conference playoffs.