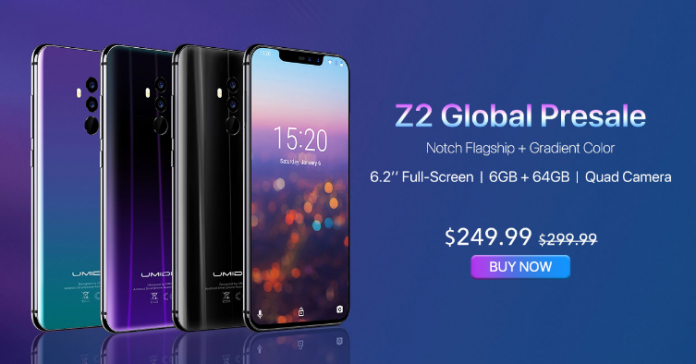 The UMIDIGI Z2 series debuted not too long ago, and it has definitely stood out among the rest of the newly unveiled smartphones on the market. The Helio P60 artificial-intelligence driven chipset is one reason this smartphone stands out. One of the biggest reasons though, that the UMIDIGI Z2 stands out among the competition is the gradient colors and design. More specifically, the Twilight and Twilight Black gradient colors, and we are going to tell you all about how these color schemes were developed.

When you look at the UMIDIGI Z2, there are many things that make this smartphone series stand out among the competition. The biggest thing that makes this phone stand out is the amazing gradient color scheme. Among colors of smartphones, we know there are countless versions of blue, silver, red, black, and pink. What most people do not see very often though, are gradient colors such as Twilight and Twilight Black. If you want a smartphone that stands out design and color-wise among other smartphones, then the UMIDIGI Z2 series is exactly what you are looking for. 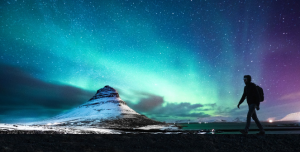 You might be wondering what has inspired these gradient colors, but really, nature is the biggest inspiration of them all. There is a lot of beauty in the world that we use for inspiration when coming up with designs and color schemes. Nature is always a part of the inspiration in some way. 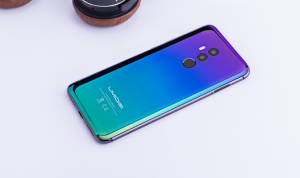 An example of this is how we look up into the sky and see the Northern Lights. This beauty draws inspiration in many ways, such as using purple and cyan colors for Twilight. Not only does purple and cyan create a beautiful Twilight color, it also shows how much nature does really positively impact inspiration.

Nature is the Inspiration for the UMIDIGI Z2 Twilight Colors

Once night hits, you step outside and you see the deep dark blackness of the sky. This darkness is where the Twilight Black UMIDIGI Z2 color comes into play. You will see how the Twilight Black is forever shining on the back of the UMIDIGI Z2. Combining things together in nature is what works the best when trying to find inspiration. 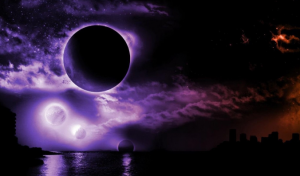 That is exactly what UMIDIGI did for the Z2 series of smartphones. Getting the Twilight and Twilight Black colors were all due to looking in nature, and seeing the beauty around us. The inspiration being all about nature is something that we have even been told by one of the main UMIDIGI designers. If you look at either one of these UMIDIGI Z2 smartphone colors, you will definitely see the nature element right off the bat. A lot of people love these two new colors, because it is definitely something different. Not only it is something unique and different, but you can see the nature elements from within the color scheme.

Using nature as an inspiration and making a beautiful product typically is easier said than done. When you look at the UMIDIGI Z2 series, getting these Twilight colors into the design was tricky and difficult. The design team new that they wanted to use these two gradient colors in the UMIDIGI Z2 smartphones. What was most difficult for the design team and engineers is getting the colors just right, and still showing the beauty of nature. 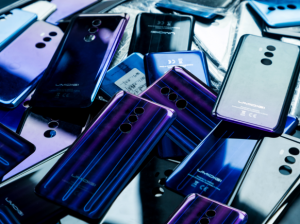 The color spectrum had to reflect the magnificence of the nightfall as well as the auroras. Once the engineers had the color spectrum just right, that all had to be shrunk so that it would work for a handheld device. There are also many body prototypes that had to be used in order to get the best results for the final product. 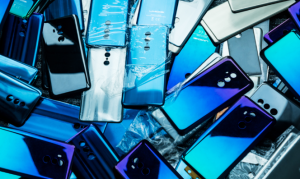 For the final product, it was decided that a non-conductive vacuum metalizing coating would be used. The NCVM for short would give the best effects for both nightfall and aurora. Many prototypes were developed in order to create the final product, and you can see pictures of some of these prototypes below. It did take a lot of tries by the team to find the best gradient color scheme representations.

You can find the UMIDIGI Z2 smartphones over at Gearbest right now for $249.99. There is a discount of $50 right now on this smartphone. Both the Twilight and Twilight Black colors are the same price. On Monday, the UMIDIGI Z2 will be also available over at AliExpress, and the price will be very good there as well. If you would like to see the full specifications of the UMIDIGI Z2, you can click here to view all of those details. 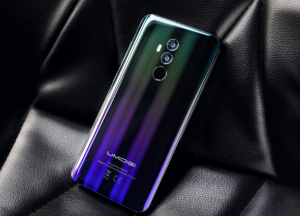 We want to known which color you think is the most stylish and fashionable? Do you like the Twilight Black nightfall look the best? Are you someone who prefers a more subtle color scheme, such as the regular Twilight color? We want to know what you think of these colors in the comments section below. There are also more pictures you can check out if you click right here and look through the Dropbox file.