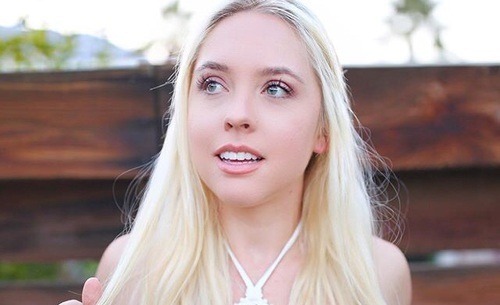 YouTube fashion and beauty vloggers are a dime a dozen, but vlogger Ashley Nicole stands out from the crowd. Ashley Nicole is a fashion, beauty, and lifestyle vlogger from California who has been making original videos since 2012. Nicole and her equally popular sister Alisha Marie frequently collaborate on vlogs together, which they have done since starting their channels together. Nicole has approximately 1.5 million subscribers across her two channels.

Ashley Nicole has been vlogging since 2012 and made a smart choice by capitalizing on YouTube trends. Many of Nicole’s videos consist of her take on makeup hauls, day to day purse contents, and unique beauty products. After securing a fan base and receiving several endorsements, she shifted her focus to more personal life vlogs. Ashley Nicole has 1 million subscribers on YouTube and almost as many followers on Instagram, which gives her considerable influence over the 18-24 age bracket.

How Did Ashley Nicole Earn her Money and Wealth? 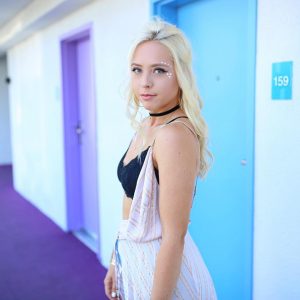 Ashley Nicole was born on December 25th, 1989 in Riverside, California. Her younger sister is vlogger Alisha Marie. The sisters always shared a strong interest in everything fashion and beauty, and often make videos together.

Alisha Marie joined YouTube in 2008. Inspired by her sister Alisha Marie, Ashley Nicole created her own channel in 2012 after appearing in several of her Marie’s vlogs. She kickstarted her YouTube career by posting Black Friday and Christmas clothing and makeup haul videos. Nicole also posted several product review videos, which attracted the attention of sponsors. Since Alisha Marie already had an established fanbase by the time Ashley Nicole started vlogging, she quickly gathered a following.

After establishing herself, Ashley Nicole made more videos with unique themes. Like most other beauty vloggers, Ashley Nicole’s most successful videos of all are “haul” style videos. Although she enjoys creating those kinds of videos, she also wanted to expand her reach beyond them. She created several “life-hack” and advice videos, where she advised her viewers on matters of daily life like studying, cleaning, and packing. One of her most popular videos is her Halloween DIY’s/Life Hacks tutorial, where she shows viewers how to create fun themed projects.

One of Ashley Nicole’s most popular videos involves her reviewing several weird beauty projects with her sister Alisha Marie. Released in 2016, the sisters test several odd projects such as fact slimmers and temporary tattoo lipstick. Nicole’s travel videos are also very popular – her What’s In My Carry On video has received 2.2 million views since 2017.

In 2015, Ashley Nicole made her AshleyNicole Vlogs channel. This second channel focused more on her personal life and travels, and its videos often include her sister and friends too. Nicole documented her travels all over the country and has also traveled internationally several times.

As of 2018, Ashley Nicole has already had a very fruitful year. She has traveled to Disneyland, New York City, Mexico, and Greece – all of which she has documented on her vlogging channel. The most recent videos on her main channel include a collaboration with fellow vlogger Sharrah from LiveYourStyle, in which they show viewers how to make wall-mounted pots for plants. In another recent video, Nicole buys cheap clothing from eBay and reviews it –  with surprising results. Nicole has also released several beauty tutorials and has even made two videos with her mom and dad.