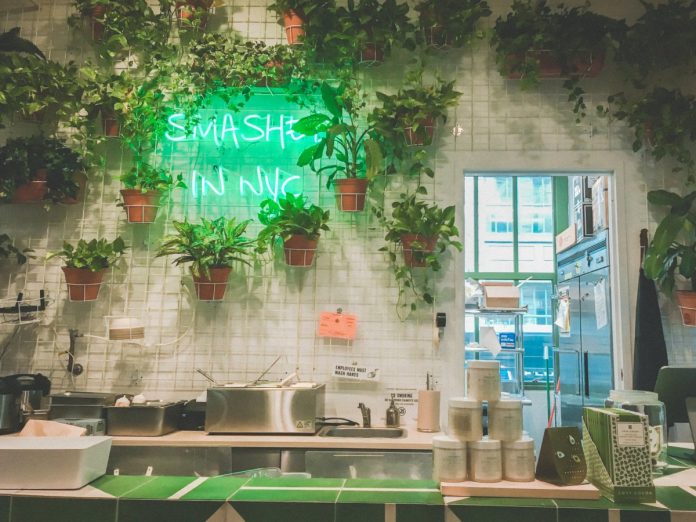 This is one interesting enterprise, which is a restaurant dedicated to a healthy food trend. Meet Alessandro Biggi, the co-founder of Avocaderia. He is seeking an investment of $300,000 in exchange for 10% of his company. He grew up in Italy, as the Sharks might have guessed by his accent, and he always had access to healthy food. When he moved to the United States, he realized that people were becoming more aware of what they were eating. Healthy food was no longer an option, but a necessity. The options were pretty bland, and he kept running into the same few options of meals.

One day, Alessandro decided to make himself one of those famous avocado toasts, and it was absolutely delicious. What really got him was that avocados are the perfect match between healthy and tasty. Thus, the idea for Avocaderia was born. As the Sharks might have guessed, every item on the menu at Avocaderia includes avocados. These items are all on a seasonal rotating item, which includes items like kiwi avocado toast, salads and bowls, and smoothies.

Their current top seller and Alessandro’s favorite is a warm, savory toast made with avocado topped on it, sun-dried cherry tomatoes, feta cheese, and pistachio nuts. All the dishes are designed to look as good as they test. Avocaderia is ripe for success, so which one of the Sharks are ready to take the first bite?

Lori says that she loves Alessandro’s accent, while Robert cheerily yells “Andiamo!” (which means “Let’s go!” in Italian). Alessandro passes out sample dishes to each of the Sharks, including guest Shark Rohan Oza. He mentions that he had heard Rohan prefers a meal without feta cheese, and Rohan remarks that he is quite smart indeed. Each of the Sharks is given a sampler platter, which includes avocado toast, a small smoothie, a salad

Each of the Sharks eats and loves it. The platter includes Mediterranean toast, let-it-be toast (a vegan option), and the mango smoothie and the chocolate mousse (again, vegan-friendly as it contains no milk). Barb asks if this is how the meals are presented at the restaurant, which Alessandro confirms. The plating and presentation are beautiful. Avocaderia is inside one location, which is a food hall in Sunset Park in Brooklyn, New York. 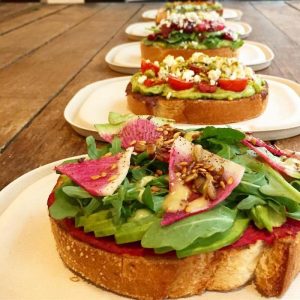 Mark asks how long Avocaderia has been in business, which has only been 8 months. In the past month, they did $75,000 in sales, which averages out to about $2,250 per day. The total startup investment required about $70,000. Barb asks if he has any photos, which he does. The outside is filled with fresh branding and they aim to have the place be alive. The people inside should be happy to be there, but the Sharks are too caught up in the pictures of delicious food on the television screen.

Robert asks how much the toast is, which range from $6 to $14 per item. The price point is made to be affordable. Alessandro’s background is from a public investment bank, where he then moved to debt consolidation. However, last year, he moved to Seattle since he was working for a new company. It was hard for him to find good food to eat every single day. He’s not the best chef out there, even though he is Italian so he should be, but he started to make avocado toast and he fell in love.

The food made him feel healthy and at the same time, it was a delicious, savory taste. Robert asks what Alessandro intends to do with the money. They intend to open a second Avocaderia in Chelsea, New York, in another food court. The idea for them is to open 20 locations in the next 5 years. They estimate that each location can open with an average of $200,000. This is higher because their first location was a food hall, and their new locations will be a proper building.

Alessandro is looking for $300,000 to open one independent restaurant and one food hall. This takes care of the $300,000, but where will the money come for the other 20? Growth sales are projected to grow up to $750,000 as they open a second location. Next year, they are aiming to do $4.3 million. They are opening the second one with their own money and have put together $170,000 of their own sales. Robert asks why the business is worth $3 million with one location. 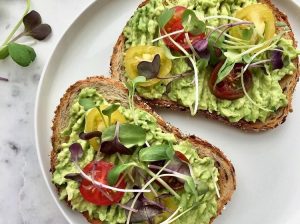 Avocaderia is already profitable, and they have already received more than 50 requests for franchising opportunities. They aren’t planning to franchise yet, but they have ideas for a cooking booth. This is in the six-figure range, but they are planning to open this location in the future. Barb asks if Avocaderia will remain in New York, but the plan is to stay within New York. Other locations include Miami, San Francisco, Los Angeles, and even Texas.

Lori says that the food was delicious and she thinks it’s a great and honorable mission to have healthy food. However, her big problem is that everything has to be about avocados and while she likes avocados, she’s not a huge avocado fan. Because of this, she doesn’t share the same passion, so she is the first Shark out of the deal.

Robert says that Alessandro has done an amazing job and he loves the menu and presentation. However, the presentation is not worth $3 million and he can’t argue with the accent. So, Robert is out today but loves the idea. Rohan says that Alessandro has amazing energy and a great vibe, and he really wants to jump in. His problem is similar to Lori in that the entire menu is avocado-based. The minute he gets fatigued, which happens in food and beverage all the time, he’s out. He isn’t coming back since there aren’t varieties of things non-avocado. He loves Alessandro and the idea, but it just isn’t catchy for an investor. So, Rohan is also out of the deal.

Barb loves that the business is single-minded and focused. She’s shocked to hear anyone doesn’t like avocados, as everyone she knows loves them. The dishes totally taste different from each other and the chocolate mousse blew her away. Plus, Alessandro is great at the design which covers roughly a third of the business as well. So, she intends to make an offer with her partner, Mark. The offer is $300,000 in exchange for 25% equity. 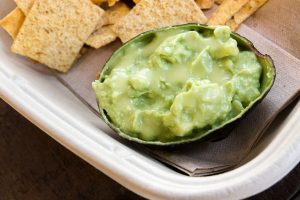 Alessandro loves the value that two of them would bring, but at the same time, they are at the very early stage and think they can grow the business a lot. They feel as though they do not want to dilute their equity at this point, so he counter-offers with $300,000 with 15%. Barb and Mark do not agree. The reality is that Barb and Mark have large portfolios and receive dozens of calls every morning. The calls that they’re most excited about are the calls with companies that they’re deeply invested in. Mark wouldn’t return a call for 7 and a half percent, as you have to have more than that to be enthusiastic. It would be unfair to Alessandro.

Alessandro thinks for a moment more then offers a deal of $400,000 for 20% equity. They give up a little more money but get the percentage they want. Mark is cool with that offer, and Barb is as well. Just like that, Alessandro has secured a $400,000 investment for Avocaderia and two Sharks who are crazy about avocado.

Now advertised as “the world’s first avocado bar,” Avocaderia is still open to this day. They have two locations open – one in Industry City (Brooklyn, New York) which is open 9 am to 4 PM, Monday through Friday, and then 11 AM to 5 PM on the weekends. The sister store is located in the Terminal Stores of Chelsea, New York. This location shares the same hours. Both locations are positioned in food halls.

The menu is available online, which includes toasts, salads, and bowls, and smoothies, much like Alessandro had said. These prices start at $6.95 on the cheap end and go up to $11.85. However, they now have a specials menu category, which includes items like the avo burger (made with a salmon patty), signature guac with chips, and avocado lime cheesecake.

Avocaderia also has an online shop, which is full of paraphernalia and clothing related to avocados. They have begun to expand their marketing presence, which includes an Instagram page with nearly 65,000 followers. They have a Facebook page with 30,000 likes and 215 reviews for a total 4.3 star rating.

The biggest complaints about Avocaderia, originating from Yelp, seem to be that the food is bland and can be undercooked. However, these types of reviews are few and far in between, as most reviews rave about the vegetarian and vegan-friendly options. Despite the little bit of critical reception, Avocaderia still appears promising to grow and could be coming to a mall or shopping outlet near you in the future.