Entering the Shark Tank is an entrepreneur presenting an accessory for the techie generation – namely, the millennials. Meet Joe Croft from San Clemente, California. He is seeking $750,000 in exchange for 5% in his company, Gunnar Optiks. We live in a world dominated by screens, Joe starts. Phones, computers, tablets, PCs – you’re probably starting at a screen 6 to 8 hours a day. At the end of a long day, your eyes might feel a little like, well, this. Joe switches to a screen that demonstrates just how your eyes might feel.

A man is staring intently at a computer screen. First, sandblasts out and hits him directly in the face. Then, a gigantic fist punches the man, sending him flying backward out of his chair. Finally, an extremely bright light fries the man, giving him a nice sunburn. Maybe you just have a headache that won’t go away – and, a crate falls on the man. A very nice visual presentation of how staring at a computer screen hurts your eyes.

Computerized eye strain has become the number one health-related office complaint in the United States, outstripping carpal tunnel 40 to one. Since those screens aren’t going away any time soon, what’s the solution? Enter Gunnar Optiks, eyewear for a digital age. Their patented optical lenses are the only clinically-proven solution for eliminating all four major symptoms of computer eye strain.

Gunnar Optiks can help prevent dry eyes, reduce muscular fatigue in the eyes, reduce glare, and most importantly, is scientifically proven to reduce harmful blue light by up to 65%. Using your eyewear, you’ll find an increase in optical clarity, focus, and visual performance. So hopefully those long days at work don’t feel quite so long. Which one of the Sharks want to make headaches and digital eye fatigue a thing of the past, especially in a world where screens are never more than a few feet away?

Joe passes out samples to each of the Sharks, including guest Shark Rohan Oza. Rohan and Mark immediately put on their pair of Gunnar glasses, turn on the brightest screen setting of their tablets, and test the product. The other Sharks follow suit. As they hold the tablets at a distance, the contrast is enhanced. Mark admits there is definitely a difference. The glasses just block the blue light, and they’ve scientifically measured it to block 65% of all blue light. 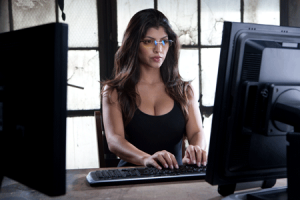 Yellow light is more calming and better for the eyes, and there’s a lot of science that goes into why the yellow light is better than blue light. This is because of its placement on the ultraviolet spectrum, which is a high energy color and is damaging and can disrupt sleep patterns. Mark asks about the sales, and Robert agrees with a $16 million evaluation. Last year, in 2016, Gunnar Optiks sold $6.5 million worth of eyewear. This year, they’re trending towards $7.5 million in sales. They are approaching 60% gross margin, which means 60% of each unit landed is gross revenue.

The 60% price point is between $60 to $80 per unit. They are indeed making a profit, and the total profit was in the range of $500,000. Robert is impressed at the 60% margin, but he only made half a million. The costs are going towards building a brand, and they have actually penetrated the gaming category. Mark and Robert agree, and Rohan asks for more details. With the gaming crowd, they sponsor a number of eSports athletes. Esports is actually the wild west right now.

Lori asks if they have a patent, and Joe says that they have two things. The first is obviously a patent, but they also have a “battle-tested” IP (intellectual property). They went toe-to-toe with some of the largest people in the industry and have gone into the courtrooms and come out victorious. Barb asks Joe what his experience in the eyewear business is. Joe spent part of his career with Oakley, a very famous and high-end sunglasses brand. Oakley dominates the performance category of sports.

Over the course of Gunnar Optiks’ life, they have raised more than $9 million. Rohan says that the rock just got dropped. Joe owns 20% of the company, and the rest was diluted among investors. He’s had to continue to raise money, which means something didn’t work. They’ve only raised money in two large efforts, Joe affirms. They haven’t raised any money in the last several years because the company is profitable. Last year, the revenue was $6.5 million. The year prior, they were $8 million. The year prior to that, they were about the same at $8 million.

With the $750,000 Joe receives from the Shark Tank, he wants to begin a harsher marketing campaign. They are “evangelous” about how bad people’s eyes are becoming. They do have some debt, which is about $1.2 million dollars. Barb says that when she sees an entrepreneur who has a 20% stake in a business, she stops seeing them as an entrepreneur and more as an employee with an incentive. It makes her feel uncertain, so she’s the first Shark out of the deal. 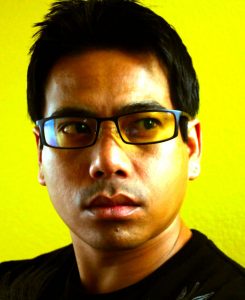 Robert is in the computer business and he works with 300 computer geeks and will buy them anything they want. They look at screens 24 hours a day, 7 days a week, for some of the biggest companies in the world. Nobody has ever come to him and said that they need a pair of yellow glasses. Joe raised $9 million and there is a lot of uncertainty, so Robert is also out of the deal.

Mark says that Joe deserves a lot of credit because Joe is an eyewear industry survivor. There are not a lot of those. But Mark isn’t looking for a survivor, he’s looking for a thriver – it’s obvious to him that Joe knows exactly how he’s going to use the money. Gunnar Optiks needs to go from a niche-marketed product, the gaming space, and shift into the mainstream. They need to go to QVC, he says.

But Mark says that Joe is proving his own point – Joe is bouncing and pivoting to look for something to take them to the next level. Since they don’t know what the answer is, Mark is out of the deal. Rohan says that he’s torn because he loves the brand and likes Joe. He has the energy and passion, and Rohan believes that Joe has a brand name that can be truly built. But what he does well is add fuel to growth brands, and as much as he loves Joe’s passion, the time has passed for Gunnar to be brought to different channels. From a gut and financial standpoint, Rohan can’t admit to a deal. He is the fourth Shark out of the deal, leaving just Lori interested.

All of the Sharks dismiss Joe, not realizing Lori has yet to make an offer or speak her mind. Lori says that when she puts the glasses on, two things happen – the irritating blue light is gone, and it’s much clearer and almost like the letters get bigger and more defined. It’s a very interesting thing to her because she has sold a product called Neox Sunglasses. She’s sold probably $30 million worth of them, but her concern is that Joe has a lot of debt and not a lot of equity. She sees a solution in the form of television. You need the demonstration because once you look through them, you’re sold.

Lori gives a wild offer – an offer of $375,000 as an investment and $375,000 as a loan at 8% interest all for 8% equity. This is a no-brainer, according to Mark. This really is an amazing offer, and Joe loves that he’s actually received an offer from the Shark Tank. Lori is confident that she can sell the glasses. Out of respect for the current investors, however, Joe has to care for the current investors. Taking that much of the company would be tough on the current investors. Lori then offers $750,000 all at a loan at 8% interest and she takes 5% of the company, which is Joe’s initial offer.

Lori feels that Gunnar Optiks needs awareness. Joe knows the margins, so he knows how much more he has to pay in order to pay back the $750,000. That much money coming in is nice, but the equity slice seems a little bit rich. He counters back with 2.5% on the equity offer, which halves his own initial offering. Rohan says that Joe is dealing with one of the biggest brand builders in America.

As a gamer, I’ve been familiar with Gunnar Optiks for quite awhile. The product dates back to as early as 2011, despite being launched in 2007. While not really revolutionary, the idea that there’s a one-stop fix for all screens is nice. There are numerous blue-light filters available for almost every sort of device with a screen, which I highly recommend checking out and using.

Gunnar is still around with a broad range of products. Their glasses come in different styles and at various prices, but the prices typically start at around $40 and increase to about a maximum of $100. Each of the glasses is critically acclaimed on Amazon, with no pair of Gunnar Optiks having less than a 4-star review. Almost every model is available with Amazon Prime shipping.

Gunnar Optiks has four types of styles – computer styles, gaming styles, sunglass style, and even prescription lenses. Gunnar is advertised as reducing digital eye strain, improving comfort and focus, and of course, protecting the users’ eyes. Ach pair of sunglasses includes a warranty for up to one year from the purchase date and two years for the defects in Rx lenses. Scratched lenses, however, are not covered under the warranty, and Amazon distributors are not required to honor this warranty.

Gunnar Optiks is partnered with a variety of companies. The biggest and most recognizable names include Heroes of the Storm, an arena computer game from Blizzard Entertainment, Major League Gaming, and Razer. They are also partnered with Publish, a fashion clothing line, Hydro74, an artist from Orlando, Florida, and fitness lifestyle brand Hylete.

Gunnar Optiks glasses can occasionally be found available at a hefty discount, and are typically given away as prizes from Twitch.tv livestreamers. I bought my pair for $20 about three years ago, and they still hold up to this day. For anyone that wants an easier time sleeping or reduced eye strain, I highly recommend a pair of Gunnar Optik glasses.