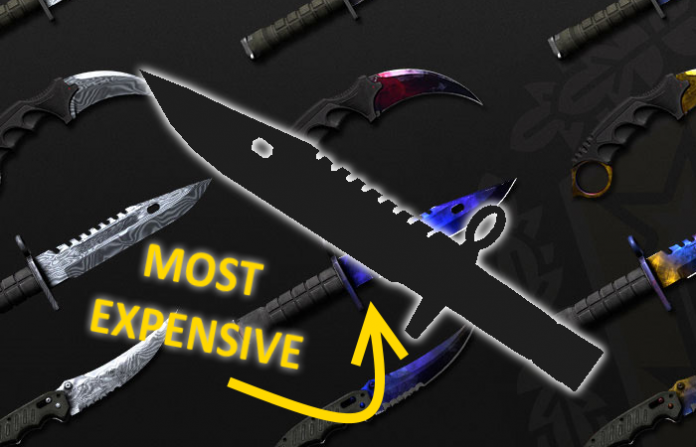 One of the newest concepts when it comes to gaming are skins. Those little cosmetic items for your character or weapons can really make you stand out in a multiplayer game. However, in such a competitive market, things are often taken further than you might imagine. When there are millions of people playing, you can be certain that a market for premium skins will develop itself. And the market for CSGO knife skins is no different. While the cheapest skins start at $40ish (which in itself is more expensive than the game), the most expensive ones go far beyond that. So let’s go ahead and find out what are the top 10 most expensive CSGO knives! It goes without saying that all of the listed items are Factory New, of course. 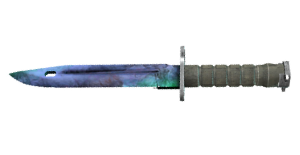 When it was first released, the StatTrak Bayonet Gamma Doppler was worth upwards of 1,000 keys (a key being worth ~$2.5), which is why it’s earning the 10th spot on our list. The bayonet is just about the most ‘knife-like’ knife in CSGO, but if you slap on the Gamma Doppler skin and the StatTrak, things get wild pretty soon. The first players that got the knives were selling them for up to $3,000, with some people estimating that they’re worth even more. Nowadays, you can find one at a much more reasonable price of ~$440, although they are still very rare on the market. 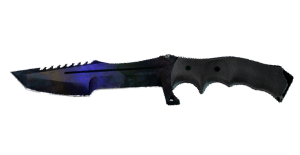 The Huntsman Knife with the Doppler skin is one of the most badass looking knives in all of CSGO. That point is obviously a common fact because this knife used to be priced at around $4,000, back when there were only a couple of them.  At the moment, a Minimal Wear Ruby version of this knife is on the market for $1,600. But other versions can be found for as ‘low’ as $282 if you are looking to pick one up. 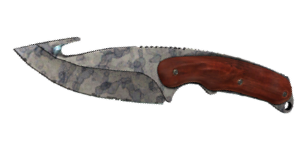 This one is a bit weird. The lesser versions of this CSGO knife skin are some of the cheapest ones in the game, hovering at around $50. However, a brand new Stained version, with StatTrak, used to be worth over $4,000. And is still up for grabs for a hefty price of just over $1,600. 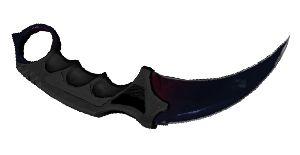 The Karambit is, in my opinion, one of the best looking knives in Counter-Strike: Global Offensive. And it seems that lots of people agree with me because the Doppler version of this knife can fetch quite a price on the market. Of course, like most items on this list, this knife tracks Confirmed Kills using StatTrak technology, which always propels the price. Nowadays, this knife is quite a common one and can be found for upwards of $250, depending on the version you want. But when it was a rarity, this CSGO knife skin was being sold for thousands of keys, which is something you don’t see that often (outside of this list). 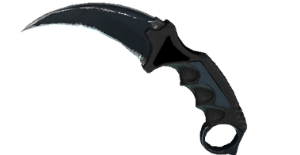 Probably my favorite entry in this list, aesthetics-wise, is the Karambit Night. The darker shades suit this knife so perfectly that I kind of want it. But then I remember that at some point this knife was worth upwards of $5,000! Even the less-than-stellar version of this knife is priced at a few hundred dollars, but the best ones… well, they can’t even be found on the market. There goes my dream of owning one. (Aside from the whole issue with pricing) 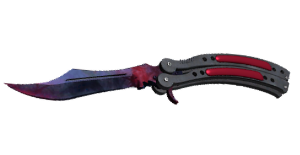 Ah, the good ol’ butterfly knife. As if it weren’t cool enough, it was painted with the Doppler skin and now it looks nothing short of beautiful. The Sapphire version of the skin, which is the most valuable one, used to go around for almost $6k in the past. As with most knives, the price has dropped since, and you can find the cheaper versions for a few hundred bucks. However, the most unique versions of the ST Butterfly Knife Dopper can still enter the thousands. This one is definitely one of the coolest knives in the game, but is it worth the price that put it on our 5th spot? You decide, after seeing the rest! 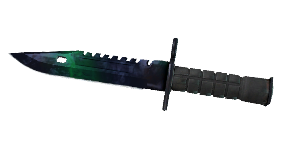 Finally, at the 4th spot, we welcome the M9 Bayonet to our list. And what an entry it is! This knife was valued at over $6,500 back when they were first released. Of course, this one also has the StatTrak technology included. This particular skin is described as first being painted with metallic silver and black paints using a marbleizing medium, after which it was candy coated. That’s about everything you need to do to make a CSGO knife skin that still sells for ~$700. You can also find different versions for a bit cheaper, starting at just under $400. These are still quite rare, so if you happen to get one, you might want to hold onto it! 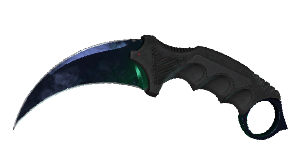 We’re entering the top 3 with a banger. The Karambit, as previously stated, is one of the most beloved CSGO knives in the community. And when you combine it with the Gamma Doppler skin, you get head-spinning price tags. This knife, in its most valuable state, was worth almost $7,500. You could buy a nice used car for that price, but it likely doesn’t come with this candy-coated skin, unlike the knife. Of course, for the full package, you have to have StatTrak attached to it. If you do, you can still hope to get around $1,400 for it. Or you might opt for the cheaper versions, which are hovering at around $500. The Factory New Emerald version of this knife is currently on sale for $5,800, which tells you all you need to know about its rarity. 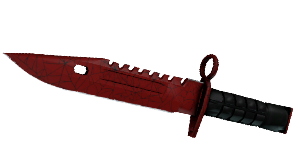 What? No StatTrak?! Don’t worry, I didn’t miss anything – the combination of the fan-favorite Crimson Web skin and a Factory New M9 Bayonet is a deadly one. So deadly that it is still so rare that you probably can’t your hands on it, even if you had a few thousand dollars laying around. That’s why it’s still worth the absurdly large amount. Of course, there are less rare versions of this knife going around for around $100, but those aren’t the ones that we care about in this list. The ones that we do care about will still cost you around $6,200 if you somehow manage to find one of them on the market. Which you won’t. 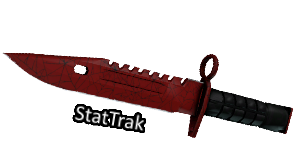 StatTrak makes a heroic return to the list, of course! Just by adding it to the CSGO’s most renowned knife skin, you can shoot its price to astronomical heights. The first StatTrak M9 Bayonet Crimson Web in the world was sold for $23,850. That is around 1600 times the retail price of CSGO. This knife is still, of course, very rare, and you are likely to never see it on the market again. The cheaper versions can be found at fairly reasonable prices of ~$150, but that’s just not the same. Factory New is where it’s at for this list, and the Crimson Web M9 Bayonet is still the king after all these years, likely to never be dethroned.