Entering the Shark Tank is an entrepreneur who brings with him an incredibly simple workout accessory that has many, many applications. Meet Martin Dimitrov, an entrepreneur from Chicago. His company is SnapClips, and he is seeking $150,000 in exchange for 15% equity in his company. SnapClips are the most durable, safe, and user-friendly weight collars on the market.

The problem with typical weight collars is that they are not made to last, they’re not user-friendly, and they’re not safe – Martin demonstrates this by pulling a heavy, 45 kilogram weight back and forth on a demonstration weight-lifting bar. He then promptly throws it on the ground. SnapClips solve these problems. Remember those snap bracelets that kids used to play with? You would slap it on your wrist to make a bracelet. SnapClips work the same way, although there’s a layer of heat-treated steel reinforced by military grade kevlar. It’s a little different, but snapping them on.

Simply take the SnapClip, lock it tightly on the bar, then snap it into place. It comes with velcro that allows you to reinforce the strap into place. Barb comments on how easy it is. The silicone grip holds the clip securely against the weight and the added velcro lock seals the deal. Martin then demonstrates just how durable the SnapClips are by taking that weight-lifting bar with two 45 kilogram weights and standing on the weight. The weight holds and Martin stands for a few seconds to demonstrate.

Once you’re done with the workout, simply remove the SnapClips. He undoes the velcro and removes the clip with ease, impressing the Sharks even further. Snapclips are changing the fitness industry, but the best part about having an issued patent (aside from the cool factor at Martin’s age) is that he can license the technology for other purposes. Anything from industrial fasteners to telecom companies looking to secure cables – this is just the beginning. Which one of the Sharks is ready to make some money?

Mark is impressed at how the demonstration worked out, and is eager to get his hands on a sample. Robert asks Martin how old he is, and he just turned 19 years old in August. He thought of the idea for SnapClips when he was only a junior in high school. Robert jokes to Lori to put her hand out, much like the snap bracelets that kids used to play with. Guest Shark and former MLB all star Alex Rodriguez asks Martin if he’s still in school, which he confirms – he’s currently attending college. He’s a sophomore at the University of Illinois, Chicago.

The sharks have taken to slapping the SnapClip onto their wrist, which secures tightly. Barb slaps it on the table and it rolls up, and she remarks that the thing is scary. Martin came up with the idea in a high school class and also earned $23,000 in a KickStarter fundraiser while he was still in school. 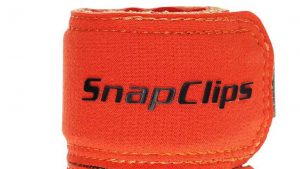 Robert poses a hypothetical – say he gets an investment, is his plan to hire somebody full time or drop out of school for a couple years? Martin says that school will always be ready to take his money, so he’s ready to go deep on the SnapClips plan. Barbara is impressed that he would quit school, then asks what they sell for – retail is $29.99, and each unit costs $8.50 to make for the pair. Sales for this year are roughly $6,500 but this is keeping in mind that they launched a month ago.

This low number deflates the Sharks. Martin then claims that last year, they sold $25,000 units in a month through the KickStarter. Alex asks how Martin came to a $1 million evaluation, which Martin explains; they did $25,000 in the KickStarter and some came in afterwards. In a year, that’s $300,000 so multiply it by 2 to get $600,000. That’s a little over half a million dollars, and then the patent is valued at over $1 million by Martin. Humbly, that’s about half a million dollars. Robert then asks if Martin has taken the idea to any industry leaders, which he has – he’s actually taken it to a couple leaders in wire management.

The wire management managers were really interested in the patent because of how it can be used. For storing wires, it’s great and easy to carry, but they could make something a lot more cost-effective. You can hang the SnapClip on something and it saves a lot of money because it’s reusable. Lori says that she sees the industrial solution as being a lot more practical, although she doesn’t know about the weights and gyms. The application is fabulous for any type of hose – garden hose, wires, utilities. The problem is marketing the SnapClips, which is why Martin came to Shark Tank. 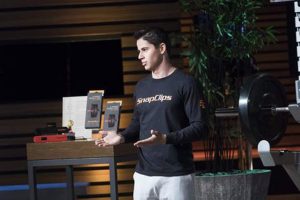 Robert thinks that the product is great and Martin is incredible at only 19 years old, but it’s a bit of a journey. You need to get into the other markets for it to be interesting to Robert, so it’s not for him. Robert is out. Barb says that Martin is the right entrepreneur and none of the Sharks would doubt him for a second. However, the SnapClips are just not a product that she relates to which is why she’s also out of the deal, leaving three Sharks left.

Lori wants to give Martin a flyer, because the patent is interesting but she’s thinking of a million other things to do with it than what he actually came in thinking about. The way she intends to structure the deal is $150,000 for 50% of the ownership of SnapClips. All of the other Sharks gasp at the incredibly strong offer. They would be partners, and this is because Martin is only 19 and in school. He has a lot ahead of him and a lot to do, and the SnapClips are a clever idea. He has a patent, but somebody has to come in and take SnapClips from ground zero and turn it into a billion-dollar company. That’s a lot of work, more than a full time job.

Lori has done it with several products and has hundreds of millions of sales, but you don’t get that without really putting in an incredible amount of work. This is why she’s offering for any other Sharks to come in, and Alex steps up to the plate. The two of them would split the ownership at 25% each. However, Martin feels that the equity is high because he sees a lot of potential. Lori explains that she has had several entrepreneurs around Martin’s age who didn’t know how to deal with packaging, retailers, or licensing.

Martin agrees that it’s difficult, but he has done everything up to this point. It’s a huge honor, but Mark speaks up. It does take a lot but Martin deserves a ton of credit – Lori’s offer for 50% is ridiculous, and he would never tell anyone to take that. 15% isn’t enough, but Alex and Lori could add a ton of value. Mark can convince the two of them to come in, but it’s $150,000 cash in exchange for 30% ownership. 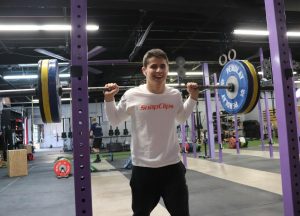 Lori is thinking that she can get in the trenches and grind with her entrepreneurs – if she now has two amazing partners, then she’s sharing some of the hard work with Martin and she can accept that. Mark promises that they can get Dallas Mavericks logos on SnapClips and get other NBA teams on board, and then they can go from there. Alex could bring his gyms in, but Alex is only in if Martin stays in school. Mark agrees with Alex’s contingency.

And just like that, Martin Dimitrov has found himself not one, not two, but three partners in the form of Alex Rodriguez, Lori Greiner, and Mark Cuban. Robert disagrees with the evaluation, but this is an absolute first in biting the dust in terms of value. Mark says that he would happily buy the patent by itself for $500,000 and take his chances on it.

SnapClips are on the market still, although it’s interesting to see that they haven’t evolved beyond being advertised as a sports accessory for weightlifting. A pair of SnapClips is available on Amazon for $29.97, and even includes free 2-day shipping with Amazon Prime. SnapClips also has their own website, which feature the SnapClips being advertised with a silicone grip, steel strips, reinforcing PAS fiber, and a velcro lock.

SnapClips are available in a few other online storefronts, and are typically rated highly. However, a few critical reviews have claimed that the product failed at some point, typically involving a crossfit workout. Another important complaint to note is that the product does not work on ribbed bars, requiring the weightlifting bar to be completely smooth. This seems like a large oversight in the packaging department.

Interestingly enough, another product emerged as the “SnapClip Ceiling System,” which is advertised as a new and innovative way to create suspended ceiling systems. I’ll be curious if the two different products and companies ever come to court in an attempt to maintain sole ownership of the term SnapClip.