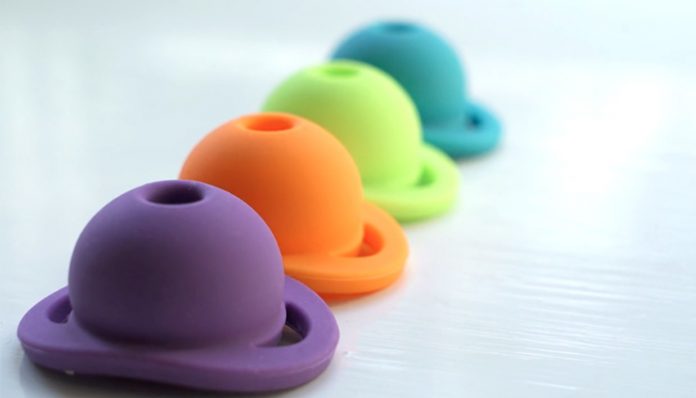 The Pop Before Shark Tank

A cleaner pacifier, The Pop is unique in that it features a self-protective bubble, which keeps it clean even when dropped. Made from 100% silicone, it saves parents the hassle of having to wash the nipple, when it is dirtied on the ground. Simple, and easy to use, its single-piece constructions ensures that there are minimal places for dirt and bacteria to hide. For day-to-day cleaning, simply pop it into the dishwasher!

The brainchild of Nicki Radzely and Janna Badger, the self-retracting pacifier came to be after she noticed an infant repeated expel one from its mouth during church service. Thinking that there must be a better option than to have it pick up dirt and bacteria from the ground, she took it upon herself to come up with a new product. Two years later, she connected with Radzeley through her boss, who soon became her business partner.

Working together, they began to proceed with prototyping. To their dismay, however, the process ended up taking much longer than they had anticipated. In the end, it took them hundreds of iterations before getting the product right. With the prototype complete, they began to raise funds through Kickstarter. Launched in October 2015, their campaign quickly proved to be successful. With the support of many parents, they eventually reached their goal within a month’s time. By late 2016, they had started to ship their orders out to their hundreds of backers. From there, The Pop won an Innovation Award from the Juvenile Products Manufacturers Association in 2017.

As one thing led to the next, it was announced that the founders would have the chance to pitch their germ-resistant pacifier on Shark Tank. Less than two years after its launch, The Pop was featured in the 19th episode of season nine, which aired on January 21, 2018.

The Pop on Shark Tank 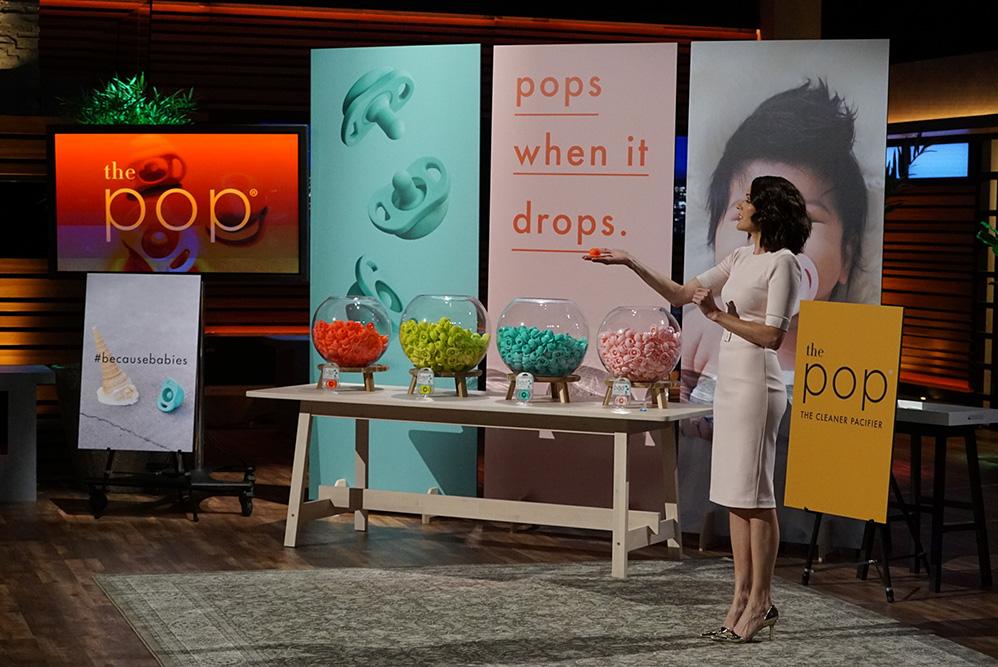 Striding into the tank, Nicki introduces herself as the founder of Doddle & Co, the creator of The Pop pacifier. Continuing, she tells the sharks that she is seeking a $250,000 investment in exchange for 5% of her company.

Holding a pacifier in her hand, she begins her pitch by highlighting the importance of the rubber for babies. As great as they are, she explains, they’re more often than not dropped on the ground, which leads them to pick up dirt and bacteria from the ground. As a result, parents have to wash it at a sink, which can prove to be a tedious process.

Gone are the days of dirty pacifiers, she introduces the sharks to her product―The Pop. As the camera pans towards the colourful products, she explains that each of them comes with a patented silicone bubble on the nipple, which keeps it clean even if dropped on the ground. Holding one in her hand, she says that it simply needs to be “popped” gently, before being handed to a baby.

Dropping the pacifier on the ground, she explains that the nipple’s design allows it to automatically pop into a bubble upon, which prevents it from being contaminated. With that, she directs their attention to the television screen, which shows several clips of the item being used by different babies. Finishing her pitch, she eventually proceeds to hand out different-colored samples to the sharks. 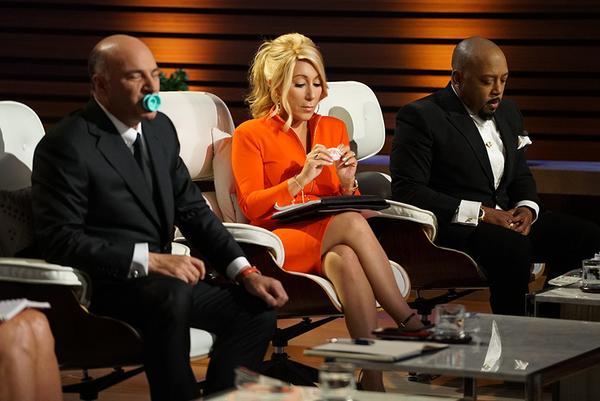 As the sharks examine the product, Lori asks whether or not you need to push the pacifier all the way through, to which she is told no. Elaborating on her answer, Nicki tells her that it does not have to be locked in place; instead, the baby can simply take over the pacifier. Continuing, she points out the gentleness of the item, which makes it suitable for zero to six-month-old newborn babies. Just as she finishes talking, Daymond and Robert decide to try the pacifier for themselves, which garners laughter from everyone.

Impressed, Sara subsequently compliments her on the product. The mother of an 18-month old, she divulges that she’s been “living in the world of pacifiers.” Affirming that it’s for zero to six months, Nicki states that they’ve only launched four months ago, a fact which seems to surprise the shark. Elaborating, she reveals that they plan on releasing a different pacifier for six to twelve months.

Asked whether or not the pacifier pops out more often in the baby’s mouth by Daymond, she confidently answers no. Elaborating, she states that the product imitates natural breastfeeding to an extent. From there, she adds that they’ve received positive reviews from the 25,000 units that they’ve managed to sell so far.

Noting that the baby has to be sucking on it, Lori subsequently asks about the possibility of it popping out of their mouth. In response, Nicki tells her that it depends on the baby’s position when they’re falling asleep. Reiterating her sales count, Kevin asks whether or not the 25,000 units were sold through a Kickstarter or retail. Explaining, she states that they had fulfilled the orders two years after fully funding the project on Kickstarter in 2015.

Curious, Kevin inquires about possible retailers for the product, to which Nicki replies that they are currently being sold in Nordstrom and Buy Buy Baby. Upon further prompting from Sara, the inventor also reveals that they have a fully-issued utility patent. 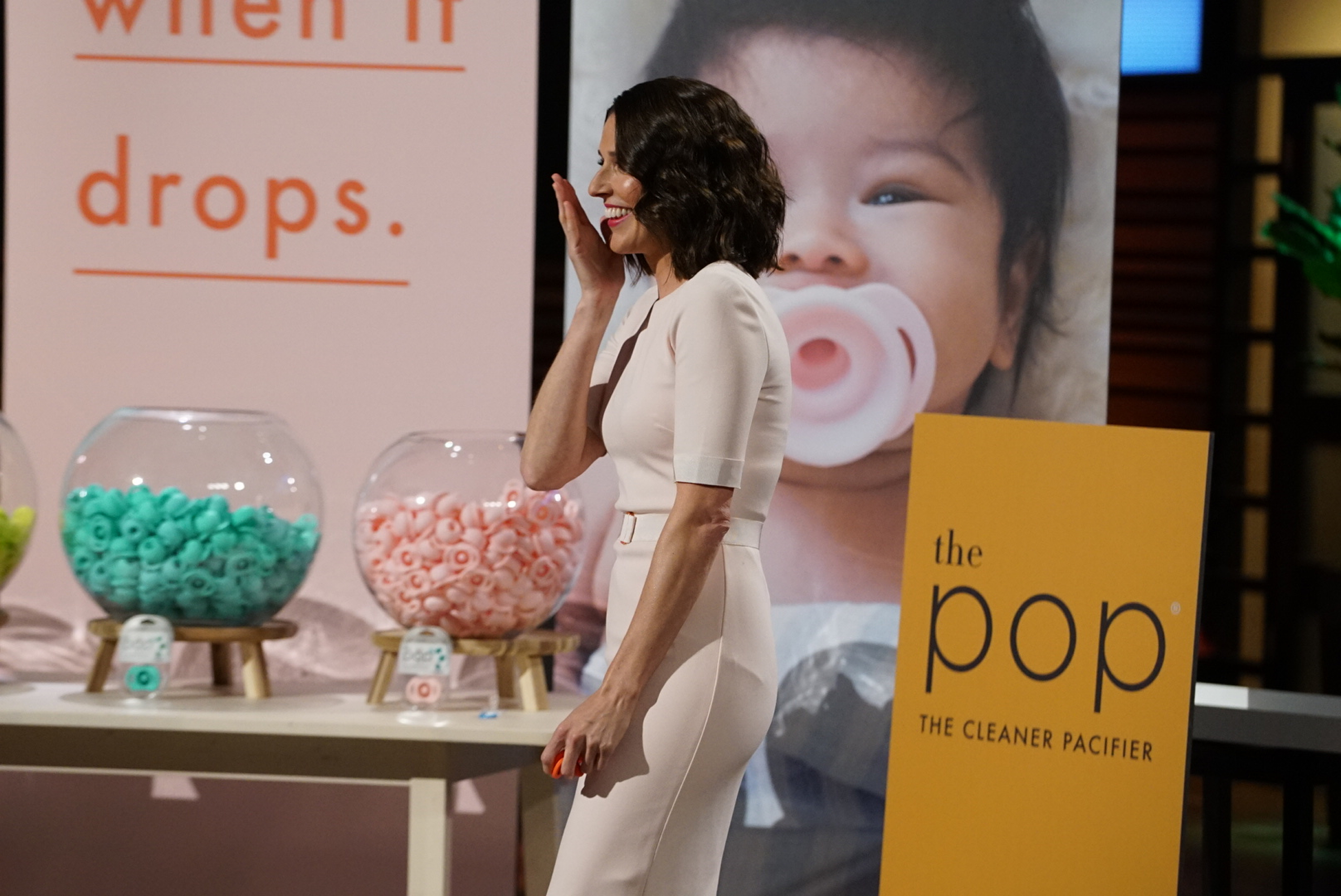 Continuing with the questions, Daymond asks about the pacifier’s production costs. Giving him her full attention, she replies that they cost $1.20 to make, and sell for $9.99 retail. Asked what that amounts to in sales, she answers that it equals to $117,000 for 2017. Addressing the elephant in the room, the shark goes on to comment about the company’s valuation, which he believes, is too high.

Defending the number, Nicki reveals that she had managed to do $433,000 from friends and family last year, though they had not yet passed safety at the time. Carrying on, she says that it took time for the team to engineer the design properly, before going into production, after which they also had to get distribution and warehousing worked out.

Gesturing towards the products on the table, Nicki tells them that they plan on launching the pipeline to retailers and other countries. Asked how she knows it will become a hit, she replies that “it’s all lined up.” Unimpressed, Raymond backs out seconds later.

As fellow parents, however, Sara and Mark comment that they think it will be a hit. Though he doesn’t agree that she’s managed to double the value yet, Kevin decides to make her an offer―he is willing to give Nicki $250,000 for 10% stake of the company. As the founder contemplates the offer, Sara asks what it is that she’d like from the sharks. In reply, she tells her that she’s looking for “the expertise of what’s around the corner and how to build a strong team.”

Commenting that what she needs is an advisor, Sara mentions her experience with working with mothers, before offering her $250,000 for 15% stake. Elaborating on the higher equity, she tells Nicki that she can help highlight her product on her website, which is actively viewed by millions of women across the country.

Pressed for an answer, Nicki asks whether or not any of the other sharks are willing to make offers. To her surprise, however, she is instead asked by the others about her reservations about working with Sara. Replying to Lori’s comment about holding back on the deal, she says that she wants to make sure that she isn’t leaving anyone out.

As the attention goes back to the panel, Mark begins to talk about how much he likes the product. While he has total respect for what she’s doing, however, he tells her that Sara would probably be a better partner for her. In his words, she’s “crazy for thinking twice about her offer.”

Told that things might change the longer she waits, Daymond once again presses her for an answer. As she contemplates, Lori also chimes in that Sara is making her a good offer. Repeating the same thing, Mark officially announces that he will be dropping out seconds later. To everyone’s surprise, however, Lori eventually suggests to partner up with Sara, albeit for more stake. 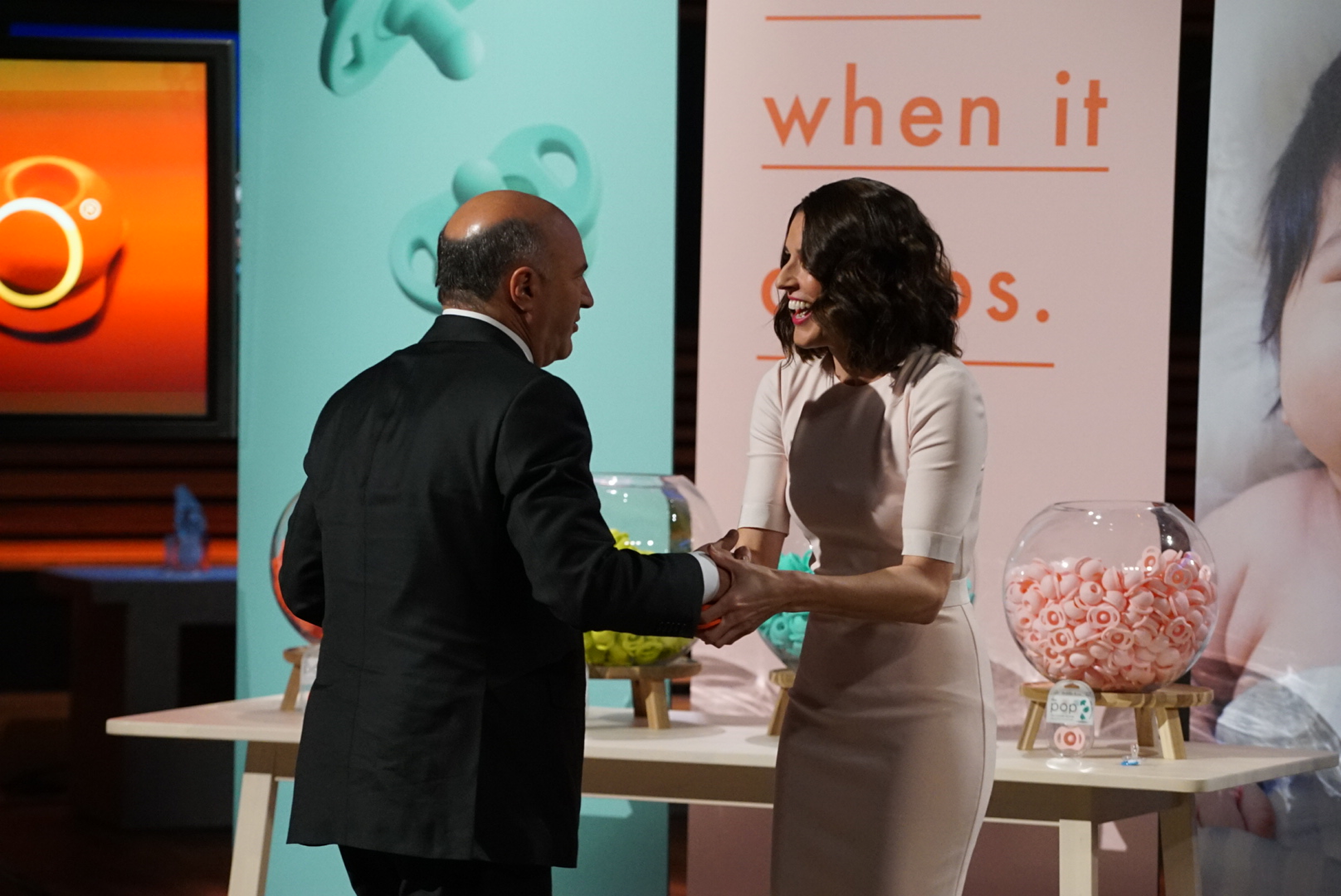 Asked whether or not she’d like to partner up, Sara asks Lori what she has in mind. Glancing briefly at her notes, she suggests that they go for 10% equity each. Elaborating on the new offer, Lori tells Nicki that she would be able to help her with the retail aspects. Just as she finishes talking, Sara agrees to her proposal―that is, $250,000 for a 20% stake, split between the two sharks.

Asked what she’ll do, Nicki decides to make a counteroffer. Trying her luck, she asks whether or not Sara and Lori are willing to add more cash to the deal, after which she also tries to negotiate equity with Kevin. To her dismay, however, they all stand their ground. With all eyes on her, she eventually surprises everyone by picking Kevin.

Several months have passed since Nicki pitched The Pop on Shark Tank. How is the company doing nowadays with Kevin’s help?

With the shark’s help, the product has since been picked up by several other retailers including Pea in the Pod and Destiny Maternity (it was previously only available at Nordstrom and Buy Buy Baby). In Montclair, New Jersey, where the company is based, The Pop is also available at Apple Village. In terms of what’s on the horizon, they plan on designing more essential baby products in the future.

Despite that, however, it would appear that the company has recently run into a little trouble. This April, Nicki was shocked to learn that the bank had closed her business account. A frenetic situation, it not only led their bills to pill up, but their payroll was also unpaid. Regarding the incident, the bank―JPMorgan Chase has not revealed any details about what had raised the red flag over the company’s account.

What Customers Think of The Pop

Since their appearance on Shark Tank, more and more parents have been using The Pop. Available for purchase on Amazon, it product currently has a three-star rating out of over 70 reviews. While most of the comments left on the site are positive, some have expressed that the pacifier only stays in the mouth if a baby is continuously sucking.

Shortly after their television appearance, the company gained a significant amount of followers on social media. For instance, they’ve amassed more than 5,000 followers on Facebook and over 19,000 on Instagram.

Will Nicki be returning to Shark Tank for an update on The Pop anytime soon? Unfortunately, nothing has been announced as of yet―if anything, it will probably be a while before she’s invited back on the show, seeing as how she had made her appearance earlier this year.