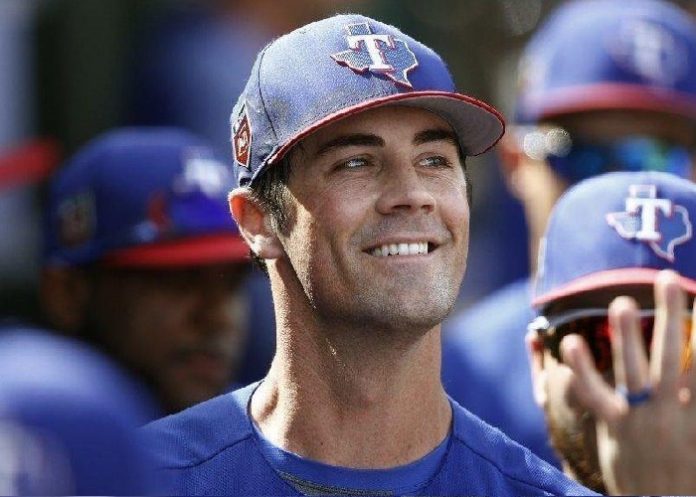 Cole Hamel made his major league début with the Philadelphia Phillies back in 2006. His fastball pitch speed had been clocked at incredible speeds while he was still in high school, and after making his minor league professional start with the Class A Lakewood BlueClaws in the South Atlantic League in 2003, he overcame a string of injury problems to come back with a bill of clean health to join the Phillies in the Major League after consistently good performances.

But Cole didn’t always receive the financial rewards that his pitching skills deserved during his career until in 2012 he was signed up in a six-year-long contract that saw him reap the rewards of his incredible pitching ability. But exactly how much is Cole worth now in 2018? Read on to find out.

How Did Cole Hamels make his money & wealth?

Colbert Michael Hamels was born in San Diego, California on December 27th, 1983. The oldest of three children, Cole attended Rancho Bernardo High School, where he not only excelled at sports, but he also achieved impressive academic results. Cole’s SAT score was 1510 out of a maximum of 1600 at the high school, but the supremely fast pitch that has become his trademark was impressing scouts even then.

Cole’s fastball was tracked at 94 miles per hour at school, and he also possessed advanced secondary offerings. Left-handed Cole suffered a broken humerus in his left upper arm in his sophomore year, which caused a few concerns for the Phillies, but Cole recovered quickly with no noticeable reduction in his killer speed, and he was selected for the 2002 Major League Baseball draft by the Phillies.

Cole Hamels started playing professional baseball with the Class A Lakewood BlueClaws in 2003, but before the season was over, he was moved up to the Class A-Advanced Florida State League to play for the Clearwater Threshers. Cole was also recognized as the best pitcher in the Phillies Minor League System when he was honored with the Paul Owens Award after his rookie season.

After his golden start, Cole suffered from a variety of injury problems for the next two years. A recurring bout of tendinitis in his elbow saw him absent for much of 2004, with only four starts for the entire season, and in 2005 an incident at a bar left him with a broken pitching hand before the season had even started, but after recovering, he rejoined the Clearwater Threshers and in July of that year he was moved up to the Class AA Reading Phillies in the Eastern League. Cole’s start at Reading didn’t begin well, he surrendered his first home run during his first start, and for the rest of the season, he was out with back problems.

2006 saw an injury-free Cole finally achieve consistently good results. A promotion to the Class AAA International League with the Scranton/Wilkes-Barre Red Barons culminated in a three-game run where he struck out 36 batters, with only one walk and one run conceded. By the end of the season, with a minor league record of 14-4 with 273 strikeouts from 35 games, the Phillies opened the door for Cole to every player’s ultimate dream, the Major league. His first game for the Phillies saw him strike out seven batters and walk another five. A minor shoulder injury put him out for a month mid-season, but in August 2006 he made the best start of his rookie season, contributing heavily to the Phillies 13-0 victory over the New York Mets, with nine strikeouts.

After finishing his rookie year with a 4.08 earned run average (ERA) and 145 strikeouts, Cole hit the weights before the start of the 2007 season and came back considerably stronger, fitter and more impressive than ever before. His first complete game came in April that year, and he set a career high of 15 strikeouts while allowing only one run from five hits. In May 2007, Cole took a perfect game, until the seventh inning when JJ Hardy of the Milwaukee Brewers took a home run after Cole had walked the Brewers leadoff hitter. Cole’s impressive first half to the season saw him make the National League All-Star Team for the first time, and the media noted that as he was the only consistent starter on the team at that time, without him the Phillies would be a ‘joke’.

After a brief 15 day stint on the disabled list for elbow strain, Cole returned with 13 strikeouts against the Washington Nationals, in the process taking the Phillies to the top of the National League East, and winning them a place in the playoffs for the first time in 14 years. Cole finished the season with a record of 15-5, and an ERA of 3.39 with 177 strikeouts over 183 innings. Cole’s performance in 2007 saw him awarded the Steve Carlton Best Pitchers award for his performance, by the Baseball writers’ association of America.

Despite his vital role in the aging Phillies team, Cole wasn’t receiving what he thought was a fair reward for his pivotal role. The 2008 season began with him complaining that he was underpaid by the Phillies, with his $500,000 salary essentially the minimum salary for MLB players, despite his consistently good performance for the team. By the end of that season, Cole Hamels’ value to the team was far more evident, with his stunning performance winning him the World Series MVP (Most Valuable Player) award, as well as the World Series Champion award. Finally, the NLCS also named him their MVP for the season, and by the time the 2009 season began, Cole’s earnings had finally begun to reflect his consistently good performance.

The Phillies signed Cole into a $20.5 million contract for the next three years, and Phillies manager Charlie Manuel thought Cole was an obvious choice for Opening Day starter, but once again, Cole suffered from injury problems with his left elbow, and he missed the opening day start. The injury problems persisted throughout the season, and Cole recorded a 10-11 record for the season, with a 4.32 ERA, his worst professional season yet, but by 2011, Cole had undergone elbow surgery, and since then he has consistently shown fearsome pitching ability year after year.

Cole’s performance for the Phillies eventually saw him offered an $80 million contract in late 2011, but Cole turned the deal down, and it proved to be a wise decision. By July 2012 the Phillies had increased their offer to a six-year contract worth $144 million. The contract was the second largest deal ever offered to a pitcher, second only to the $161 million, seven-year contract signed by CC Sabathia with the Yankees. Essentially, by waiting for less than a year, Cole Hamels’ had earned an additional $64 million.

Cole married Heidi Strobel on New Years Eve 2006. They lived in Philidelphia, until moving to Texas in 2012, and in October 2009 they had a son, Caleb Michael. A second son, Braxton joined the family in November 2011, and in December 2012 Cole and Heidi adopted a baby daughter from Ethiopia named Reeve.

Cole Hamels’ six-year contract runs until the end of the 2018 season, and the deal includes a vesting option for next year worth $24 million. If the option doesn’t end up vesting, it will turn into a club option worth $20 million, which also includes a $6 million buyout clause.

Cole Hamels’ reputation as one of the most fearsome pitchers of recent years has made him a legend of baseball, but his work for charity is equally admirable. In 2008 Cole and wife Heidi founded The Hamels Foundation, which works in both the United States and abroad to provide educational opportunities for children in inner-city schools in America, as well as in the impoverished country of Malawi in Africa. The Hamels work directly with the foundation, but their generosity actually made international headlines in late 2017, with an incredible gift to a very good cause.

Cole and Heidi announced in December 2017 that they were donating their huge $9.5 million dollar mansion in Missouri to Camp Barnabas, a charity organization that operates summer camps and support programs for people with chronic health conditions and special needs. The home, located in the Ozark Mountains in Branson West, Missouri, was the biggest gift ever made to Camp Barnabus, and the generosity of Cole and Heidi made him one of baseball’s most celebrated philanthropists. The 31,000 square foot property contains 10 bedrooms with 13 bathrooms, and it’s nestled in 104 acres of grounds, complete with waterfront facilities on Little North Indian Creek, and over 1,700 feet of shoreline.

Cole moved to the Chicago Cubs in 2018, and so far, the 34-year-old pitcher has performed brilliantly during his first month with his new team. On September 4th, 2018, Cole was named the MLB Pitcher of the Month, the first time he’s won the award during his decade-long career.