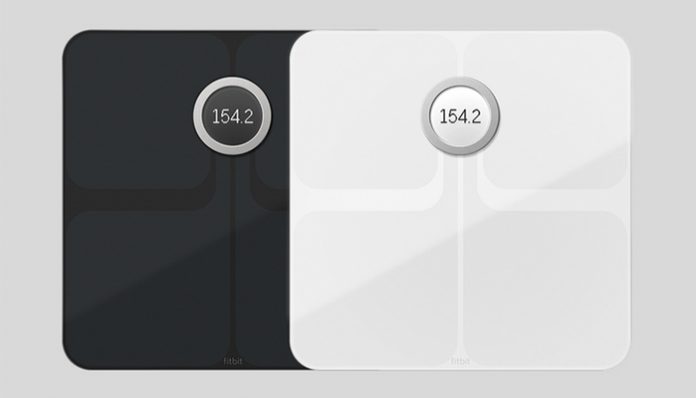 Regular exercise is crucial when it comes to adopting a healthy lifestyle; not only does it reduce the risk of several diseases (e.g. diabetes, cardiovascular disease, etc.), but it also significantly improves your quality of life. Having said that, maintaining a regular exercise routine can be difficult. Sometimes, especially after a long day of work, it can be hard to find the time or energy, to hit the gym.

Fortunately, for those of us who are wanting to live a healthier lifestyle, there are a number of gadgets out there that are able to help. For instance, you’ve probably heard of fitness trackers- smart devices that are able to track things such as steps taken, heart rate, calories burnt, etc. Popular among active individuals, they allow you to visually see all of the numbers involved during exercise, which in return, enables you to paint a picture of your long-term progress.

Similar to fitness trackers, smart scales have also become incredibly popular over the past few years. Unlike the old needle scale in your parents’ bathroom, such devices are able to do much more than simply measure weight. For instance, it’s not uncommon for such gadgets to be capable of tracking other data such as body mass index, fat percentage, and more. Perhaps the most convenient of all however, is their ability to connect wirelessly with a smart device (i.e. smart phone), that way, you have your stats with you, whenever you need them.

While there are many smart scales out there on the market, we will be focusing on the Fitbit Aria WiFi Smart Scale.

The company’s first weighing scale, the Fitbit Aria was released in stores in April 2012. Not only is it able to measure weight, but the device- complete with its tempered glass platform, also featured the ability to measure body mass index, as well as percentnge of body fat, to a certain degree of accurateness. Using Wi-Fi, the scale is also designed to automatically upload your statistics to the Fitbit app/website.

Fitted with a tempered glass platform, the modern Fitbit Aria WiFi Scale measures approximately 31 cm x 31cm x 3 cm. Built with a polished surface, its sleek design makes it the perfect fit for every home. Complete with a bright and easy-to-read display, it is available in two different colors- black, and white.

A 3-in-1, the smart scale not only measures weight, but it also additional information such as your BMI (i.e. body mass index), as well as your body fat percentage. Tracker compatible, it wirelessly syncs your stats to your device, to help you stay motivated and on track.

In August 2017, it was announced that an updated version of the smart scale would be released. Designed for greater accuracy, the Fitbit Aria 2 is not only compatible with more Wi-Fi networks, but is also capable of tolerating up to 400 pounds.

Similar to its predecessor, the Aria 2 is built with a polished, tempered glass surface that makes it a stylish addition to any home. Measures approximately 36 cm x 35 cm x 4 cm.

In addition to tracking weight, the Aria 2 also measures body fat percentage, body mass index, and lean mass. After measurement is complete, the data can be uploaded to the Fitbit App via Wi-Fi. As before, it can also be connected to your Fitbit tracker, so that you can get a better understanding of your physical activity.

– Comes with a backlit LCD display, which shows body weight, body fat percentage, BMI, and user selection
– Uses 3 AA batteries (i.e. no power cord necessary)
– Water resistant, it is designed to function in a humid bathroom environment
– Features a tempered glass platform, with an ABS bottom
– Measurement range is between 10 and 400 pounds

What’s a review without a list of pros and cons? Below, we’ll be going over some of the Aria’s advantages and disadvantages.

– Can be used to track lean mass, BMI, and body fat percentage, on top of weight
– The data is uploaded automatically to the Fitbit app using your smartphone’s Bluetooth/Wi-Fi
– Can easily be paired with your Fitbit Tracker
– Once the data is uploaded, your trends and progress can be seen in easy-to-read graphs and charts
– Can recognize up to 8 different users (of course, your individual statistics are kept private)
– Features a sleek and modern design
– Fitted with an easy-to-read, bright display

Cons: What’s not so good about the Fitbit Aria 2 Wi-Fi Smart Scale?

– Some users have run into connectivity issues (i.e. difficulty connecting the scale to a wireless network)
– Not safe for pregnant women, or those with implanted medical devices (e.g. pacemakers)
– Though it’s capable of recognizing up to eight individuals, it can be tedious to switch between users

How Accurate is the Fitbit Aria 2 Wi-Fi Smart Scale?

How accurate is the Fitbit Aria 2 when it comes to measuring body weight?

In terms of measuring body weight, the Aria 2 is pretty accurate. For the most reliable readings, you want to place the smart scale on a hard surface (e.g. tiles, hardwood floor, etc.).

Note: It’s normal for your body weight to fluctuate during the day due to water weight (i.e. generally, you weight less in the morning compared to in the night). For the most accurate weight tracking, it’s recommended to measure at the same time of day.

How accurate is the Fitbit Aria 2 for measuring body fat?

Here’s where it becomes iffy- while the scale is great at measuring weight, body fat is a whole different situation. Ultimately, this is due to the fact that it uses bioelectrical impedance- that is, one of the most least accurate of all body fat measurements. How does this process work?

To put it simply, bioelectrical impedance analysis is a method of measuring % of body fat by sending a safe, low-level, electrical current through the body. When the current reaches muscle tissue, it easily passes through due to its large fluid content; on the other hand, resistance is encountered when it hits fat tissue- this is the bioelectrical impedance. Thus, by determining the rate at which the current travels through the body, we’re able to estimate the amount of fat-free mass.

While that may be true however, bioelectrical impedance analysis is generally prone to inaccuracy due to the fact that it depends on the body’s hydration level. In other words, the body fat percentage can vary greatly depending on how much water you’ve drank during the day.

Syncing the Fitbit Aria 2 with Your Smart Devices

One of the scale’s greatest features, is its ability to wirelessly sync to computers and smart phones via Wi-Fi. After your measurements are taken, the data is automatically uploaded to your Fitbit account, which you can then use to track your long-term progress. Using the dashboard, your trends can also be shown as easy-to-read charts and graphs.

How well does it sync to other devices?

While that may be the case however, may users have reported issues with its connectivity. Looking at some of the scale’s reviews on Amazon, most of the lower ratings come from those who have experienced problems with connecting the Aria 2 with Wi-Fi.

A couple of the most common complaints on Amazon include:

When it does manage to sync properly however, the scale does a good job of uploading your stats to your Fitbit account.

So… is the Fitbit Aria 2 Worth Purchasing?

When it comes to investing in a smart scale, the Aria 2 is generally a good option considering its functions (e.g. body measurement, body fat %, lean mass, BMI, ability to sync wirelessly). If you happen to use a Fitbit tracker (e.g. watch, wristband), this is especially true- as you can pair the two devices together for a better understanding of your physical activity.

With that said however, there are obviously some drawbacks. First and foremost, it’s pricey (for a scale, anyway). On the official website, the Aria 2 is currently listed for $129.95 plus tax. Besides that, there are a few known issues with its Wi-Fi connectivity, as discussed earlier. While some users have had no problems with connecting the scale to a network, others have tried to connect the Aria 2 with no success.

Considering all that, it’s probably a good idea to weigh out the pros and cons before making a purchase. If you do decide to go for the Aria 2, know that it comes with a 1 year guarantee as well as a 45-day money guarantee. Knowing that, you can test the gadget out for yourself before deciding whether or not it’s keep worthy. If you happen to be dissatisfied, you can easily send it back for a return.