T5 Smart Wristband by 007plus Review 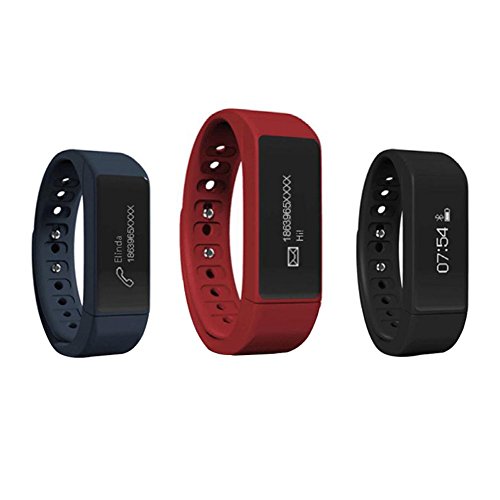 The T5 by 007plus is a low price, high quality sleep monitor and fitness tracker. Costing only $16, there isn’t much to argue about the high price point. However, with the low price comes a lower quality – the device only has a 3 star rating across 567 customer reviews on Amazon, and the trend is similar across the board. In order to get down to business, I ordered the 007 T5 Plus Smart Wristband for myself in order to get down to business.

At first glance, the T5 smart wristband is a low profile wristband with a simple LED display. And it really is just that – it has a TPU rubber wristband (rated as “high grade”), adjustable up to a fairly large wrist size and a tiny .91 inch OLED display screen. The display screen is fairly bright considering how low power it is. You operate the device through touch screen and swiping gestures, although there really isn’t much to do. The display screen detaches from the wristband and has a built-in USB charger, which is my biggest complaint about the device.

In order to charge 007plus’s T5 smart wristband, you have to detach the display screen and plug it into a USB outlet. The USB charger is a flat head, and I’ve constantly been worried about breaking mine when I plug it into an outlet. The battery, unlike some other smart wristbands, is 75mAh, and I’ve found that I need to charge mine once every three days. With that said, I’ve had my T5 for around three months and it’s holding up quite well. The flimsy USB charger is my biggest, and only, complaint. 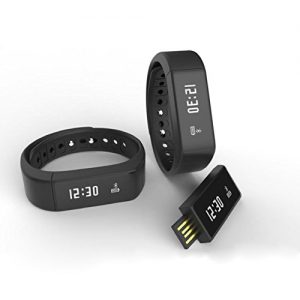 While the hardware of the T5 by 007plus gets the job done, the software is much more open-ended. Notifications are built in and require that bluetooth always be on. Keep in mind that the Zeroner Health app, which is used to pair and manage the T5, is only available for iOS 8.0 or higher and Android 4.3 or higher. In this app, you can manage notifications by either disabling them or changing the intensity of the screen’s vibration.

The T5 comes with all the basic stock features, like a step counter (can be paired with Google Fit, and actually works quite accurately), sleep tracking, notifications, and a few other odds and ends. There is also the ability to use a sedentary timer, which tracks if you have been motionless for an hour then buzzes you to move about if so. Notifications are displayed by an icon on the screen, although no text or preview of the notification is shown. This, unfortunately, limits notifications to a finite number of possibilities, although all the important ones like Twitter, Facebook, Snapchat, and SMS are in there. 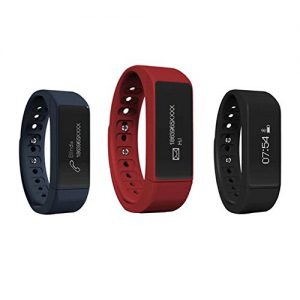 The Zeroner Health app includes a sleep tracker, but I’ve hardly used mine. It includes a “quality of sleep” rating that rates your sleeping from 1% to 100%. This number seems arbitrary and is based on the average time you go to bed and wake up, so this portion of the software seems limited and useless.

While the T5 smart wristband by 007plus is old hat at this point (it was released in 2016), it’s still an incredibly relevant smartwatch replacement. For the price of $15.99 on Amazon (with Prime shipping!), the T5 is a low-risk-high-reward entryway into the world of smart wristbands. The colors of wristband are black, dark blue, purple and red. For anyone who is wary or questionable of how beneficial smartwatches/smart wristbands are, I would highly recommend purchasing a T5.