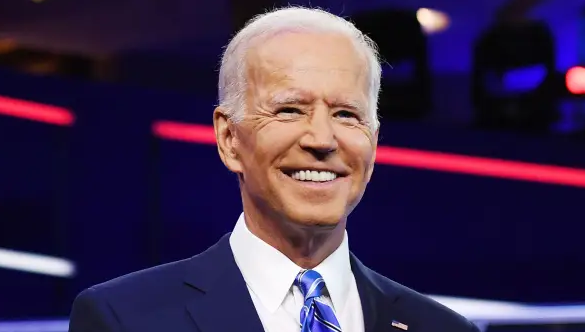 The 79-year-old president, who is fully vaccinated, tested positive for COVID-19 on Thursday, July 21st. According to press secretary Karine Jean-Pierre, he is currently isolating at the White House with “very mild symptoms” – mostly fatigue, dry cough, and runny nose. She also added that he is taking Paxlovid, an antiviral drug that helps fight the infection, and that he will be continuing with his duties.

The president himself also took to Twitter to let everyone know that he’s “doing great”.

According to White House protocol, he will continue to carry out his duties in isolation until his COVID tests are negative. As for meetings, he will take part via Zoom and telephone.

Dr. Ashish Jha, the Covid coordinator of the White House, said the president went to bed feeling fine on Wednesday night but ended up testing positive for COVID-19 in the morning after a night of mediocre sleep. He also added that his risk of serious infection is “dramatically lower” due to his vaccination status and the antiviral medication he’s taking.

In a press briefing on Thursday, the secretary confirmed that Mr. Biden has been continuing to work throughout the day despite his symptoms and that he’s held a number of calls with various government officials. While it’s unclear where he was infected, the White House will be contacting all close contacts of Mr. Biden, including members of the press and members of Congress who were with him in Massachusetts on Wednesday.

His wife, First Lady Jill Biden also talked to him and said that he’s “doing fine.” She also tested negative, but will continue wearing a mask, according to CDC guidelines.

The White House also confirmed that Kamala Harris, the Vice President of the United States, tested negative despite being in close contact with the president. In the case that Mr. Biden is unable to carry out his duties due to the COVID-19 infection, she will be given presidential powers. This briefly happened last year when the president was put under anesthetic for a health check.

Paxlovid is an antiviral drug that prevents the COVID-19 virus from replicating. This will keep virus levels low in the body, which will allow the immune system to fight the infection more effectively. It’s typically prescribed to those who have a greater chance of becoming severely ill, such as those above the age of 65 (the older you are, the higher the chance of a severe infection).

A course of two treatments, it involves taking two tablets of nirmatrelvir and one tablet of ritonavir, twice a day for a total of five days.