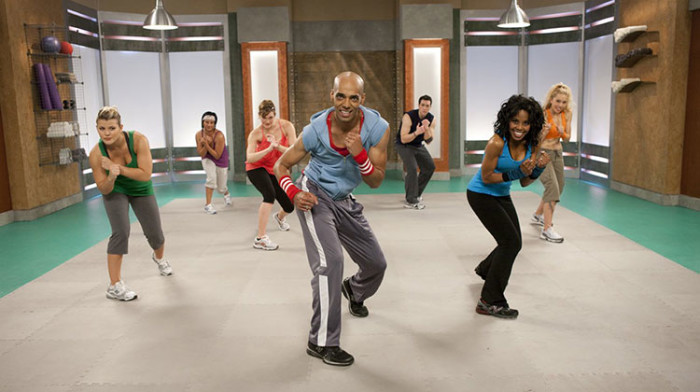 Billy Blanks Jr’s Dance With Me Before Shark Tank 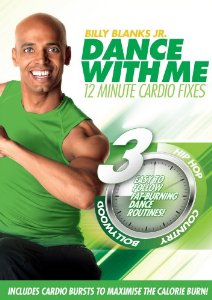 Billy Blanks Jr’s Dance With Me is a fitness program that “Revolutionizes the fitness industry and focuses on making fitness fun for people of all ages, shapes, and sizes.” The creator, Billy Blanks Jr, thought that fitness was much too serious, with things like boot camps and “people yelling in your face”. He had danced all his life, it kept him in shape and was fun. This DVD includes all styles of dance, from Hip Hop to Bollywood. According to him, “You name it, we got it”. Billy needs the Sharks to bring his idea to the world.

Billy Jr says he’s trying to climb out from behind his father’s shadow, Billy Blanks Sr. He created the top selling fitness franchise “The Tae Bo Exercise Program”. To do so he beseeched the Sharks for help, but is it more likely they smell blood in the water? Let’s find out.

Billy Blanks Jr’s Dance With Me On Shark Tank

Billy entered the Shark Tank seeking $100 000 in exchange for 20% of his company. He starts off his pitch with a bang, getting all the Sharks dancing and enjoying themselves by demonstrating his program and showing them a variety of dance moves. Barbara seems to be enjoying it the most, and joins in right. After they’re done, the Sharks seem to have enjoyed the small taste of his DVD. Kevin comments that “He thinks he lost twenty pounds”, surely a sign of good things to come.

After everyone has calmed down it’s is back to business. Kevin voices concerns regarding financing, launching these kinds of products costs a lot of money. He also wants to know what Billy is spending the money he needs from the Sharks on. He already has two DVDs out in stores like Walmart and Target, not to mention having signed a contract with Lionsgate for four more DVDs in the next two years. It turns out that Billy needs money for his instructor certification program. Billy has received emails from people who want to do the live class after working out to the DVDs. Instructors will take the course and be certified for one year. His goal is to have a person in every city by the following year. When Billy goes to a city, he selects ten “Master trainers” that, when he leaves, will continue to host certification courses. Additionally, Robert expressed concern about how Billy could scale it. He also inquires about his revenue. Unfortunately, Billy does not know, the DVDs were only recently released. Mark is also worried that Billy’s father will not allow him to use the Billy Blanks name, but apparently it is not an issue.

Although Barbara did seem very interested originally, she unfortunately decides to drop out of this deal, with Robert and Kevin following shortly after. There are now only two sharks left. Daymond appears to be interested in investing in Billy’s company. Daymond has a “tight, strategic relationship” with Zumba, and he thinks that this business could be an asset to them. His offer, if Mark is willing to come in with him, is $100 000 for 50% of the company, contingent on being able to use the Billy Blanks name and Zumba’s approval. With this partnership, 12 million people could be dancing to his DVD tomorrow. Billy would like to take the offer, but he does not want to be “bundled” with Zumba. He has the impression that Daymond wants to mix together Zumba and his brand. After speaking to his wife, he declines the offer and exits the Shark Tank.

The Shark Tank appears to be in disbelief after Billy rejected the offer given to him. Daymond follows Billy and explains to his wife how the offer works, as he does not believe that Billy understood it. After some emotional seconds, Billy ends up taking Daymond’s offer. Daymond promises to do the best he possibly can for him, and he does not disappoint.

Billy Blanks Jr Dance With Me Now In 2023

The deal with Mark and Daymond was finalized shortly after the episode aired; this gave them the money that they needed to continue building the brand.

They’ve also opened up a Blanks Studio “down the street” with approval from Billy’s father, Blanks Sr, which has allowed them to proceed with the Dance It Out program. Since then, they’ve worked with more than 1,000 certified instructors and have managed to take the program to both a national and international level. They’ve also conducted live sessions for Whirlpool Corporation employees. Not to mention that they landed a deal with Lionsgate Entertainment. If anything, it has helped them tremendously in terms of distribution.

In 2017, Blanks moved to Greenwich, where he ultimately opened up his own studio at the Arthur Murray Dance Studio. He also started working as the artistic director for the Wall Street Theater and was a judge for a local charity event.

In 2020, it was revealed that he’d be working with Lifetime on a “moving fitness talk show” called Dance It Out. Premiered on February 15, 2020, the show features various interviews and is followed by dance segments during which viewers can learn some new moves (his original goal was to get people moving in their homes during the COVID-19 pandemic).

As of 2023, the show is still ongoing. For those who are interested, it airs on Saturdays at 10:30 am EST on the Lifetime Network.

He was also a guest on the Coffee N5 with Lara Schmoisman podcast series, during which he talked about how he turned his dancing passion into a TV show and business.

And in 2021, he launched his own app called Touchpoint Group Holdings, which lets users live stream classes taught by himself and other instructors from home. Aside from that, he’s been working as a creative director for Talent Recap, for which he hosts a number of shows.

That’s not all, he has also hosted his own Dance Workout Parties on the MoveTube YouTube channel, which you can check out here.

How much is he worth now? Approximately $5 million, according to recent reports. For those who’d like to know what he’s up to, you can always follow him on social media. For example, you can follow him on Instagram at @billyblanksjr, where he has over 28.8K followers. You can also follow the Dance It Out talk show page at @danceitouttv.