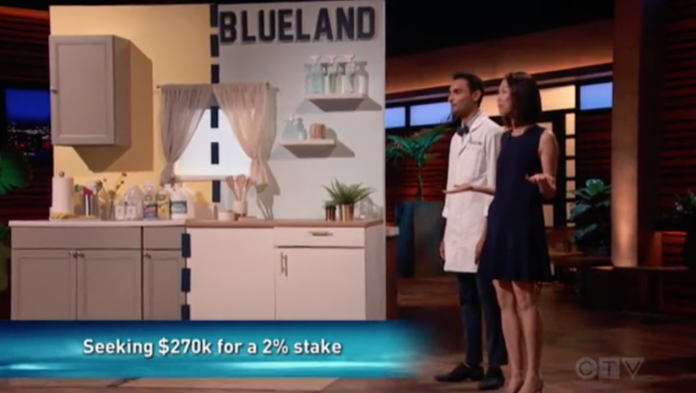 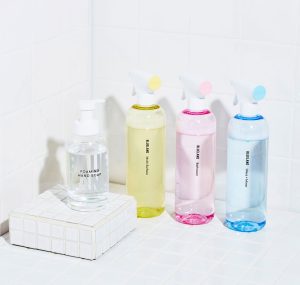 Before its appearance on Shark Tank, Blueland had four products in total: Foaming hand soap, multi-surface cleaner, bathroom cleaner, and a glass and mirror cleaner. The company offers kits that include bottles (Forever Bottles) and tablets. Tablets have a two-year shelf-life which goes down to one year after dissolving in water. Blueland’s mission is to offer a cheaper eco-friendly alternative to cleaning supplies.

Syed Naqvi and Sarah Paiji founded Blueland in 2018. The co-founders raised $3 million from various investors, including Justin Timberlake. Sarah came up with the idea when she was reading about the dissolution of microplastics in water. Syed Naqvi joined her to create a proof of concept. They patented the idea and brought Blueland to the market.

Seeing the great potential and a successful first month of business, the co-founders decided to go on Shark Tank to seek an investor and a business partner that would help the company take over the cleaning supplies market. 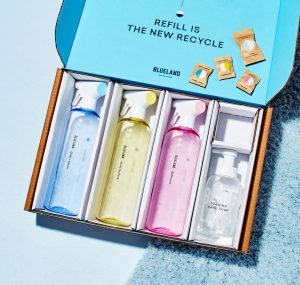 Syed and Sarah appeared on the season 12 premiere of Shark Tank seeking $270,000 for 2% of their company, Blueland. The co-founders pitched their company, claiming that normal cleaning supplies require you to pay for packaging and water, which is very wasteful. They told the sharks their products and kits: the starter kit comes with one bottle and a cleaning tablet for $12, and the essentials kit comes with all four products and tablets for $39. Each refill tablet costs $2, which is a cheaper alternative than buying cleaning supplies.

The co-founders told the sharks their background. Sarah studied economics at Harvard as an undergrad student. She then worked in private equity before returning to Harvard for business school. However, Sarah dropped out during her first year to pursue her first startup. The startup was a mobile shopping application that she sold to a major search engine.

Syed was born in Pakistan and moved to the US at ten. His parents passed away, leaving him with seven sisters and a brother. He graduated with a chemistry degree and worked as director of formulation at one of the world’s largest non-toxic cleaning companies.

The co-founders claimed they had APA-approved third-party laboratory studies proving their products were more effective than other cleaning products. They told the sharks they raised $3 million at a $13.5 million valuation. During the company’s first month of business, it made $200,000 in sales. The company’s marketing was completely online DTC (Direct To Consumer) but had plans to launch at a big-box national retailer the following year.

Lori suggested selling each bottle with a small strip of tablets attached to look more appealing to the customer.

Daniel Lubetzky, a guest shark for that episode, asked Lori Greiner to make a combined offer of $1 million for 25% of the company. He said they would help him avoid mistakes they had previously made, and he personally resonated with Syed’s backstory. Lori wanted to discuss the deal with Daniel in private. 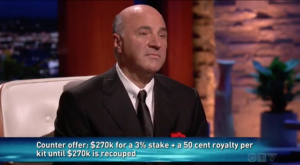 Meanwhile, Kevin O’Leary offered Blueland $270,000 for 5% in addition to 1% in advisory shares. He believes he could bring a lot to the company moving forward.

Robert Herjavec commended the idea and the product, but he believed it would be too difficult to change people’s habits, so he was out.

Mark Cuban believed the co-founders weren’t looking for a deal but came on Shark Tank just for the advertisement, so he was out.

Syed and Sarah walked away from the Shark Tank thrilled by their deal with Kevin. They believed Kevin would help their company grow exponentially during the following years.

Blueland Now in 2023 – The After Shark Tank Update 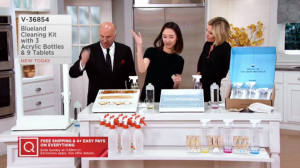 After the episode aired, Blueland saw a spike in sales. Kevin O’Leary was with the company on QVS demonstrating their product. That was a huge step for Blueland as it informed many people of the various uses of the company’s Forever Bottles and tablets. They did $250,000 in sales during QVC, which helped the company expand its products. The deal with Kevin closed in 2020, a year after the episode aired.

Kevin helped market the product in various ways, including shooting a commercial and cleaning a toilet using Blueland products. Within just a year, Blueland had $15 million in sales. The company estimates they have eliminated over a billion plastic bottles and five million pounds of Carbon Dioxide from the environment.

Blueland decided to forgo expanding into retail and doubled down on their online DTC market. It proved to be a great decision as the Covid-19 pandemic harmed retailers across the US. The company added new products to its roster such as dish soap, toilet cleaner, and laundry detergent. These new additions proved very successful as customers posted positive reviews for the products. The company even added extras to its product list like sponges, dryer balls, cleaning spray nozzles, and many more.

In 2021, Blueland reported its annual revenue to be $6 million. 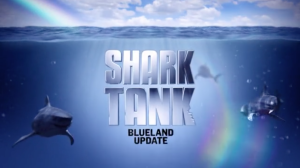 In 2022, Blueland raised $20 million in funding with the help of female-founded growth equity firm Prelude Growth Partners. Blueland used the $20 million to expand into the personal care market. As a result, the company released various new personal care products such as body wash and facial cleansers. These new products each include a Forever Bottle and cheap dissolvable refill tablets.

With all-new products and a focus on the DTC market, Blueland is finding great success. The company is expected to exceed $10 million in annual revenue in 2023. Customers received the personal care product line with great enthusiasm. Blueland is sure to continue growing and expanding in the future with more updates and products in its portfolio. To find out more information and updates on Blueland, visit their website here.