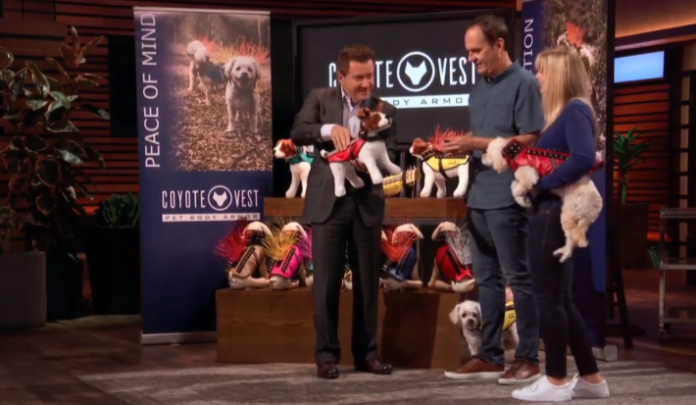 It is without a doubt that a dog is man’s best friend. However, man’s best friend does have enemies. Some of these enemies dogs can fend off without much of a problem others though are a threat to a dog’s very life and without help from man, the dog will undoubtedly die. Coyotes, birds of prey, and even other wild dogs are some of the threats that your dog faces when it is outdoors and it will likely be killed if you aren’t around to chase them away.

Paul Mott and Pamela Mott are a couple who saw this and tried to find a way their dog could be safe from any threat outdoors. The pursuit of safety led them to the invention of the coyote vest pet body armor. The vest has spikes and spindles attached to it that make it impossible for another animal to bite or hold the dog’s body. Any attempt to do so will result in the animal being pierced by the spikes. 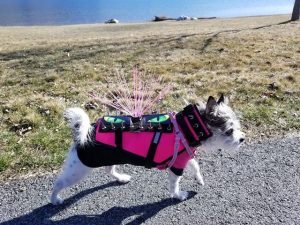 The coyote vest comes in a variety of colors that you can choose to suit your dog. Paul and Pamela Mott were inspired to make the vest after a coyote snatched and ran off with one of their dogs while they were out. They were determined to ensure that it does not happen again and started a company with the same name, The Coyote Vest Body Protection Armor Company.

The coyote vest also has an electrified version that dispenses electric shocks to anyone holding it making it extremely difficult for any animal to consider attacking a dog wearing it. The electric shock can be activated with a remote control that the dog owner has. The Motts needed more capital to fund their business and so reached out to the Shark Tank investors. They were invited to be on the 23rd episode of the 10th season.

Paul and Pamela were seeking $250,000 for 10% of their company when they went onto the show. They started their presentation with an explanation of the dangers that dogs faced. They then showed the sharks some of the vests and brought out some dogs wearing them.

The sharks thought that the vests looked great on the dogs. Paul also told the sharks that the armor was stab resistant. Pamela also told them how the loss of their dog motivated them to create the vest. Lori had some questions about how it functioned and Paul answered them. He also said that a predator is very discouraged from attacking an animal with the spiked jacket on because the predator doesn’t know if the spikes are sharp or not and if they’re poison tipped or not. Robert then asked them for their sales figures.

The company was started 2.5 years before they were on the show. In that time it had earned a total revenue of $570,000. Mark Cuban then asked what their sales for that year were and he was told that they had made sales of $260,000. Robert then asked them how it was sold. 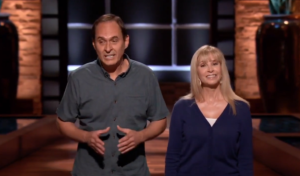 Paul then said that they had set up a factory to make the vests. The couple resided in California so it was also where the factory was located.  He also added that they had faced some hurdles in their production.

Kevin then suggested that one reason why the coyote vest’s sales were not higher was that people thought that it was only meant to be used during a coyote attack. He thought that the vest had a very small niche market. Pamela said that it didn’t just prevent coyote attacks. It also prevented a dog from being attacked by another dog.

Daymond said that he liked the idea but he wanted to know more about their direction with the factory. He asked them if they planned to increase productivity in their factory or get to a point where they would license the product out. Paul said that they only started the factory to get the company started and get through the first years.

Mark Cuban then left. He said that the company had several problems that he wasn’t prepared to deal with. The first problem was scaling which Daymond had addressed. Pamela said that they had a manufacturer ready. Mark said that they were ready to expand but hadn’t done it yet which made a lot of difference. 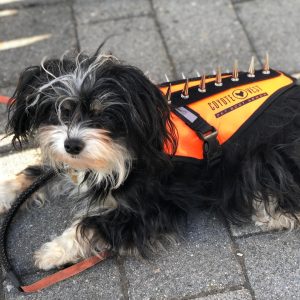 The other problem that Mark Cuban had with the coyote vest is that it was going to be a safety hazard for children and it would take a lot of hand-holding for the product to be a success. He didn’t think he was the person to do it. Kevin O’Leary then followed suit and also left.

Kevin’s problem with the business was that it had not yet made much money. They had also given it a valuation of $2,500,000 which he disagreed with given its lack of profit. Paul tried to show him the potential in the business by telling him that the suit was patented. Kevin felt that even if it was there was very little room for him to make a profit thus his exit.

Lori then left. She said that she did not feel very strongly about it but she thought it was a great product. Robert then left. He said that not all businesses were investable and Coyote Vest was one such business. He did not think that they needed an investor.

Daymond was the only shark left and Paul told him that the manufacturer that they had secured could deliver 1,000 vests a month. Daymond said that the company was at a pivotal point and it was a bit too risky for him so he too left. Paul said that they would move forward because there were many dogs out there that needed the jacket. They would work towards saving as many lives as they could.

Coyote Vest Now in 2022 – The After Shark Tank Update 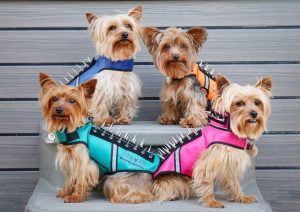 Although Paul and Pamela did not get a deal, the company has continued with its business activities. It still sells the vests on its website but they can now also be found on other online retail sites such as Amazon where it has it has a 4.6/5 star rating with more than 280 ratings. However, other retailers are also stocking the product and the website provides a list of them. The company also ships outside the United States. Coyote Vest Body Protection Armor now faces competition as tactical dog vests from other brands are also available in other retail outlets.

Coyote Vest has been featured in the Wall Street Journal, The Atlantic, Popular Mechanics, and Dailymail. It has more than 3,100 reviews on its website. The Coyote Vest Company also now provides other items such as throat guards and hawkeyes. It also has a shelter support program where they provide free vests to shelters in need.

Coyote Vest has enjoyed some success using social media to boost sales. It has more than 8,800 followers on Instagram and more than 12,900 on Facebook. These are its two largest social media pages but it also has active Twitter, and Pinterest pages. It also has a Youtube account but it has not been active on it.

The company’s revenue streams have increased to $1,000,000 and it continues to operate. The company also has continued to operate in California and it provides employment to the people in the state.  Although facing outright rejection their success before and after shows that even the experts sometimes get it wrong.