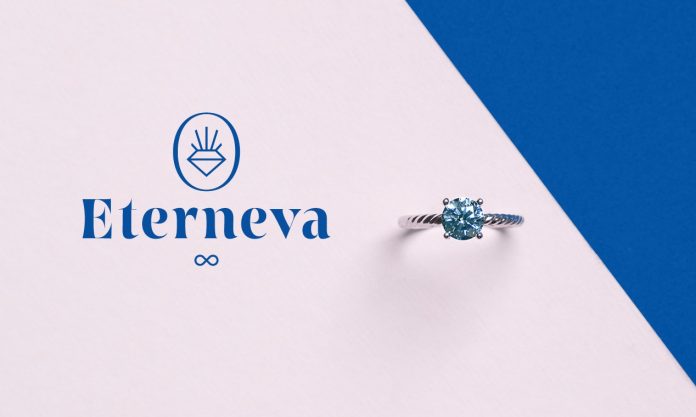 Eterneva Diamonds was founded by Adelle Archer and Garrett Ozar. The idea came to Adelle soon after someone close to her had passed – her business mentor, Tracey. Tracey was the Vice President of a customer experience for a startup technology company. Due to Adelle being one of Tracey’s apprentices, it was written out that she would be receiving a portion of Tracey’s ashes. However, Adelle, not knowing what she should do with said ashes, referred back to a conversation that her and Tracey had had earlier on.

Tracey and Adelle seemed to have a sort of ‘inside joke’ about black diamonds symbolizing their challenges within their business. Because of this, Adelle figured that she could incorporate the ashes with that symbol somehow – that’s when she realized she could have the ashes turned into diamonds. Given their joke, this idea was perfect. Adelle found a company that could turn Tracey’s ashes into a black diamond; however, the service by said company was quite poor. While Adelle was still grieving the loss of her mentor, the staff that worked with the ashes lacked empathy and respect towards her. 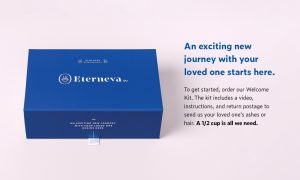 After receiving the diamond back, Adelle had questions about the company and the process. She seemed a bit unsteady about it all. She questioned whether the process of turning ashes into diamonds was even real, and if the ashes were indeed put into the diamond. Along with that, she was interested to know why this type of business had not been more known. These questions sent her down a rabbit hole in search of ‘ashes to diamond’ businesses.

Later on in 2017, Adelle Archer, and her co-founder Garrett Ozar, created Eterneva Diamonds with the purpose of creating memorial diamonds delicately and with empathy. The way it works is, one’s ashes are shipped to Amsterdam for $7,000. Once they arrive at the diamond lab, it takes about eight months for the lab to fill the ashes into the diamond – a 0.5-carat diamond. After that, the diamond is sent to be refined, shaped, colored, and mounted into the chosen jewelry.

Shortly after opening, Eterneva Diamonds had made plans to open another lab to grow diamonds in. While this company is not the first, nor the last, to start a business for ashes to diamonds, Adelle believes her business is more personal and empathetic than the competitors. Eterneva Diamonds even offers memorial jewelry for pets ashes as well. However, Adelle and Garrett want to continue to expand their business, and they believe a shark can help them get that lab for diamond growing. But will a shark want to invest? Let’s find out.

Adelle and Garrett appeared on Shark Tank seeking $600,000 for a 5% equity of Eterneva Diamonds. The entrepreneurs pitched their idea to the sharks, while explaining how the idea came about. They mentioned that they made $913,000 in sales just a year after launching and that they were going to be close to making $2 million by 2019. Before concluding their pitch, they go on to say that they do already have other investors from which they have raised $2 million from. 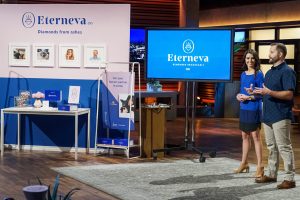 Overall, a few of the sharks liked the concept of Eterneva Diamonds; however, Mark and Daymond were uneasy about it because they didn’t think the entrepreneurs needed any other investors. At this point, the company was already quite successful and Daymond felt as if they were taking someone else’s chance of getting an investor; he was out. Kevin, on the other hand, was questioning the tech side of the business. He believed that anyone could start this business, just by purchasing a machine to make the diamonds; he was out as well.

Due to the other remaining sharks not being interested, the only two left were Robert and Mark. Mark ended up offering the entrepreneurs $600,000 for a 9% equity in Eterneva Diamonds. Given that Adelle and Garrett were seeking a 5% equity, they took a chance and tried to counter with Mark; however, he refused. Adelle and Garrett decided that Mark’s offer of $600,000 for a 9% equity was fair, so they accepted his offer.

Eterneva Diamonds Now in 2022 – The After Shark Tank Update

Shortly after Adelle and Garrett’s successful Shark Tank deal, their company, Eterneva Diamonds, began receiving negativity from a gemologist. This gemologist claimed that their company was a scam; however, Mark handled the situation perfectly. After Mark defended Eternvea Diamonds, they decided to have a public study conducted at TDI-Brooks Analytical and Chemistry Lab. This study showed that there was indeed enough carbon after the cremation for the company to turn the ashes into diamonds. More specifically, this study indicated that the company is not a scam. 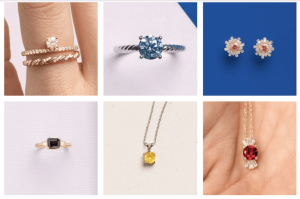 Aside from that situation, Eterneva Diamonds remains up and running successfully. The company partnered with Baylor University shortly after the airing of Shark Tank to help with grief research. They were also featured in a Forbes article, where it was stated that the company has opened labs in Germany and Switzerland as well. Eterneva Diamonds continues to grow and expand their facilities, while reaching incredible amounts in both funding and sales.

In 2021, Eterneva Diamonds was able to successfully raise a venture capital of $10 million, along with announcing that they will be continuing to partner with larger businesses. As of 2022, the company earned $7 million just from sales. Prices, as well as that services they offer, can be found on their company website. And, as for Adelle and Garrett, they’re both actively interacting on their LinkedIn accounts, and they have been seen posting daily on the Eterneva Diamonds Instagram account.