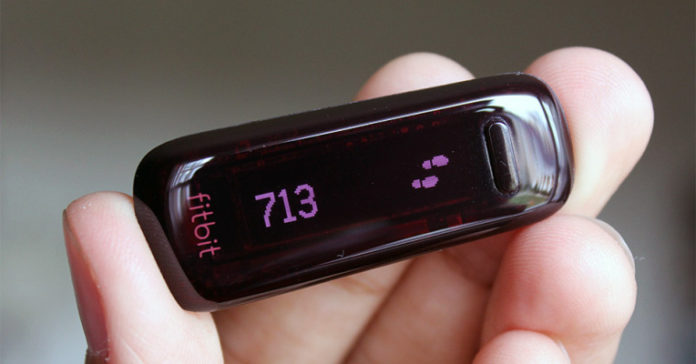 It’s been a while since my last review of a fitness tracker – and it shows. After far too many stints of testing new homebrew beers (mostly stouts to make matters worse) and plenty of good German grub, I’ve lost out on all the weight loss that I had going for me at the beginning of the year. Now tipping the scales at 275 pounds and still the same old six foot two inches, this assignment came just in time for me to put down the pint glass(es) and put my hiking boots back on. Let’s see if this little tracker can keep up, shall we?

Taking out of the box, one thing is clear. The One is a small tracker, barely 2/3rds of a finger length long, maybe 1/4th the length of one in width. In terms of design, the Fitbit One took a bit of a bold step. Instead of using the watch design like the Aria or Alta, the Fitbit One is a device that’s clipped directly onto your clothes. Now, there are extras you can buy to make it a necklace or a basic watch, but I’m going with stock this time with a sturdy clip. The clip easily snapped onto my shirt or trail pants (but didn’t fit on a belt, so maybe an extended clip could be a future option?) and stayed steady, even when jogging over uneven terrain which is common to my new Pacific Northwest home. In terms of display, the Fitbit One doesn’t do too bad at all. I actually enjoyed it more than my standby tracker (which, as stated in the intro I haven’t really touched, though that’s more a criticism of me than the tech) the Fitbit Alta. As usual, this can work as a clock, a mileage or step counter and uses an OLED display which works well even in full daylight. I will admit that despite the clip being designed well, I was afraid this attachment choice would mess up the tracking capability if worn on the shirt of someone, to put it politely, as jiggly as I have become, but this will be addressed more in the following tracking section of the review.

Anyone who has worked with a Fitbit before can tell you one thing about their apps, features, and software. Where it may not always be 100% accurate, it is incredibly well designed and intuitive. Most of your interactions with the Fitbit One will be through the App (currently being tested on Android) and it’s just as good as it has ever been. Tethered to your phone or computer through a Bluetooth connection, the One updates regularly with steps, sleep and the like and allows you to add meals (great for weight loss, but for those who want to increase weight, it’s lacking severely as my partner found out) alongside having interactive journeys. These journeys work well as both progress markers and inspiration to keep going, knowing that a few miles even through the city could unlock some amazing photos from places like Yosemite. A really good feature for those looking to gain or lose weight is the hydration tracker which allows for easy monitoring of water intake.

The device itself is likewise as handy as other models of Fitbit with the ability to use silent alarms and forward messages with a bit of finagling. As per physical features, the charging capability is great, carrying around a 2-week battery life (I got around 12 days on a good 2-hour charge) and as usual, there’s no real hassle in plugging it in like there have been for other devices. Also, there’s a little Velcro band that can attach it to your wrist while sleeping, and the One does a decent job of tracking that as well. 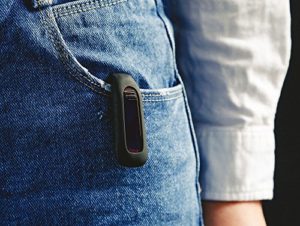 Where the Fitbit One doesn’t shine is anything outside of hiking, walking or running. Unlike many other Fitbit products, it seems to have real hang ups in dealing with any exercise that is not directly step related (even using an elliptical didn’t work out great with the One) and while technically water “resistant”, I would only go swimming with this device if I fell into a waterfall while trying to take a picture of it. This means that overall, this is a more urban oriented tracker in my opinion (if it was more waterproofed, it’d be a great hiking and camping companion too), which is by no means bad, but means that this model may sell to a different demographic than others.

So, remember earlier when I mentioned I was worried that the step counter would go a little weird with a little bit of extra padding between the device and the ground? Well, it turns out it wasn’t such a worry after all. Wearing the Alta as a backup to check with, I went on a 3 mile one-way hike. Both performed well enough with the Alta catching 2.9 miles from it, and the One making about 3.2 miles out of it, so accurate enough in a ballpark sense when working on the chest. When adjusted to the trail pants, things evened out to exactly 3 miles. This was very impressive, though I must admit after 6 miles and a 90-minute commute, I was perhaps less than ecstatic for the results and had more concern about grabbing some water.

Customization is sadly the weak point for the Fitbit One. You can name it within 8 characters if you so choose to, and you can buy 3 different colors (at different price points). Aside from the clip, you can get the aforementioned wrist brace to make it a watch, or a necklace. I honestly would have liked to see a few more options for colors and even the necklace (though I myself am not one to buy one, it could be more appealing to others). 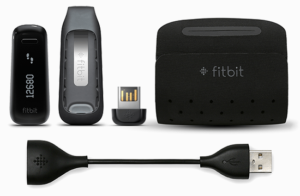 Now, we get to price vs performance. At $100 or less in most places, the price is pretty alright for an entry level fitness tracker, and can likely be found cheaper on sales. Given all the features mentioned previously, the Fitbit One is a great deal as it offers much of the same features of other higher end fitness trackers. That being said, I would have tossed another $20 at it to spruce up more of the fitness features.

All in all, I can recommend the Fitbit One for those who are looking to measure fitness outside of a gym or pool. For most working people, the price is right, the tech is good and the measurements are sufficient. The device itself is small enough to fit anywhere, whether out in the open or a bit more concealed if you so choose, which is great in more urban environments. But the big question, was it a magic bullet for fitness? No, of course not. While great encouragement, the impetus on fitness is on the individual, no matter how many cool pieces of tech you happen to be wearing (or how many finals you are studying for).