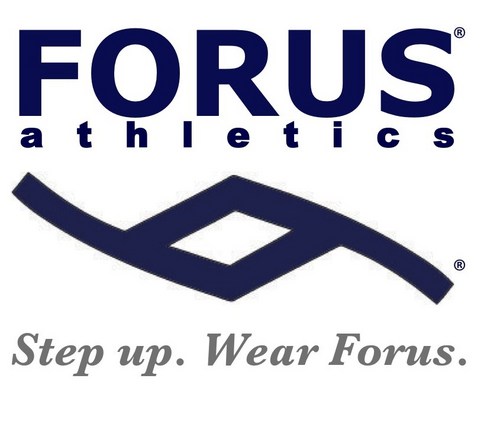 Rushing into the Shark Tank are the two entrepreneurs behind Forus Athletics, Joel Vinocur and Arsene Millogo. The two of them have come to the Shark Tank today to seek an investment of $200,000 in exchange for 15% of their company. Forus is home to some of the most comfortable walking, running, and workout shoes on the market. Forus set out to design the most shock-absorbent, yet lightest shoes available on the market today. Just by holding the Forus up to a light source, you can see exactly how much air and light is able to pass through the shoe. They are built, however, with an unbreakable stability support that only weighs a fraction of what other shoes weigh.

Samples are then passed out to each Shark, and Joel encourages each Shark to try them on and walk around. Robert points out that the shoes feel more springy than other shoes, and Arsene explains that on the bottom of the soles are a gel padding, the middle part is memory foam, and the bottom of the shoe are different engraved inserts which handle pressure points differently. Over time, as you walk, the shoe will actually fit better due to the memory foam adjusting to the person’s foot.

Lori asks about the background of the two men, and Arsene explains that he is from West Africa. He was there when war broke out in his country, and he had to run to the United States to escape the war and bloodshed in his native country. His father, unfortunately, passed away in his arms. Arsene came to the United States on a track and field scholarship for law school, and every time he ran track, the shoes that they were given were awful quality. Within a couple of weeks, the shoe was mostly destroyed. When Arsene went to China with the law school he attended, he met all the right people and made contacts with manufacturing. This means that Forus products are made in China.

Daymond asks about the economics of the Forus shoes – what are they made for, how much are they sold for, and how much sales are. The shoes range from $11 to $13 to make, and are sold wholesale for $35 to $50 dependent on the country. The shoes will then vendor from anywhere between $75 and $80. The shoes are generally sold wherever; they have a distributor in Taiwan, a distributor in Holland, and independent sales agents across the entirety of Africa. Currently, they are focused on e-commerce with a guerilla marketing campaign similar to the plan of Under-Armour, and customers so far have had a positive reaction towards Forus.

Kevin assumes that the shoe is great, but the big question is “so what?” There are hundreds of different shoes on the market, and there are several big players that have billions of dollars of the market segment locked down. So, why would Forus ever have a chance on the market and a chance of gaining share against big companies? Arsene reveals that in 6 months, sales have totaled up to $500,000, which catches the Sharks’ attention. However, Kevin wants to know the plan to increase the sales.

Next year’s forecast for sales is $2.5 million, Arsene explains, and this is based on the current estimate. The reason that sales are so low – they could be higher, Arsene reveals – is because Forus Athletics missed their sales opportunity in the perfect time window. Most people typically buy new running shoes in the spring, just before summer, but the product was launched towards the end of summer. So, by the time Forus had launched their products, they had missed a great window of opportunity.

Lori voices her thoughts; there are some major players that she isn’t sure how Forus is able to penetrate the market so strongly that Lori will be able to recover her money in a timely fashion. Lori is the first Shark out of the deal. However, Arsene reveals that in the coming year, they have actually signed deals with the top three NASCAR drivers to create a running shoe. Daymond probes for more details, and Arsene explains that he hopes to eventually work into a partnership with NASCAR to endorse the shoes. Mark and Daymond see this as attempting to gain an endorsement through odd means, since the shoes aren’t anything impressive and NASCAR is an odd choice of an endorsement due to the United States-focused appeal. 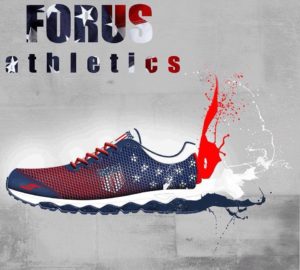 Daymond then asks how much inventory Forus Athletics has sitting around; there are about $68,000 in shoes available. Daymond questions how many stores reordered, and Arsene and Joel reveal that all of the stores have reordered. Thier biggest problem, and the main reason they came to the Shark Tank, is to find the capital that will allow them to fulfill those reorders. Kevin explains that distribution is where Forus hit the brick wall – pulling off a name brand shoe, like Nike or Adidas, and putting up the Forus shoe on the wall instead, is going to be a tremendous challenge because they are going to have to beat out those larger competitors in sales for that specific shoe. The competitors are ahead of Forus, and Kevin does not want to go on that journey with them. Kevin is out of the deal.

Mark can see that the business owns Arsene and Joel – it’s not a business, it’s Arsene and Joel’s life work. Unfortunately, the Dallas Mavericks, the NBA team that Mark Cuban owns, has an exclusive partnership with Adidas. Mark himself has a big deal with Skechers shoes, and Mark cannot find a way to make the deal ethically work. Mark is out of the deal as well.

Daymond explains that Forus is attempting to differentiate its product too much – for every new line and collection they make, they are going to have to have a variety of shoes ranging from size 7 all the way to size 13, including the half sizes. This is an intense amount of inventory, especially since there is going to be so many colors. This creates a logistical nightmare because at some point, there is going to be $4 million in left shoes tied up. While Daymond was initially on the fence about investing, he realizes that the investment is not for him, and is out of the deal.

Joel reveals that, while developing the shoes, they had a proprietary email marketing software. The email marketing takes the subject matter inside and changes the email line to include a picture of the product, which is how they intended to market the Forus Athletics shoes. The emails have images in the email header, which forces the subject to view a picture of the image without ever opening the email. However, Robert admits that you can easily do that today. Arsene says that investing in Attlo, the email image company, was his idea since he is also a programmer. Robert says that a guy who used to work for him was once the 11th fastest man in the world, but he would never run with Robert since Robert would run for 5 miles while the man would focus on running 100 meters at once.

Robert brings the example home for Arsene, and explains that Arsene is so divided in so many ways that he isn’t sure how Forus Athletics will work out. They have a NASCAR shoe prototype in the works, an email subject company, and a running shoe – this is too many battles at once. If Arsene wants to become a millionaire, it is appropriate to focus on one task and work on that.

Robert wants to make an offer, but he doesn’t know enough about inventory control and the proper systems in ensuring that Forus Athletics products are sold without issues. If Daymond would re-enter the deal and ally with Robert, Robert would make a deal, but without Daymond, Robert will not make an offer by himself. Forus could burn through $200,000 immediately, and this is why Robert demands that Daymond go in on the deal with him. However, there is probably nothing that Joel and Arsene could say or do to change Daymond’s mind, as Arsene evidently has a vision Daymond does not want to intrude upon. Daymond does not go in with Robert, and stays out.

Robert admires that Joel and Arsene are all-in, but athletic shoes are one of the areas where inventory control is critical for the proper operation of the company. Without someone like Daymond, Robert does not want to go in. Daymond does not relent, forcing Robert to concede and exit the deal as well.

Joel and Arsene do not find an investment for Forus Athletics.

Forus Athletics Now In 2022 – The After Shark Tank Update

Unfortunately, things didn’t work out for the company. If anything, they may be one of the biggest failures in Shark Tank history.

Following their appearance on the show, they received a bunch of orders. However, they ran into some issues with customs, which prevented them from delivering the product (one source claimed that they allegedly under-declared the value of their goods, which caused customs to seize and destroy their merchandise). Despite that, they continued to take new orders from customers. What’s worse, is that they would charge their credit cards without any promise of delivery.

As you can imagine, people didn’t take this too well. Before long, people started to complain on the Better Business Bureau website, and over time, they began to accumulate more and more one-star reviews. By 2016, they had more than 117 complaints on the website, almost all of which were submitted within the past 12 months. And they all had the same issue—that they never received the product after paying for it.

Many people also began to share their poor experiences on other sites. For example, one person left a comment on SharkTankBlog.com saying that they’ve contacted the company “at least 50 times” by phone and email but that they never received a response.

Eventually, the Better Business Bureau page added a fraud alert for Forus, which meant that the company has a pattern of complaints alleging delivery issues, customer service issues, and refund issues.

Not long afterward, the company finally replied. They admitted that the interval between the time of order and time of delivery has been long, but stated that it was due to them having only received a 10-day notice prior to airing on Shark Tank—that they didn’t have time to fully prepare for the orders that they received as a result. They also claimed that as “a small, emerging company”, they did not have the resources to expedite processing so it’s difficult for them to ship their product to their customers in a timely fashion.

In response, BBB sent them a letter, asking them to address the underlying cause of the complaints. They also requested that they provide them with a list of steps that they will take to prevent similar problems in the future. However, the letter never reached its intended recipient despite having been confirmed by USPS that it was delivered.

In fact, no one has heard from the company since. Given that, it’s probably fair to say that they’ve run off with the money (none of the customers were ever given a refund, as far as we can tell).

What are Joel and Arsene up to now? According to LinkedIn, the former is currently a Director at a company called ZeroFox. If anything, it looks like they’ve both put their Forus days behind them.