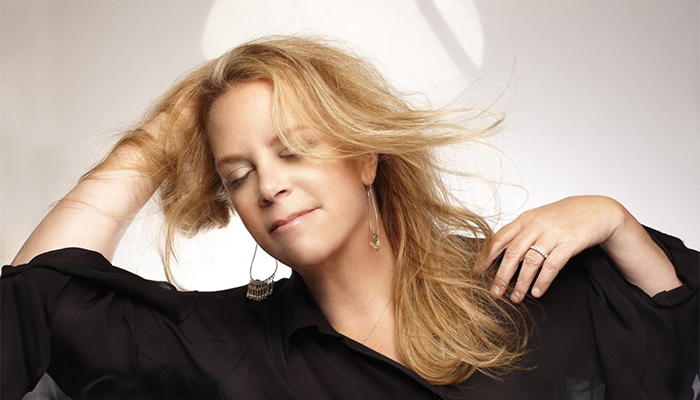 Mary Chapin Carpenter is an American country singer-songwriter best known for her fourth album, Come On Come On. Having been fond of music ever since she was a young girl, Mary began performing at local bars during her early teens in the 70’s. After impressing some music executives with her vocal talents, she eventually landed her first record deal at the age of twenty eight in 1986. The following year, she released her first studio album entitled, Hometown Girl; she would later go on to release another album, State of the Heart prior to the end of the 80’s. Working to make her way to the top, Mary continued to record several records throughout the 90’s; some of her early albums include, Shooting Straight in the Dark (1990), Come on Come on (1992), Stones in the Road (1994) and A Place in the World (1996). As of 2016, she has released well over 60 different albums and singles!

Both a talented singer and songwriter, Mary has won numerous awards for her music throughout her professional careerーincluding four consecutive Grammy Awards for “Best Female Country Vocal Performance” during the early 90’s, two Country Music Association Awards for “Female Vocalist of the Year”, and two Academy of Country Music Awards for “Top Female Vocalist”. With over 12,000,000 record sales around the world as of 2005, Mary has also been inducted into the Songwriters Hall of Fame in Nashville in October 2012. One of her best-selling records to date remains to be her fourth studio album, Come On Come On, which has since sold over four million copies and has been certified quadruple platinum by the RIAA.

Besides her music recording, Mary has performed live on a number of talk shows such as Late Night with Conan O’Brien (1997), The Rosie O’Donnell Show (1999), The Tonight Show with Jay Leno (2001) and Late Show with David Letterman (2004). On top of that, she has also made several minor appearances on the small screen in shows such as Sesame Street (1996), Life 360 (2001) and No Going Back: Women and the War (2012). A regular performer, the singer is also known to return to the outdoor venue, Wolf Trap for a performance every year in Washington.

But what has the American singer been up to as of late? What projects have she been taking on recently? What happened to Mary Chapin Carpenter? Where is she now in 2022? 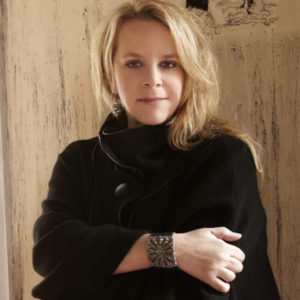 Born on February 21, 1958 in Princeton, New Jersey, Mary Chapin Carpenter is the daughter of Mary Bowie Robertson and Chapin Carpenter, who worked as an executive for the Life Magazine; she has three sisters named Camilla, Mackenzie and Sophie. Shortly after her birth, she and her family relocated briefly to Japan for a few years during the late 60’s before settling down in Washington, D.C. Growing up, she went to Princeton Day School, a private preparatory school before transferring to and eventually graduating from The Taft School in Watertown, Connecticut.

When Mary was sixteen, her parents divorcedーan event which would ultimately be the subject of one of her later songs. As a teen, she spent a lot of time with music and often found herself listening to the songs of popular artists, Judy Collins and The Beatles. A talented musician, Mary spent much of her free time during her high school days playing the piano and the guitar. However despite her musical passion, it wouldn’t be until after she graduated from The Taft School, that she would perform publicly for the first timeーwith encouragement from her father. Following his advice, she eventually performed at a local bar in the city, an experience that proved to be highly stressful for the singer who was quite shy at the time. Overcoming her timidness, she soon began to host the “open-mic night” event at the bar, a gig which she’d continue for the next few years.

Following her graduation from high school, Mary attended Brown University in Providence, Rhode Island where she later received her Bachelor’s Degree in American Civilization from in 1981. Having only seen music to be a fun hobby at the time, Mary soon made the decision to quit performing in order to pursue “a real job.” However despite this, she would find herself returning to music once again after having gone to a number of job interviews. Persuaded by her friend and guitarist John Jeggings, Mary then began to write and perform her own original songs. In an interesting twist of fate, she would ultimately land a recording deal with Columbia Records in 1986, after having her demo-tape fall out of her back pocket and (somehow) into the hands of an executive at CBS Records. 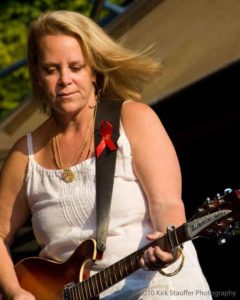 Mary released her first studio album, Hometown Girl in July 1987. Although the record got some attention upon its release, it wouldn’t be until she began to promote herself as a country singer, that she would attract a larger audience for her songs. While some of the tracks on the album were praised for its content by critics, Hometown Girl was not a commercial success and it did not chart nor spawn any singles.

A couple of years later, the music artist released her second studio album entitled, State of the Heart in June 1989. In contrast to her previous record, the tunes of State of the Heart featured a much stronger country style compared to that of Hometown Girl. Consisting of eleven tracks, all of which were written by the artist herself, the album eventually made the charts for the first time, peaking at the number twenty-eighth position in the Billboard Top Country Albums Chart and at number 183 on the U.S. Billboard 200 Chart.

After having achieved only mediocre success with her first two records, it wouldn’t be until 1990 with the release of her third studio album that she’d be recognized for her talents. Entitled Shooting Straight in the Dark, the album featured eleven tracks and elementally climbed its way up to number eleven on the U.S. Top Country Albums Chart and to number seventy on the Billboard 200 Chart. Despite its average performance on the charts however, it would give rise to the single, Down at the Twist and Shoutーa record which would eventually win the singer her first Grammy Award for “Best Female Country Vocal Performance.”

Carrying on with her newly found popularity, Mary released her fourth album, Come on Come on in June 1992. Highly considered to be one of her best works to date, the album’s composed of twelve country tunes, one of which was a duet shared with fellow country music singer, Joe Diffie. Topping out at number six on the Billboard Top Country Albums Chart, the album soon sold over 2,000,000 copies across the globe, earning it a quadruple platinum certification from the RIAA; it would eventually go on to remain on the Billboard Top 100 Country Hits Chart for more than 97 weeks. Having played a significant role in the launching of Mary’s musical career, Come on Come on eventually spawned seven singlesーall of which would later prove to be successful. 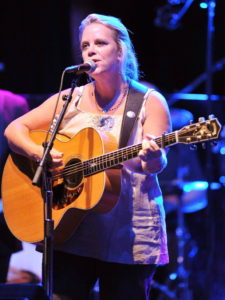 In October 1994, the country singer released her fifth studio album, Stones in the Road. Produced in part with John Jennings, the album would be her first and only record to ever reach number one on the Billboard Top Country Albums Chart. Featuring thirteen musical hits, the title track to Stones in the Road was said to have been recorded and written for Mary by country folk legend, Joan Baez himself. At the peak of her fame, the album peaked at number ten on the U.S. Billboard 200 Chart and later spawned the single, Shut Up and Kiss Meーwhich would be the first to reach number one on the Hot Country Singles Chart. Met with overwhelmingly positive reception, the album garnered the singer two more Grammy Awards that year for “Best Female Country Vocal Performance” and “Best Country Album.”

Noted for her growth as a music artist, Mary released her six studio album, A Place in the World in October 1996. Praised by a range critics from Time Magazine to the New York Post, the album peaked at the number three position on the Billboard Top Country Albums and at number thirteen in Canada on the RPM Country Albums Chart. Described by The Boston Globe to be more “heady and philosophical” than her previous albums, A Place in the World eventually lead to the release of several singles, many of which later graced the Hot Country Singles Chart. Since it was first available, the album has sold over 500,00 copies worldwide and has been certified gold in the Unites States by the RIAA.

Over the next two decades, the music artist has released eight studio albums and three compilation albums, as well as a large handful of singles. At present, she has sold an astounding amount of 8.5 million records in the world.

The singer recently released her 16th studio album, The Dirt and the Stars on August 7, 2020. It consisted of 11 tracks including Farther Along and Farther In, All Broken Hearts Break Differently, Where the Beauty Is, Asking For a Friend, and Everybody’s Got Something.

That same year, she performed with Sugarland and Tenille Townes at the Budweiser Stage in Toronto, Canada. She also participated in an online YouTube concert for Mother’s Day—one that featured several other artists including Rufus Wainwright, Loudon Wainwright, Steve Earle, Billy Bragg, Shovels & Rope, and Andrew Bird. For those who are interested, the video—which has since received over 15,000 views—can be streamed here.

And here’s some good news for fans: she’ll be going on tour later this year—her first since 2018. Her first show will be at the Luther Burbank Center for the Arts in Santa Rosa, CA on June 8, 2022. In total, she’ll be doing 43 different shows, the last of which will be at the Ravinia Festival in Illinois. And some of them she’ll be co-headlining with Emmylou Harris.

She’s also been active on social media. Aside from Instagram (@m_ccarpenter), where she’s amassed 48.7k followers, she also posts on Twitter (@m_ccarpenter). She also has an official Facebook page, which is updated on a regular basis.