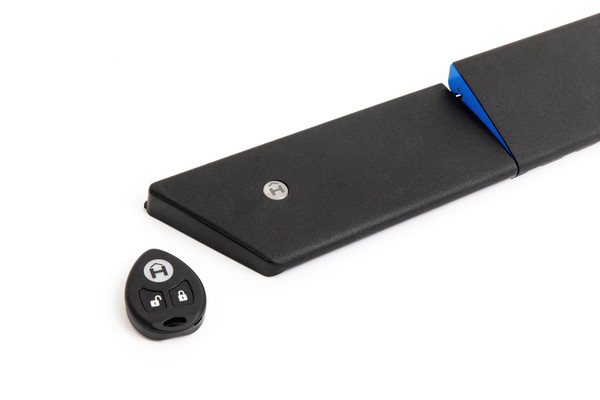 HavenLock was founded in Franklin, Tennessee, in 2014 by Alex Bertelli and Clay Banks. Alex Bertelli is a Special Ops helicopter pilot veteran. He is also the receiver of many awards such as, the Bronze Star with Valor, the Distinguished Flying Cross, the Boeing Rescue Award, and the Air Medal with Valor. It wasn’t until after all of these successes that Bertelli retired from the armed forces and met his co-founder Clay Banks while on deployment in Afghanistan. Between the two of them, HavenLock was created soon after. But how did they come up with the idea?
While on duty, Bertelli often noticed that many people were protecting their homes by securing the doors with three steel bars; one at the top of the door, the middle, and the bottom. While this method may be more secure than the traditional deadbolt lock, securing those three steel bars every time had to of been a hassle. This realization is what led Bertelli on his journey to create a simpler, yet effective way of securing homes. After some thought and planning, Bertelli and Banks came up with the HavenLock wedge. Bertelli and Banks both figured this device was the perfect alternative to safely securing homes after they had known of break-ins occurring throughout their neighborhoods. 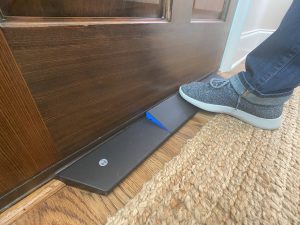 The HavenLock wedge is a one-of-a-kind blue tooth locking system that can be controlled on a phone or using the included key fob. This system was made with a military-grade steel, along with polycarbonate and nylon, making it 10x stronger than a standard deadbolt. By using the key fob or the Haven app, homeowners can secure their homes with just a push of a button. Doing so sends a signal to the HavenLock, which is when the wedge will raise and lock in place at the bottom of the door. This tactic ensures families peace of mind while HavenLock immediately alerts the owner and stops potential break-ins before they can happen.
The initial concept of HavenLock was thought up by Bertelli while he was on duty overseas. He decided to incorporate the standard three-bar method into his creation, which helped him to successfully design his first prototype. Banks, on the other hand, was the mastermind of handling the business venture and economic development of the HavenLock business. Between the two founders, they were able to get their business up and running pretty quickly, with two varieties of the HavenLock. There’s the Mech model, which is a manual-locking system that costs $189 and then there’s the Connect model, which comes with app accessibility and a key fob, that costs $350.
Shortly after starting up their business, the HavenLock team did attempt to involve the product in the Kickstarter campaign in 2014; however, that plan was unsuccessful. From there, they focused on bettering their business, but they felt like an extra boost was needed. Bertelli and Banks decided that they needed a Shark to guide them through marketing and effective cash for production. But is a Shark likely to invest in the HavenLock?

On April 7, 2019, Bertelli and Banks made their appearance on Shark Tank in hopes of receiving an offer of $500,000 for a 6% investment in HavenLock. While presenting the product, Bertelli explains to the sharks how effortless it is for an intruder to kick through a door that is only secured by a deadbolt. Using the sample door provided, Bertelli kicked the door repeatedly to prove his claim; however, the door did not move an inch. The sharks had quite some fun with this demonstration as they were laughing while he continued to kick the door.
After some time, Bertelli achieves his goal of kicking in the door and the entrepreneurs continue on with their pitch. They mention that they have made about $250,000 in sales and that their business is going good so far. They also explained that, not too long before appearing on Shark Tank, they accomplished an order for 100 Arkansas schools due to HavenLock being effective for lockdowns. 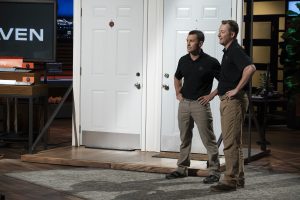 As impressive as HavenLock is, the sharks didn’t seem to be too interested in investing in the business. Overall, the sharks didn’t like the margins, and Mark Cuban made that clear as he voiced that he was out. Kevin O’Leary was also out; he believed that Bertelli and Banks would have a hard time reaching scale, and he did not want to be included in that. Next up was Barbara Corcoran. Following Mark and Kevin, she explained she was out because she didn’t think she would ever make her money back if she had invested in HavenLock.
It came down to the last two sharks and, so far, their chances of receiving any offer wasn’t looking too good. Lori Greiner spoke first; she thinks HavenLock is a smart creation, but she thinks the business is too new to invest in, so she was out. The only shark to be remotely interested in investing was Daymond John; however, he stated that he would need to take more than the entrepreneurs hoped for, so he was out as well. All in all, Bertelli and Banks were told that they would go down in Shark Tank history, although they did not receive any offers on HavenLock.

HavenLock Now in 2023 – The After Shark Tank Update

Although Bertelli and Banks had an unsuccessful experience on Shark Tank, their HavenLock business is still up and running as of 2023. Actually, just before the episode aired, the entrepreneurs received great news about a partnership with Terminix. This partnership deal was for all Terminix customers across at least 11 cities to receive a HavenLock system. Of course, they’re working on making this deal nationwide as well. 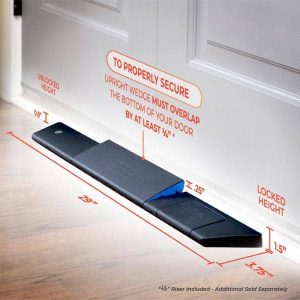 As of 2023, the business has a revenue of around $4 million and has experienced a major rise in sales after being seen on Shark Tank. And, as mentioned, HavenLock did appear on a worldwide airing of “Shark Tank Greatest of All Time Special” in February 2020. On this special, the business was featured as one of the “Greatest Pitch Fails”, as Mark Cuban expressed that their pitch was the funniest one yet. Overall, HavenLock seems to be doing good and continuing to stay in business with many happy customers.
Share
Facebook
Twitter
Pinterest
WhatsApp
Previous articleEmazing Lights 2023 Update- What Happened After Shark Tank
Next articleHeidi Ho 2023 Update- What Happened After Shark Tank