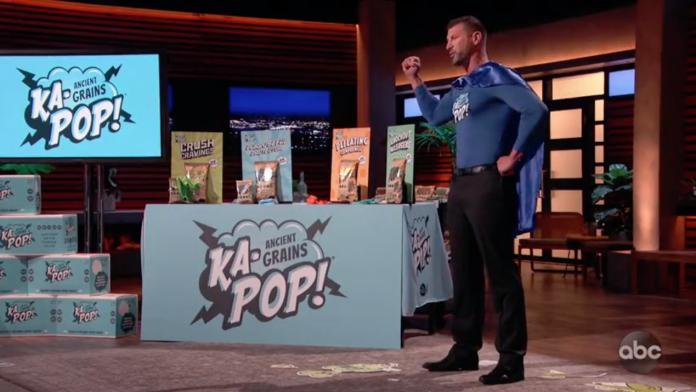 Sorghum is an ancient grain that has been almost untouched in the snack industry. Sorghum is a naturally gluten-free, filling, nutritious, and very healthy grain, so it’s a surprise that almost no healthy snack uses this ingredient. Dustin Finkel knew the potential sorghum grains had on the snack industry, so he set out to create a healthy sorghum-based snack.

In 2017, after weeks of experimenting with different methods and flavors, Finkel came up with flavored sorghum-based chips. He gave his neighbors, friends, family, and his picky six-year-old son samples; they all seemed to like it. With positive reviews on his sorghum chips, Finkel founded Ka-Pop and put his product on the market. 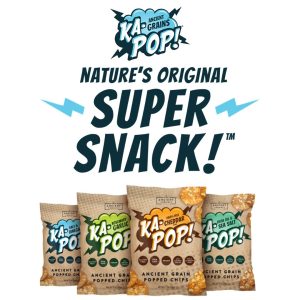 Finkel came up with four Ka-Pop flavors: Rosemary Garlic, Salt and Vinegar, Dairy-free cheddar, and Olive Oil and Sea Salt. All Ka-Pop flavors are gluten-free, vegan, nutritious, and delicious; perfect for a healthy snack. Ka-Pop’s best-selling flavor was the Rosemary Garlic chips which gained tons of love from consumers.

Before Shark Tank, Ka-Pop chips were mostly sold online through the company’s website and Amazon, along with a few Whole Foods and 7-Eleven stores. Finkel believed his idea had great potential and could take over the healthy snack market. To help the company grow and reach its potential, Finkel went on Shark Tank to find an investor that could help his business build a brand and expand distribution.

Dustin Finkel was on season 11 of Shark Tank. He pitched Ka-Pop seeking $350,000 for a 5% stake in his company. Finkel explained how sorghum has never been modified or altered and remains in its original form. He told of the ancient grain’s nutritious value, which includes protein, fiber, and minerals. He gave each shark samples of Ka-Pop chips. The sharks loved the flavors and were interested in the idea. 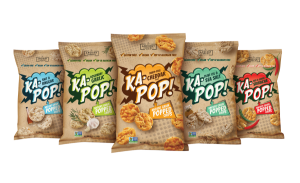 Finkel told the sharks his background: he had been in the food industry for 13 years, before which he had worked as an investment banker. Finkel worked on several brands and nutritious food products before launching his first start-up, Ka-Pop. Finkel reported that the company had $150,000 in sales the previous year and is on track to do $1.2 million in 2019. He also stated that the company is making an average of $60,000 per month and is steadily growing in profits.

Ka-Pop had enough money in the bank to expand, and Finkel’s goal on Shark Tank wasn’t just to raise funds. It had always been his dream to pitch his company on Shark Tank, and he seized the opportunity when he wanted to expand Ka-Pop. He believed the sharks would help his company grow using their experience, resources, and connections.

Rohan wanted to know what’s to stop other brands from knocking off Ka-Pop’s idea of using ancient sorghum as their main ingredient. Finkel claimed he had experience building brands and believed he could do the same with Ka-Pop so other competitors wouldn’t be successful in knocking him off.

Barbara Corcoran thought Finkel was a great salesman, and he had a successful company, but she didn’t believe she could help it grow in any way, so she was out.

Mark Cuban agreed with Barbara, but he believed Finkel oversold the company, so he was out.

Rohan Oza commended Finkel’s sales technique and claimed he would gladly hire him as a salesman. However, he believed Ka-Pop is still in its early stages and would require too much work to ensure the company stays strong in the market, so he was out.

Lori Greiner had the same concerns as Barbara; she didn’t think she could help the business, so she was out. 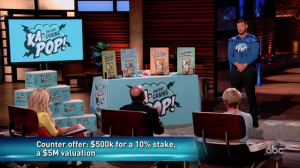 Kevin O’Leary was interested in the concept of ancient grains, but he believed 5% equity is too little. Kevin offered $350,000 for 17.5% at a $2 million valuation, much lower than Finkel’s original $7 million valuation.

Without securing a deal, Finkel left the shark tank empty-handed. He believed his company could successfully grow without the help of a shark.

Despite not securing a deal with a shark, Dustin Finkel was still able to grow Ka-Pop into a successful business. In less than two weeks since the episode aired, the company made more sales than it did during its entire first year. Ka-Pop’s appearance on Shark Tank created a massive spike in sales which paved the way for the company’s future. Due to the astonishing sales numbers, Finkel projected $10 million in sales for 2021.

Seizing the opportunity of the increasing sales the company was experiencing, Ka-Pop announced a new product: sorghum-based puffs. Ka-Pop chips found their way to massive stores and supermarkets such as Kroger, Sprout Farmer’s Markets, Thrive Markets, and even more Whole Foods and 7-Eleven locations. Ka-Pop’s chips have received many five-star reviews and love from its consumers. 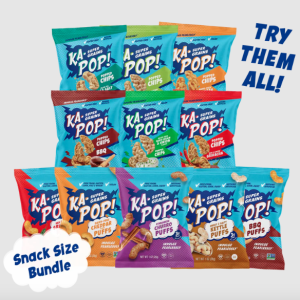 In 2022, Awakened Foods started offering co-packing services for healthy food and snack products; this allowed the company to expand to more than just a healthy snack holding company. Ka-Pop has launched many different flavors since its appearance on Shark Tank. These flavors include: Cheddar, Cinnamon Churro, Sriracha, and Barbecue puffs; Sweet Onion, Dill Pickle, and Fiery Hot flavored ring; and most recently in 2022, Ka-Pop updated its roster of products by releasing limited-time Green Chile Puffs.

Bubba’s Fine Foods Nut Mix was ranked the best-selling Nut Mix on Amazon. In 2022, the company reported $5 million in annual revenue. Allied Market Research projected the gluten-free market to reach $7.5 billion by 2027. Awakened Foods is one of the leading brands in that field and is expected to continue to grow as the market evolves.

Dustin Finkel proved Ka-Pop’s success without a shark’s help. He was able to rapidly grow his company and watch it successfully takeover the healthy snack market. Merging with Bubba’s Fine Foods to found Awakened Foods proved a successful business decision and allowed his company to continually grow and take its spot in the market.

Ka-Pop is expected to grow even further as part of the Awakened Foods family. We can expect new updates, flavors, and chips to be released as the company broadens its distribution. You can find more information and updates on Ka-Pop on their website here.