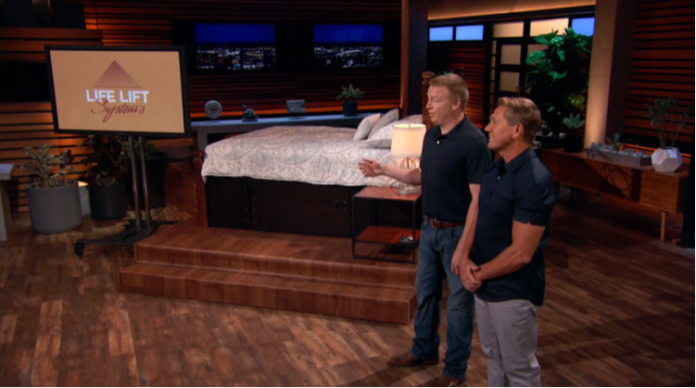 Life Lift systems is a safety device that was developed by Levi Wilson and Tim Todd to keep people safe during tornadoes. Wilson and Todd are from Oklahoma which is a tornado-prone area.  It experiences an average of 60 tornadoes annually. Todd has even experienced two tornadoes in his lifetime with the first one destroying his grandparents’ house. The event happened while he was still a child. These experiences are what motivated the pair to invent Life Lift Systems, a tornado shelter.

The United States is hit by around 1200 tornadoes annually meaning that there is a lot of demand for tornado shelters. The Life Lift System is a vortex, telescopic vault that can even be used as a bed. It only takes 60 seconds to rise.

Life lift is also developing a pool table, kitchen table, and workshop table that can be used to hide the shelter when it’s not in use. Their system is strong enough to withstand an EF5 tornado. An EF5 tornado has winds with speeds of 250 miles per hour wind and the objects that it brings with it such as cars.

Wilson and Todd had got the business up and running successfully but they still needed more capital. This is why they applied to be on Shark Tank. Their bid was successful and they were on the 13th episode of the 10th season. 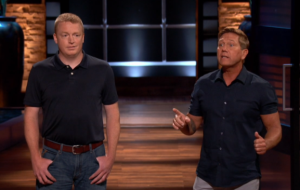 Wilson and Todd went on Shark Tank seeking $555,000 for 15% of the company. They brought one of the shelters onto the show for the Sharks to see. The system that they brought comfortably fit four of the five sharks. Air circulation was the sharks’ first concern but Wilson showed them that it had vents all around that were covered.

Wilson said that it is taken into a home piece by piece and then assembled in the spot where the owner wants. Lori then asked if it could go down when somebody was in. Wilson told her that there is a battery that will switch off and prevent such a thing from happening. Todd then gave them his history facing tornadoes.

Lori asked where people normally put the shelter. She was told that finding the right spot to put it is normally a major problem for people but many put it in their garage or pour a slab. Charles Barkley then asked what their sales were. He was told that they had sold 119 units in the past 3 to 4 months which was the period of time that they had been in business.

Robert asked how they had sold them and was told that they mainly relied on social media and advertising for sales. Kevin asked if they had installed them all and was told that they hadn’t they were in the process of doing so. They will also try to get some into the wholesale market. Charles then asked them what revenue they had recorded in that period.

Wilson and Todd told him that their revenue was $550,000 in the 3-4 month period that they had been in business.  The sharks commended them for it. Barkley then asked them what their cost of production was. He was told that it was costing them about $3600 to make them and they retailed for around $4850. The sharks thought that this was not enough.

Cuban suggested that they charge more. Wilson was hesitant to do this. Kevin thought they could get people to pay $9000 for it. Todd said that it was a new company that had been in operation for at most 6 months. For them, there was still a lot to learn about business.

Charles asked them if it was their full-time job. Wilson said that he ran a machine shop while Todd was in marketing. Kevin then asked if they had a patent. Wilson told them that the telescoping system was patent pending. 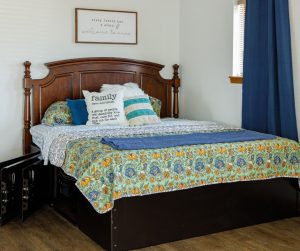 Cuban strongly urged them to increase their sales price. Todd told him that their priority was to find installers across the nation. Wilson and Todd were also asked how much they had invested in the company and were told that they had invested $250,000. Barkley asked them how they had got their valuation. Wilson told them he based it on their sales and what they projected future sales to be given their current sales.

Cuban said that he loved the idea so he offered them the $500,000 they asked for but for 25% of the company. He said he was willing to finance the business further as they grow and would help in making new contacts. Lori said that she would do the same.

Wilson then decided to partner with Mark. He took Mark Cuban’s offer of 25% for $500,000. Todd said that they thought the idea would grow very fast thanks to Mark’s offer.

Life Lift Systems Now in 2023 – The After Shark Tank Update Life lift Systems has witnessed major changes since the time it was started in 2008. For starters, the company changed its name to Vortex Vaults. They have continued to market their product on social media and boast of more than 6,500 followers on Facebook. They are still located in Oklahoma.

Their profit margins have increased to approximately $4,000,000 annually and the company now has a valuation of $15,000,000. It continues to provide the best shelter to those who need it in the worst of times.