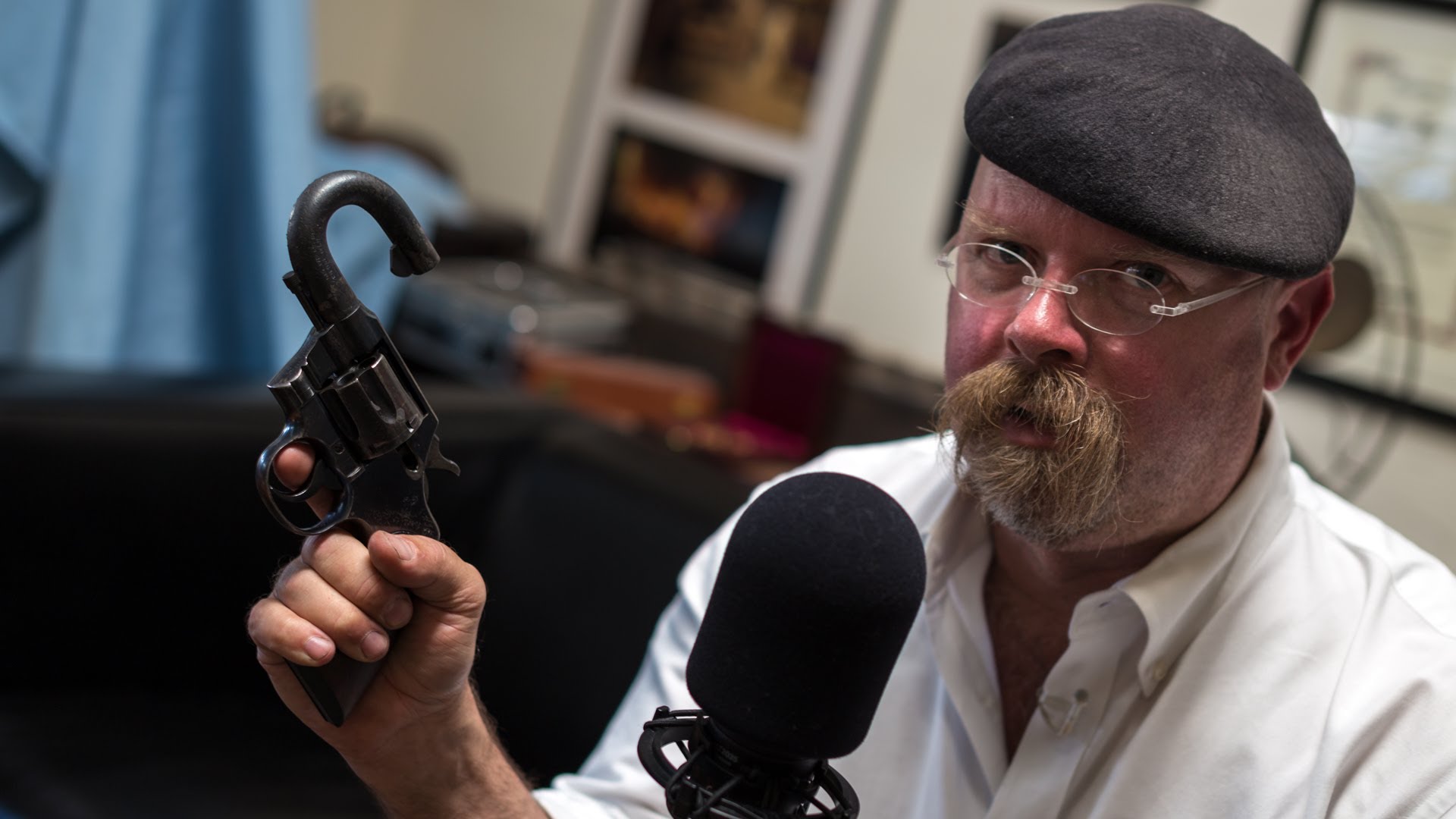 Peter Rees’ MythBusters was a smash hit with a very long tenure on the Discovery Channel. Hosted by two special effects experts, Jamie Hyneman and Adam Savage, the program sought to test and disprove common misconceptions to the public. MythBusters recently completed its fourteenth full season, which marked the departure of both Hyneman and Savage. The question now remains as to where the two former hosts are going to proceed. Jamie Hyneman has an answer.

Before we examine the future, however, it’s important to look back to the past. 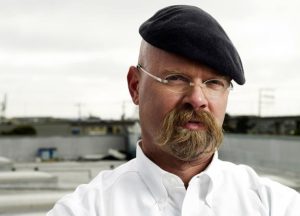 Hyneman was born on September 25, 1956 in Marshall, Michigan. Hyneman claimed to be a “problematic kid”, hitchhiking around the country at the young age of 14. After graduating from a high school in Columbus, Indiana, he attended Indiana University and received a degree in Russian linguistics.

Instead of moving to Russia, however, Hyneman chose to pursue odd jobs in nontraditional fields. For example, Hyneman worked as a certified dive master, machinist, and animal wrangler before finally making his way into special effect work in the mid 80s. One of his first gigs was on the set of popular show Top Gun. Following his brief, uncredited stint there, he filmed special effects in commercials and served as an animatronics technician in various films. Notably, he entered a mid-90s competition named Robot Wars with future MythBusters co-host Adam Savage, creating and sending into the arena a combat robot by the name of Blendo. Hyneman also created his own special effects company, M5 Industries.

All of this was second in impact and prestige, however, to his stay on MythBusters.

So what was MythBusters? Essentially, it was a show that sought to test the validity of popular, commonly believed rumors, adages, news stories, and more, through special effects-heavy tests and experiments. Using the scientific method, the goal would be to recreate the “myth” as well as possible and show it beyond doubt to be true or disprove it as a falsehood.

Future executive producer Peter Rees initially pitched the show as Tall Tales or True, which would seek to retell and pick apart myths and tall tales. After rejection from Discovery, however, he refined his idea to instead test key points of popular myths through science. Discovery accepted this pitch and agreed to a three episode pilot, which soon expanded into the series that is enjoyed today.

During the search for somebody to host the show, Rees contacted a myriad of special effect experts, including Jamie Hyneman. Hyneman had been previously interviewed by Rees on Blendo from his Robot Wars competitions, and Rees asked him to prepare a casting video for consideration as a future host. Hyneman was eventually chosen as the sole host of the show, but insisted that former brief partner Adam Savage be brought on as well, claiming that his solo host would be incredibly uninteresting. 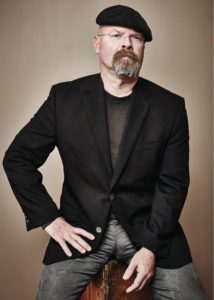 As a result, MythBusters in its original iteration was formed. Using locations at Hyneman’s company, the pair began to film. Although a new team of Hyneman’s employees would be added in the second season (the Build Team, whose original members were Kari Byron, Tory Belleci, and Scottie Chapman), Savage and Hyneman were and always would be the most recognizable MythBusters.

Hyneman’s demeanor was an impossible-to-miss part of his brand. For practically every episode, he wore a dark beret, light, frameless glasses(or occasionally sunglasses), and a white button up over a black shirt. His consistent style alongside his bushy mustache and deep voice gained him the nickname of “the Walrus” from his team.

Savage and Hyneman became an inseparable duo, and it’s nearly impossible to discuss one without mentioning the other. Savage was the yin to Hyneman’s yang. Where Savage was energetic and impulsive, Hyneman was logical and calm, constantly knocking Savage’s insane ideas down and simplifying his crazy approaches. These key differences in personality and methodology led to a couple of very memorable show competitions while testing certain myths. What links the two together beyond their shared status as hosts is the title of “skeptic”; they book seek to find the truth in everything that they do, and MythBusters is an ideal avenue for this.

Aided by a seemingly endless supply of societal falsehoods, MythBusters quickly became one of the most popular programs on the Discovery Channel, running for 14 full seasons and 282 total episodes before the departure of the two co-hosts. Discovery is looking to host a reality show to find the next hosts for upcoming seasons, but it’s impossible to argue that the show will be the same after the departure of two of the most recognizable faces on television.

Hyman recently appeared in the documentary Spaz, which centers around special effects artist Steve Williams. Released on March 14, 2022, it was his first television appearance since Mythbusters in 2018.

According to IMDb, he will also be featured in an upcoming film titled, Attack of the Doc!. Directed and written by Chris Gore, the documentary will revolve around G4TV and the live television program, Attack of the Show.

Aside from that, it doesn’t look like he’ll be making any other media appearances.

As far as we can tell, he will be a non-tenured faculty member who will teach hands-on skills in a workshop or lab setting. Not only that, but he’ll also be giving lectures and helping students. Regarding the position, Hyneman stated that “[he] hopes to participate in the university’s activity on a wider scale” and that he would like to get involved with “environmental issues and different types of vehicles that are close to [his] heart.”

If anything, it’s not too surprising as he’s always been actively involved with projects at the J. Hyneman Center, a prototype lab at LUT that’s named after him. For example, he has helped students design a telepresence robot and electric super bike in the past.

During the pandemic, he also worked on and designed better PPE for healthcare providers, which earned him a Bicentennial Medal from the Indiana University Bloomington School of Public Health. While the specifics have not been revealed, the work was at least significant enough to receive their recognition.

Earlier this year, he also visited the Finnish carbon capture company, Soletair Power, where the company’s CEO explained their technology and how they are able to capture carbon dioxide from the air. Following the visit, Hyneman stated that the “innovations [had] impressed him” and that they had “an insightful discussion.”

He also recorded and shared a message to the people of Ukraine via Ukraine’s official Twitter account, which as of this writing, has been liked more than 46.5K times. In it, he also tells Russian soldiers to “go home” as they “[should] know what [they’re] doing is wrong.”