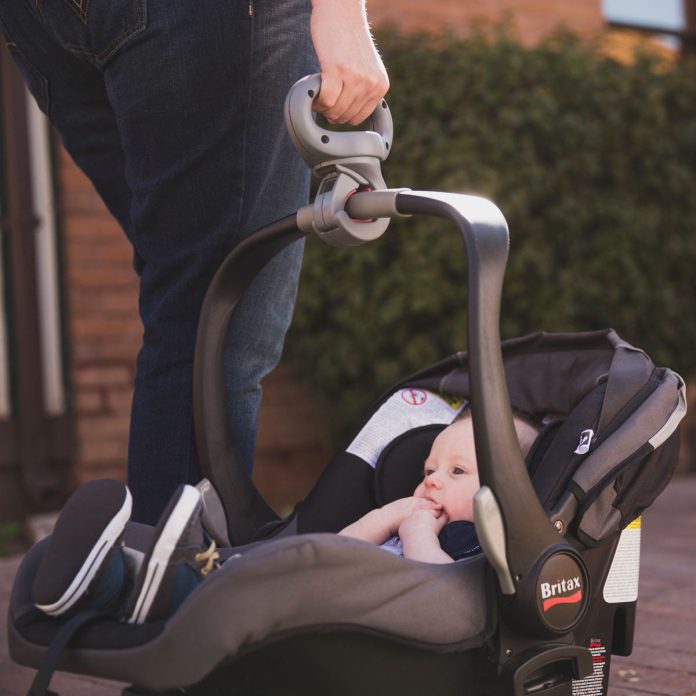 Anyone who has ever carried a baby in a car seat knows the inconvenience and potential pain that comes from, both, the twisting of one’s wrist and the feeling of the car seat hitting their legs while carrying it. Many despise these aspects, but one individual in particular took the initiative to potentially solve them.

In October of 2015, a motivated father by the name of Nathan Day launched a product that, he believed, would aid parents and make their days of carrying their baby in a car seat much easier. What was that product? The LugBug – A portable, lightweight handle that clips onto a baby’s car seat to allow parents to hold the seat while keeping their hand in a comfortable, safe position.

This product was thought up after Nathan Day, while carrying his youngest daughter, displaced his shoulder after the car seat had struck his leg from behind. Following the incident, Day had been told that the hit had essentially knocked his arm and wrist into an abnormal stance, resulting in him being appointed to search for medical treatment. It was at this time that he became determined to find a solution in hopes of reducing this incident from reoccurring in the future. His overall dream, at this moment, was to

“solve the world’s ergonomic problems one infant carseat at a time.” 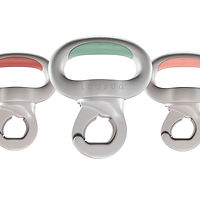 Day had spent a great deal of his time studying further into the ergonomics of how much of a strain a car seat carrying actually puts on the body. This is when he found multiple studies showcasing that parents have experienced a multitude of pains due to the stance the body is put into while carrying a car seat. He then conducted further research, only to discover that there weren’t any car seats on the market that allowed parents to carry their child in a way that is safe on their bodies. Thus bringing him to the conclusion that, what parents really need, is a product that makes lifting and carrying the seats easier, while providing stability in their grip. That’s where the LugBug came into play.

Shortly thereafter, Day began working to make the LugBug a reality. Drawing up sketch after sketch to nail down the design he’d had in mind, and after reviewing various models of the invention, the sought after result had been achieved. After officially launching the product in 2015, Day received a mass amount of enthusiasm and acceptance of the LugBug, with the majority of that approval coming from a wide range of mothers.

About three years after the launch, in October of 2018, Day was set to air on Shark Tank to display the product in hopes of winning over the sharks approval. However, about a week before the show aired, the LugBug was seen being sold out across, both, Amazon and the LugBug company website with no promised disposition of inventory restocking. Had Day run out of the means to produce the product? And if so, could a ‘yes’ from a shark revive his company and help him turn a profit?

After Day voiced his pitch and handed out samples of the product to the sharks, Robert Herjavec’s, one of the sharks, wife made an appearance with her newborn twins in their car seats and the LugBug attached. Her only key claim was that the LugBug certainly had made her twins more comfortable to carry. Once the demonstration had concluded, it was the sharks turn to pronounce whether they were in or out. 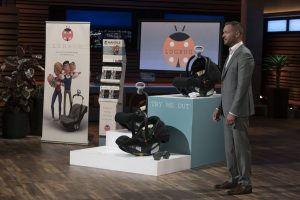 Robert Herjavec, who chose to showcase a demonstration of his own, showed Day and the other sharks an alternative way to carry a baby carseat. This way had been recommended to Herjavec by his licensed pediatrician and did not require any additional tools, like the LugBug. Following his demonstration, Herjavec essentially stated that the product was not necessary and that he couldn’t buy the company if he couldn’t buy the product. He was out.

After hearing Herjavec’s take on the LugBug, the other sharks stated their takes. Overall, Mark Cuban and Kevin O’Leary believed the product was a good idea; however, they weren’t too sure about many would purchase it or how future sales would turn out. Barbara Corcoran complimented Day as a great salesperson, while adding in that his choice to contribute such a large sum of money to the patents prior to the sales boost was a bit off. Lastly, Lori Greiner liked the product and believed it was a smart choice; however, she also believed that it’d be better to pitch to a carseat company to be licensed.

Unfortunately, after hearing each of the sharks claim they were out, it was made clear that the LugBug had failed to impress them quite like Day had hoped. At this time, Day had to accept that he would be leaving Shark Tank without receiving a contract.

LugBug Now In 2023 – The After Shark Tank Update

After appearing on Shark Tank in 2018 and leaving the stage without a contract, the LugBug company does not give the impression that they are doing too well. Since then, product sales have dropped tremendously. As of February 2023, the LugBug handle is no longer found when searched for on Amazon, where it once was a big hit. In addition to that, the handle has been marked as ‘sold out’ on the LugBug company website for a few years now, with no clear evidence of its return anytime soon. The only products in stock on their website are their children’s apparel.

The LugBug Company does have a Facebook page up; however, their last post was in June of 2017. They also have an Instagram account, with their last post showing up from July of 2019. As for Nathan Day himself, he has a LinkedIn page, which states that he is still the CEO of LugBug as well as the CEO of Cypress Development Group. His LinkedIn profile also appears to have no recent posts. Nonetheless, due to the company website still being up, at this time, it is safe to say that the LugBug company is, at the very least, on hold.